With an Election Approaching, Turkey Tightens Grip on Social Media 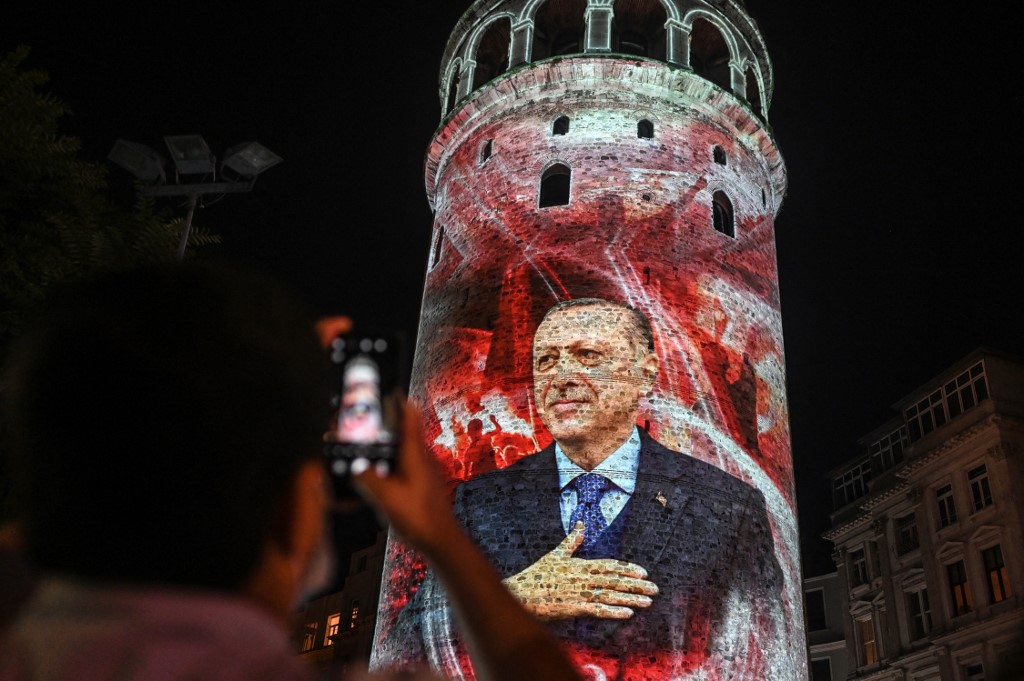 Last month, Turkey declared war on disinformation with the passage of a 40-item law designed to govern how information is shared online. But by legally enshrining the power to regulate the country’s online discourse, Turkish authorities have made it even harder for the public to access news and brought new penalties for merely stating an opinion.

Free speech and the media in Turkey have long been under assault. Since President Recep Tayyip Erdogan’s Justice and Development Party (AKP) came to power in 2002, media ownership has been consolidated by pro-government entities, which has eliminated editorial independence and led to the jailing of hundreds of journalists.

In 2021, 241 journalists were prosecuted and 115 were physically attacked, according to the Turkish Journalists’ Association. Publishing news today essentially requires the government’s permission. Turkey ranked 149 out of 180 countries in Reporters Without Borders’ 2022 World Press Freedom Index – worse than Somalia, Libya, and the Democratic Republic of the Congo.

The denial of press freedom has been growing under Erdogan’s extended presidency, leading to public distrust of the media and further polarizing society. A recent report by XSIGHTS, a UK-based consultancy, found that 82 percent of Turks distrust the media, with the highest rate of suspicion among those aged 18-24. In 2018, 70 percent of Turks viewed the media as dishonest.

With traditional press muzzled, Turks have turned to social media for their news. YouTube has become a frontrunner in this trend. Journalists such as former anchorwoman Nevsin Mengu have left primetime television to launch their own YouTube channels, with undeniable success. Mengu’s channel is approaching half a million subscribers, proof that Turkey’s independent media isn’t dead, it’s just moved.

For AKP, that’s a problem. The less restrictive and more independent nature of the internet is why Erdogan has been actively searching for ways to regulate it. The disinformation law – dubbed the “censorship law” by the public – is one elaborate attempt to do so.

For example, Article 34 of Law No. 7418 brings new restrictions to social media platforms such as Facebook, Twitter, and Google. Previously, platforms could opt out of sharing IP addresses of its users. Now, the Turkish government has the power to shut platforms down for withholding such information. Furthermore, if these platforms fail to comply with government requests, they will be banned from receiving ad revenue and Turkish companies advertising with them will be fined.

Then there is the much feared Article 29, which states that individuals who spread “misleading information” can be jailed for up to three years.

Sadly, none of this is new; Turkey has already been jailing journalists and citizens alike for less. In 2014,  singer and public figure Attila Tas was prosecuted and jailed for a tweet that read: “If Edison had seen these days, he would not have invented the light bulb.” Tas was poking fun at AKP’s light bulb logo, but his tweet was used as evidence to link him to the Fetullah Gulen organization, which Turkey considers a terrorist organization.

Even legitimate news is being restricted and criminalized. For instance, within hours of Sunday’s deadly terrorist bombing on Istanbul’s Istiklal street, Turkey’s radio and television regulator issued a broadcast ban, which was followed by restrictions on social media. The government’s immediate policing of news is an attempt to control the narrative. But despite all its efforts, it fails. Ordering a media blackout during times of unrest only leads to public unease and further distrust towards the government.

The ongoing erosion of the media landscape over the last decade has necessitated the birth of independent watchdogs, such as Dogruluk Payi and Teyit, organizations that have been battling fake news long before the government.

In a study published last month, Teyit identified five newspapers that have spread significant amounts of misinformation since October 2016. Yeni Akit, an Islamic-conservative daily newspaper viewed as a government mouthpiece, was the most prolific, publishing 117 news items containing disinformation. Sabah, a pro-AKP newspaper, was second with 73 fake stories. And yet, while AKP goes after independent bloggers and online journalists, pro-government news outlets keep churning out falsehoods.

With the June 2023 general election fast approaching, it is natural that AKP would want a tighter grip on the political narrative, and this legislation is clearly aimed at keeping AKP in power.

What makes no sense is the failure of Turkey’s political opposition to stand in their way. Of 134 members in the Republican People’s Party (CHP), the main opposition party in Parliament, only 40 were in attendance for voting on the disinformation law, while just 15 of the 56 Peoples’ Democratic Party (HDP) members were present. If free speech is being targeted by AKP, the country’s opposition shares in the blame.

After decades of journalists being jailed, news agencies being shuttered, and free speech being criminalized, AKP’s leaders seem to think they themselves control the news. If Turkey’s opposition continues its senseless acquiescence, that headline will essentially write itself.