What If Artificial Intelligence Does Away with All the Jobs? 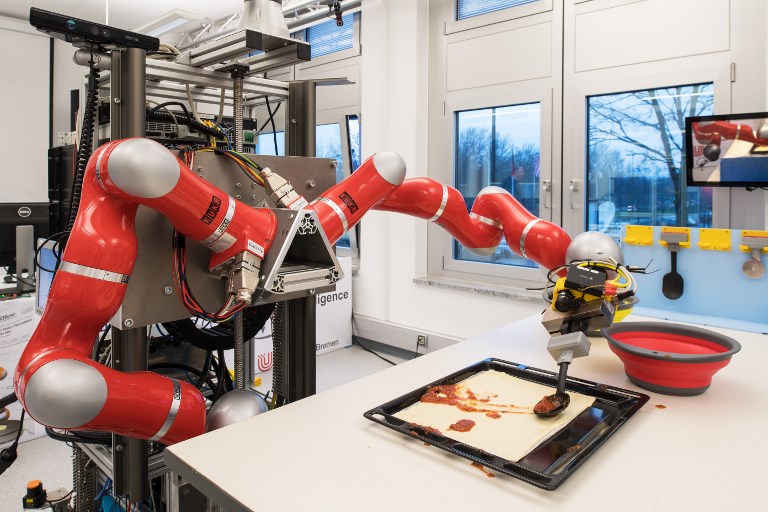 For a while, it seemed that Universal Basic Income might be the magic solution to the predicted imminent destruction of all our jobs.

Great leaps forward in robotics and artificial intelligence are already threatening widespread human redundancy, with the first largescale cull looming for anyone who drives for a living. Companies from General Motors to Google offshoot Waymo are racing to be the first to flood the roads with completely autonomous cars.

In Dubai – a city rapidly emerging as a pacemaker for technological change – the emirate’s Autonomous Transportation Strategy envisages that a quarter of all journeys in the city will be automated by 2030. Transportation upheaval is just the beginning of the disruption threatened by the so-called Fourth Industrial Revolution.

The world is already experiencing what economists call “job polarization.” As demand for the “middle-skilled” decreases, so the demand for both highly paid, highly skilled and poorly paid, low-skilled workers is increasing. In 2017, Tesla chief executive and futurist Elon Musk told the World Government Summit in Dubai that in the face of looming human redundancy, some form of Universal Basic Income (UBI) would be inevitable.

He isn’t alone among new-age disrupters in suggesting that the only way for the world to offset the social chaos they are masterminding is to give everyone a regular, unearned income. UBI has also been backed by the likes of Andrew Ng, chief scientist at the global technology company Baidu, and Ray Kurzweil, the futurist and director of engineering at Google.

Kurzweil, who believes machine intelligence will be indistinguishable from the human kind before 2040, is also certain that “free money” will be commonplace by then. Adopting a basic income for all, he says, will “help society think creatively [and] develop new industries.”

Work, goes the broad argument, is an outdated concept. Many economists envisage a new world economic order in which the increasingly wealthy drip-feed the rest of us with just enough to keep us in food and shoes, and off the streets. In this utopia/dystopia, the mass of humanity will be free to do what it likes: knit hats, paint watercolors or, perhaps, learn a new skill to carry out one of the few remaining tasks for which human beings are required – or even create some new ones.

But there are a couple of snags to this vision, one of which was highlighted last month in a report on a two-year Finnish experiment in UBI. Between January 2017 and December 2018, 2,000 jobless Finns received an unconditional basic income of €560 euros ($630) a month, enough to cover their basic needs and free them to look for work, training or creative inspiration. Unsurprisingly, everyone liked the free money. But they were no more likely to find work – or invent something beneficial for all humankind – than people who weren’t part of the experiment.

This isn’t the end of the road for UBI. Variations on the Finnish experiment are under way and one of them might yet prove that this system, or one like it, is workable.

But if UBI proves not to be the solution to impending worldwide joblessness, then what on earth is?

As with climate change, there is clearly a need for radical thinking – thinking that may well demand the abandonment of long-established norms, such as divisive notions of race and statehood, that promote insular self-interest. But, as with climate change, such changes are unlikely to be considered until it is far too late to pull them off.

Locked into the status quo, nations have little choice but to continue competing and rare is the nation in the developed world that isn’t currently scrambling to establish itself as a world leader in the new technologies. In the UK, the government has founded an AI Council and pledged £1 billion to develop a technical skills base. In February, Omar Al Olama, the UAE’s 29-year-old minister for artificial intelligence, launched a “Think AI” initiative, inviting companies to use his country as “a test bed” to “to help the country and [its] people … benefit from the hype of AI.”

But before the UAE or anywhere else is transformed into an experimental playground for Silicon Valley visionaries, a scheme must first be in place to deal with the potential consequences, including widespread unemployment.

Last year the European Union’s Scientific Foresight Unit offered a reassuring assessment of the digital revolution’s impact on jobs. “On examining the literature,” the authors concluded, “we can be optimistic about the future.” In the past, technological innovation had always driven job creation, creating as many or more opportunities as it destroyed.

But the innovations of mass production triggered by the inventions of steam power and electricity bear no comparison with the unprecedented upheaval threatened by the Fourth Industrial Revolution, and hoping that, somehow, fresh jobs will be created in the process is dangerous wishful thinking.

And jobs aren’t all that are at stake. While the first Industrial Revolution may have transformed the world temporarily for the better, to the boom in human development and population it triggered can be attributed all the problems we now face as a species, from the existential threat of climate change to the socially disruptive ramifications of the Fourth Industrial Revolution.

We have a narrowing window of opportunity in which to take back control of the speeding driverless car that is hurtling us toward a precipice of unconsidered consequences. At the very least, we should apply the brakes until we’ve figured out how to survive the impact.