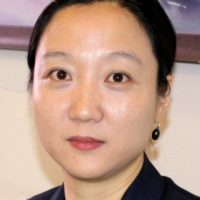 Much has been said about the strategic importance of Chinese President Xi Jinping’s recent state visit to Saudi Arabia, during which he also attended the first China-Arab Summit and the first China-GCC (Gulf Cooperation Council) Summit. China is expanding its influence in a region that remains one of the most strategically critical in the world due to its energy resources.

With the decline of the US presence in the Middle East, China’s engagement with Saudi Arabia, a longstanding ally of Washington, and with other Gulf countries, is viewed with suspicion from America. In particular, the contrast between the grand, high-profile reception Riyadh laid on for Xi and President Joe Biden’s rather understated trip earlier in the summer, is illustrative of China’s rapid ascension in the Middle East. It is a rise that may even be displacing the US as the region’s most prominent external superpower.

Many practical considerations have brought China and Saudi Arabia, and other Gulf countries, closer. As the biggest crude oil importer, China is Saudi Arabia’s largest trading partner. The Russian war in Ukraine has driven up energy prices and sparked a supply crisis, leading China to push to protect its sources of crude oil. Based on this alone, there is no doubt that ties between China and Arab countries will continue to grow. China is the largest consumer of Middle Eastern oil, with 47 per cent of its imports coming from the region. With energy security at risk, China has a personal stake in the stability of Gulf countries and broader peace and security in the region. China fears that the US has the ability to sabotage its energy supplies from the Middle East and therefore Beijing sees a dire need to consolidate its influence there and minimize its vulnerability.

China is hoping to reach carbon neutrality by 2060, which aligns with Saudi Arabia’s desire to shift away from fossil fuels to greener energy, such as hydrogen and solar. Saudi Arabia is also investing heavily in new infrastructure projects, such as those related to the NEOM megacity. This provides rich commercial opportunities for China, which has vast experience building large-scale projects around the world.

The decades-long alliance between Washington and Riyadh has endured despite the fundamental difference between their systems of governance, but there have been times when this has caused friction. China, on the other hand, follows the principle of non-interference in other countries’ internal affairs. Therefore, the internal politics of Gulf countries is not an issue for China.

But along with their shared interests, it is important to also understand the limitations in China-Saudi relations, especially in terms of the pace and scope of the cooperation they will pursue. For the 34 investment deals the two sides signed during Xi’s visit, it is entirely unclear as to the nature of the arrangements and the countries involved.

What is more intriguing is the Chinese plan to increasingly use its own currency, the yuan, instead of the dollar, to pay for oil and gas from the Gulf. Xi said China would use the Shanghai Petroleum and Natural Gas Exchange, a state-backed national energy trading platform, for this purpose. The move would be a threat to the dollar’s dominance of the global oil market. Using Chinese yuan was reported earlier this year as Saudi Arabia’s relationship with the US cooled. Given China’s desire to boost its currency for global payments and the significance of China’s energy trade with Gulf countries, it is understandable why China would push for this.

However, Saudi Arabia does not seem to have embraced the proposal. The Chinese media has also dialed back its cheering of the step, recognizing that the energy trade is severely subject to the constraints imposed by geopolitics. It now looks unlikely that China will push the same issue in the near future.

While the Gulf countries are getting closer to China, they still maintain critical ties with the US. The regional dynamics and internal politics might be shifting, but it is too early to assume that China is anywhere near to displacing the US as the security guarantor. This is evident in China’s lack of meaningful involvement in regional security. Beijing has developed a nascent desire for a more active role, but an effective result remains to be seen.

Another important limitation for China’s role in the Middle East lies in its tradition of balancing diplomacy. China has historically remained neutral between Saudi Arabia and Iran, and between Israel and Palestine. With Beijing’s rapidly growing engagement with Gulf states, the question is whether China has abandoned this approach. It is possible that China regarded a 25-year cooperation agreement signed in March 2021 with Iran as adequate assurance to Tehran that Beijing is still pursuing close ties with both camps. However, Iran was angered by a reference to its island disputes with the UAE in the China-GCC joint statement. China tried to make up by sending Vice Premier Hu Chunhua to Iran on the same day. But as Hu is stepping down from the Politburo, the political significance he carries is limited.

In this sense, whether Xi’s trip to Saudi Arabia suggests a deviation of China’s traditional approach will be a key issue in the future. If China begins to favor one side, it will lose one of the most important diplomatic levers that have contributed to its diplomatic success in the region.