Fall of Kabul: Vietnam Just Welcomed the US Vice President. But Will the Taliban Ever Host an American Factory in Afghanistan? 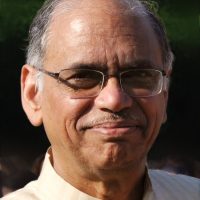 As the Taliban took control of Kabul, the TV commentariat was full of analogies from the fall of Saigon. The memes of desperate people waiting to board US helicopters in Saigon in April 1975 and Chinook helicopters hovering over the US embassy in Kabul in August 2021 do indeed provide a striking parallel. But the similarity ends with the images and the human suffering they represent. The shallow comparison is a false premise to draw any political conclusions. The people who sought to flee Vietnam were attempting to escape an authoritarian political future, while the Afghans fear plunging back to a dark past. The Vietnamese communist government’s modernization plan eventually included a large role for America; not so for any intentions involving the medieval theologians of the Taliban.

Sure, the Saigonese initially feared that the conservative communist rulers would impose cultural austerity. Black cotton pajama pants would replace the popular denim jeans; nail polish and lipstick, among other such things, would disappear. But soon the Saigonese were mocking the country-bumpkin soldiers. They found North Vietnam’s communists envied South Vietnam’s lifestyle and wanted it for themselves.

After the war, Vietnam’s modernization plan counted on massive amounts of US aid and an economy based on modern technology. Indeed, in the first three years after its victory, Hanoi desperately sought to establish diplomatic relations with America. For while Vietnamese strategists relished their historic victory over the US, they understood that the real long-term threat to their security came instead from China, across the border.

They knew their history. For much of the first millennium of the common era, China ruled Vietnam. The next thousand years were marked by repeated Chinese attempts to reestablish control over the country. Vietnamese leaders expected Washington to get over its humiliation of defeat and to appreciate Vietnam’s traditional role, which Richard Nixon once defined as “a cork in the bottle of Chinese expansionism.”

But seduced by the idea of a modernizing China, Jimmy Carter and his national security advisor, Zbigniew Brzezinski, embraced Deng Xiaoping’s China as a counterweight to the Soviet Union. It was no surprise that Hanoi then turned to Moscow when faced with imminent threat by the Chinese-backed Khmer Rouge in Cambodia, which led to a decade of debilitating conflict between the two Indochinese states.

The fall of the Soviet Union reshuffled American interests. Now, it needed a strategic counter to China, and the value of Vietnam became apparent. There can be no better, continuing illustration of that than US vice president Kamala Harris’s visit to Vietnam as America’s presence in Afghanistan crumbled. While in Hanoi, she urged Vietnam, the very country that drove the US out 46 years ago, to embrace strategic relations with the US.

While the Taliban set up a red line for American departure, the Vietnamese were at first relieved to see the Americans go, but then just as keen to welcome them back as economic and intergovernmental partners. This year, Intel boosted its investment in Vietnam by half a billion dollars, on top of its initial outlay of $1 billion in 2006. Coca-Cola first began to invest in Vietnam in 1994, and today its products are everywhere in the country. And on August 25, vice president Harris opened in Hanoi the Southeast Asia regional office of the US Centers for Disease Control.

As the Taliban continue their brutal policy – it is wishful thinking to imagine otherwise – I was reminded of a very different experience in Saigon in 1975, where I served as a correspondent for the Far Eastern Economic Review.

On May 1 that year, I was pondering breakfast after a series of sleepless nights and adrenalin-fueled days of reporting – my dispatch the previous day was the last by a foreign journalist before the North Vietnamese cut the telex line to the outside world. There was a knock on the door. Outside my apartment stood a green-uniformed Vietnamese soldier – known as bodoi – with a large handgun.

Startled, I let him in so he could check that I wasn’t harboring any old-regime soldier. He was clearly disappointed and embarrassed. But I could not fail to notice his wistful look at the eggs and bread on my kitchen counter. He readily agreed to my invitation for breakfast. While my unexpected guest, the dreaded Vietcong, put down his gun and heartily tucked into an omelet, I showed him the latest issue of my magazine, which I’d recently received from Hong Kong.

Fortuitously, the cover image showed Chinese communist leaders against the backdrop of a large painting of Vladimir Lenin. The young Vietcong could not recognize Mao or Zhou Enlai, but suddenly spotted Lenin and excitedly repeated, “Le-nin, Le-nin.” He left clasping both my hands in thanks. Even in the enemy lair of Saigon he thought he had found a comrade.

I am reminded of this story as I read about the Taliban looking for infidels in house-to-house searches. Nothing could show the difference between the enemies the US faced in Afghanistan and Vietnam more clearly than the attitude of all three to intellectual history. America is guided by John Locke, Vietnam, at least formally, by Hegel through Marx; both countries may argue about the contours of freedom, but both are dedicated to giving their people a form of modernity. The Taliban, however, want to return to an Arabian past going back some 1,400 years. What followed the communist victory in Vietnam, and what is likely to ensue now that the Taliban have triumphed, stem from this fundamental difference.