US Sanctions Impose Tough Decisions for India on Iran 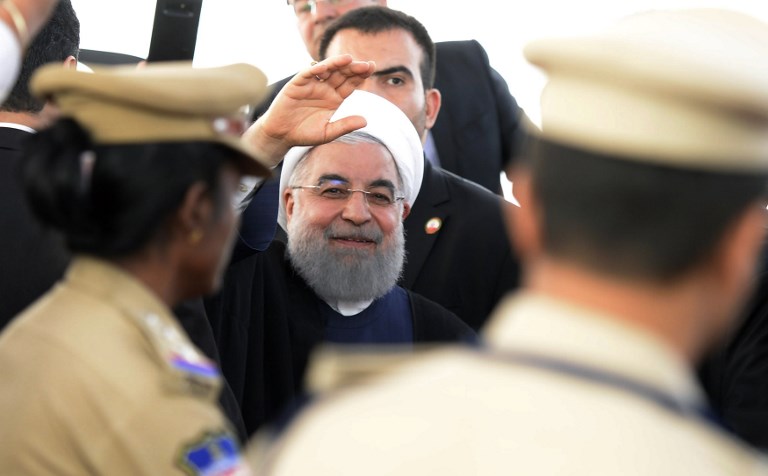 As President Donald Trump tightens the grip of US sanctions on Iran’s economy, India finds itself walking the tightrope, attempting to steer clear of US penalties while preserving relations with Iran. The US-India 2+2 summit in New Delhi on September 6, which brought together US Secretary of State Mike Pompeo and Defence Secretary Jim Mattis with their Indian counterparts, was an opportunity to discuss possible exemptions for India’s energy trade with Iran when US sanctions enter fully into effect on November 4. From New Delhi’s perspective, although India cannot afford to ignore US sanctions, it also cannot afford to sour relations with Iran by halting oil purchases.

Under the previous round of international sanctions on Iran, India found itself in a similar situation. Back then, however, India – along with a handful of other consumers of Iranian oil – managed to secure waivers from the Obama administration, allowing it to continue to buy oil from Iran, albeit in smaller quantities. Doing so allowed the Obama administration to walk a fine line between hurting the Iranian economy and protecting the oil markets from a shortfall in supply. Between the introduction of UN-mandated sanctions in 2006 and the signing of the Iran nuclear deal in 2015, Iran’s share of India’s oil imports collapsed to 6 percent from 14 percent as India’s import bill doubled in size to $116 billion from $47 billion.

This time, India’s foreign minister, Sushma Swaraj, has said that the country will ignore unilateral sanctions not mandated by the UN. Despite the rhetoric, however, in practice New Delhi will find it difficult to defy US sanctions. As a result, New Delhi has been lobbying the Trump administration behind the scenes for similar waivers over its oil trade with Iran. To please Trump, the Indians have even committed to help tilt the balance of trade with the US, including by agreeing to buy over $2 billion of US oil.

Nevertheless, New Delhi would cringe at the suggestion of foregoing Iranian oil supplies completely, which currently represent around 10 percent of India’s total oil imports. From an economic perspective, India suffers from a ballooning energy import bill due to rising oil prices and a depreciating currency against the dollar. Record-high retail prices for fuel, moreover, have sparked large protests that risk hurting the ruling, Hindu-nationalist BJP’s position in elections next year.

Meanwhile, Iran has offered India – its second-largest buyer of oil – steep discounts on shipping and extended credit periods on oil purchases. In the past, Iran had also agreed to accept payments for oil in Indian rupees when European sanctions against Iran’s central bank in 2012 precluded the use of the euro. Given the rupee’s loss in value against the dollar and the upcoming elections, the prospect of cheap Iranian oil priced in rupees is likely to prove too enticing for Indian policymakers to resist.

To offset the lure of Iranian oil, the Trump administration has pushed the US’s oil-rich allies in the Gulf to increase production in an attempt to lower oil prices. In late June, Opec members – which include Saudi Arabia and other GCC states – and Russia agreed to increase production by one million barrels a day.

Beyond the economic effect, however, India faces the geopolitical risk of souring relations with Iran if it were to halt purchases abruptly. Iran, via its charge d’affaires in New Delhi, Massoud Rezvanian, has warned India not to attempt to replace Iran’s crude supplies, adding that such a move would put India’s “special privileges” at risk. His remarks were interpreted in New Delhi as a reference to Chabahar port, in which India has attempted to secure a foothold since the 1990s. India views the port as an essential component of its connectivity to Afghanistan and to its proposed International North-South Transit corridor, a route meant to bypass the Suez Canal and provide a shortcut for trade with Central Asia, Russia and Europe.

Although India Ports Global – India’s government-owned port-management company – has signed an 18-month contract with Iran to run the port’s operations, New Delhi is concerned that a considerable reduction in oil purchases would provoke Tehran into seeking a larger Chinese involvement in the port, which overlooks the Gulf of Oman. New Delhi is already concerned with China’s investor presence in several ports in the Indian Ocean, including the Pakistani port of Gwadar located at a short distance from Chabahar. Because India fears that China could use these ports to encircle it in its own neighborhood, it therefore seems likely to take the risk of losing Chabahar over to the Chinese quite seriously.

Ultimately, in an ideal world, New Delhi would rather not be forced to make a choice between complying with US sanctions and importing Iranian oil. In 2012, Obama spared New Delhi from having to make such a choice by granting India exemptions over its energy trade with Iran. Trump, however, has proved rather unpredictable, and whether he will force New Delhi to choose is still an open question.