No Change Under Trump in US Policy on the Middle East 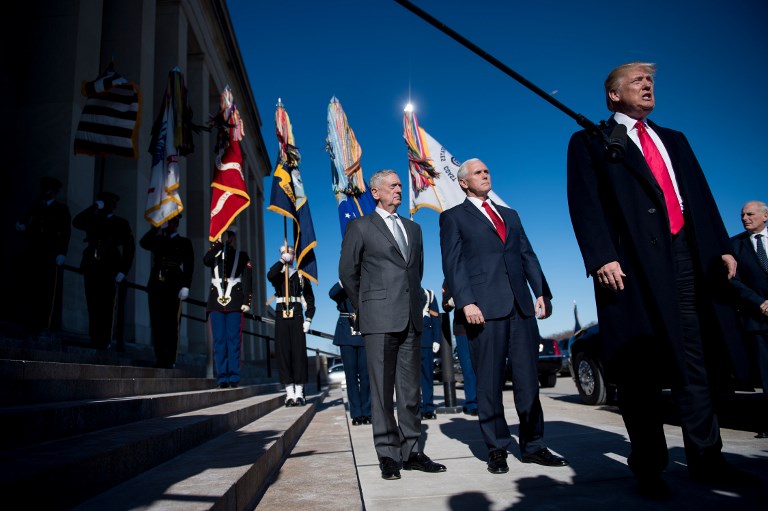 When it comes to US foreign policy, President Donald Trump seems to believe that all politics is local. Maybe because the president has been focused on reelection since his first day in office, his interest in the Middle East has been a function of winning over Jewish-American votes and funds for 2020. Everything else, Trump has delegated to the Washington establishment, which has – for its part – maintained America’s traditional foreign policy, despite claims to the contrary by many observers and analysts in and outside the US.

Trump has therefore made friendship with Israel the centerpiece of his own foreign policy, and has become the only sitting US president to visit the Western Wall in Jerusalem and the first president to presumably recognize that city as the capital of Israel. Loving Israel also means hating Iran, a position that the US president has gladly taken.

Yet despite his photo-ops and theatrics, Trump has not altered the traditional, non-partisan, US foreign policy in any significant way.

Israelis knew that Trump’s kind of recognition was not a game-changer, yet from their perspective, it is only prudent to take whatever they could get, even mere diplomatic hype.

Similarly, the world’s anti-Trump forces pretended as if the US president had signed off the whole city to the Israelis. The anti-Trump forces launched a counter campaign to reaffirm that East Jerusalem would be the capital of a Palestinian state, a position that does not necessarily contradict Trump’s “recognition.”

Like hyping up his ambiguous position on Jerusalem, Trump has also made a big deal out of his hazy position on Iran. On the one hand, Trump ended the inconsequential “Certification to Congress” about Iran’s compliance, but never escalated Washington’s position on the Joint Comprehensive Plan of Action (JCPOA), also more commonly known as the nuclear deal with Iran. Had Trump planned to scrap the deal, he could have broken the international consensus required at the Security Council, thus activating articles of the automatic snapback of international sanctions on Tehran.

So while Trump has given the impression that he has recognized an undivided Jerusalem as the capital of Israel and that he has “put Iran on notice,” a closer look shows that his policy has been so far a game of smoke and mirrors. He wants Jewish-American voters to believe that he is Israel’s best friend, and accordingly deserves their support, but he also does not want to burn down the house or depart from the traditional US foreign policy on the Middle East.

Where Trump’s style has resulted in a parting of ways with the previous administration is in his hands-off approach toward issues like Syria, Iraq or Yemen. Trump trusts his generals, first and foremost his Secretary of Defense James Mattis, and has accordingly entrusted the defense department with implementing Washington’s policy in the Middle East.

While Mattis has followed the pre-Trump blueprint of the war on ISIS, he has redefined the mission in such a way as to prevent all non-state actors, including Iranian satellite militias, from reoccupying liberated territories in Syria. The new anti-ISIS mission has put America at odds with Iran and its allies, interrupting the Iranian effort of connecting Iran and Iraq to Syria and Lebanon.

With Trump in power, the days when the White House micromanaged military campaigns, at times demanding clearance of all airstrikes on ISIS in Iraq and Syria, are gone.

Trump has shielded the military by opting for secrecy. The Pentagon stopped announcing its troop levels in areas of conflict, thus depoliticizing the number of troops and resources needed for Middle East missions.

However, Trump’s style in foreign policy is nowhere near the radical ideas he promised on his campaign trail. It turned out that Trump had no “secret plan” to defeat ISIS in 30 days. He simply let the previous administration’s war plan against ISIS run its course, while leaving holdout officials in place. Also, unlike his promise, Trump has yet to shred the nuclear deal with Iran, with reports now suggesting that he is urging the Europeans to sign on his plan to merely “improve” the JCPOA.

With his hands-off style, Trump has effectively delegated foreign policy to the Washington establishment, reserving for himself a margin to conduct his “salesman” theatrics that he thinks can help him win a second term in 2020.

For US allies in the Middle East, Trump’s policy means that while amateurish schemes such as a “grand bargain” with Iran, and illusions like subcontracting Syria’s stability to Russia, are over, Trump should not be perceived as an adventurer or a gambler, despite his bombast.

The American president might say many things that he thinks will help his reelection in 2020. But in reality, US foreign policy on his watch has been so far the traditional American policy, built around safeguarding national interests, first and foremost security, followed by facilitating trade and the flow of natural resources. Washington’s relations with friends and foes will follow accordingly.