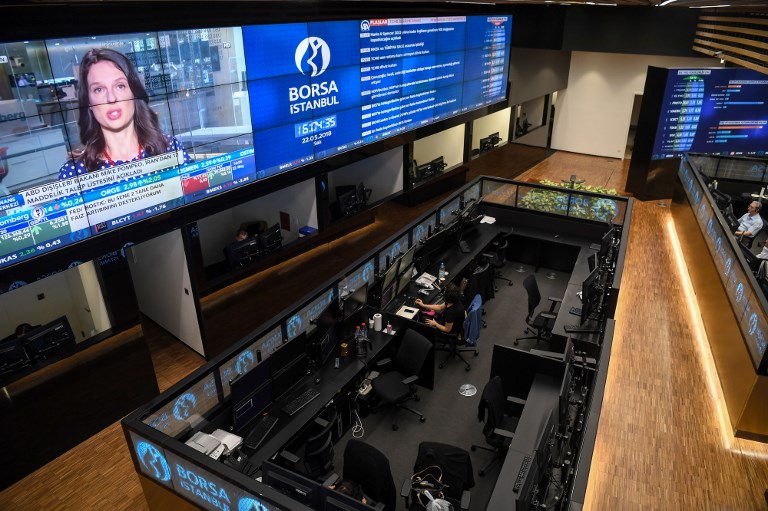 Soon after Recep Tayyip Erdogan won last month’s presidential and parliamentary elections, all eyes were on whether he would adopt a more conciliatory political tone and take steps to reform the economy. But true to form, Erdogan wasted no time in crushing early hopes of magnanimity in victory and pragmatism in the economy. The new cabinet unveiled last week validates the view that Erdogan will continue with more of the same. This is bad news for international investors who were betting on rapid structural corrections in monetary and fiscal policy.

When Erdogan visited London in May, a few weeks before elections, he shocked investors by telling them exactly the opposite of what they hoped to hear. “Of course, as president, it is normal for me to have something to say about how the central bank should take decisions,” he bluntly asserted. He was also quick to add that he would exert greater control over monetary policy after the elections. Markets reacted swiftly and the Turkish lira lost 10 percent of its value in 24 hours. The central bank had to quickly intervene with a large 3-percentage point hike in interest rates.

Following that rate decision, some were also heartened by the fact that Erdogan then sent to London the deputy prime minister, Mehmet Simsek, a market-friendly former Goldman Sachs investment banker, to do damage control. Well, they are no longer so heartened. Now that he won handily, it turns out Erdogan was true to his original word of wanting to control the economy. Simsek is no longer part of the cabinet. Finance Minister Naci Agbal has also departed. Committed to sound financial management and standard economic principles, these two were practically the only names that provided comfort to global investors.

Erdogan has audaciously showed that he has no need to soothe investors’ nervousness with his pick for a new combined ministry of treasury and finance: his son-in-law, Berat Albayrak, whose name is often mentioned as a potential successor to Erdogan. A new political dynasty now seems in place. Albayral was minister of energy in the previous cabinet and his new appointment crushes any hope that good sense and responsibility will reign in economic matters. With the new presidential system, Erdogan has also given himself the power to more tightly control monetary policy. No one doubts that Erdogan will soon pick as head of the central bank an economist who shares his unorthodox view that higher interest rates, paradoxically, cause faster inflation.

It would be an understatement to say that market reaction to the new cabinet was far from positive. The lira weakened versus the dollar by 3 percent in a matter of hours after the new cabinet names hit the news. Stocks fell, with a 3.7 percent drop in the banking shares leading declines. Ten-year treasury bond yields soared to over 17 percent and credit default swaps also widened. The next step will be for credit-rating agencies to cut Turkey’s ratings deeper into junk territory.

With his son-in-law at the helm, the soon-to-be-declared national budget will probably turn on the fiscal taps to boost spending in major urban centers such as Istanbul, Ankara and Izmir. Elections never end in Turkey, and the next one will be municipality elections in March 2019. He can ill afford a slowing economy before these local polls.

This is also why no one expects a major change on July 24, when the central bank holds its next meeting. Erdogan is not likely to approve any increase in interest rates and may even demand a cut. After all, in Erdogan’s world view, the best cure to high inflation is to lower interest rates. He is also not happy with the construction sector – the engine of the economy and of employment – showing signs of weakness under higher mortgage rates. Never mind that inflation continues to soar and is predicted to inch toward 20 percent by the end of the year, if current trends hold.

Unless there is a sudden change in plans to subsidize vast infrastructure projects – like the new Istanbul airport, priced at $11 billion, and a $13 billion, 45-kilometer-long canal linking the Black Sea to the Sea of Marmara – there is no reason to expect a change in the trajectory of inflation.

The fact that many businesses have borrowed in foreign currencies means their debt burden has risen as the lira surrenders value, making things worse. Private-sector companies currently owe more than $245 billion in foreign debt, equivalent to nearly one-third of the country’s overall economy. The biggest risk is with Turkey’s short-term private debt and its potential impact on the solvency of banks. Most banks have been lending to consumers at attractive rates. This was made possible thanks to cheap short-term financing in dollars and euros with the hope that low interest rates would continue at home and in the West indefinitely. Now that Europe and the US have started hiking their borrowing costs, the situation is rapidly changing.

Turkey is particularly exposed to European banks that have been lending to their Turkish counterparts generously. These banks will now expect higher returns. If they decide to rapidly back away, the solvency of the entire Turkish financial system will be at stake. It is never a good sign when the three-letter word, IMF, is mentioned as one of the options for troubled emerging markets. Turkey has been there before and it is now entirely up to Erdogan to shield it from such a recourse. He will have no one to blame if the IMF has to be called in.