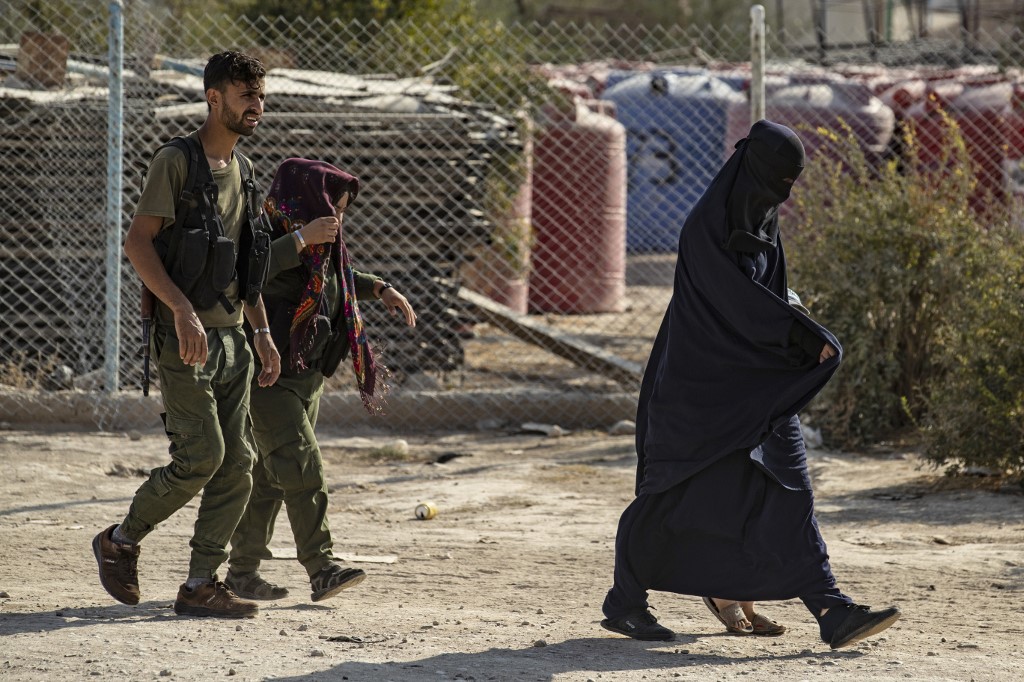 Four weeks have passed since Turkey began enacting one of its most controversial policies, forcibly deporting ISIS fighters and their families without the consent of the receiving country. The deportations have continued regularly; on December 9, 11 French nationals landed back in France.

At least two dozen ISIS members have been deported to countries across the European Union; Britain, Germany, Ireland, Denmark and the Netherlands have all had citizens sent back. Turkey says it is holding another 1,000 ISIS prisoners and will deport them all by the end of the year.

This sudden influx of returning men and women has caught European countries by surprise and raised some difficult legal, political and moral questions – questions that Europe, in common with the estimated 100 countries whose citizens also washed up on the shores of the ISIS “caliphate,” had hoped to avoid dealing with. Now Turkey is forcing these countries to confront their forgotten sons and daughters and the hard questions that come with them.

The rise and fall of the ISIS proto-state between Syria and Iraq has created a fiendishly complicated – and still evolving – political and legal situation.

ISIS fighters, supporters and their families are held under one of three jurisdictions: detained by a state (either Turkey or Iraq); detained by Kurdish militias in north-east Syria under an indeterminate legal structure; or living in spaces ungoverned by the rule of law, either in the still-disputed province of Idlib or in parts of eastern Syria.

Since Turkey’s incursion into Kurdish areas of northern Syria in October, it has taken over prisons and camps abandoned by Kurdish militant groups and assumed responsibility for thousands more foreign fighters and supporters – men, women and children.

Both the Iraqi government and Kurdish groups in northern Syria have previously told countries to take back their citizens. Ankara in particular urgently wants to get rid of these recruits. “We are not a hotel for ISIS members,” was how Turkey’s interior minister, Suleyman Soylu, put it this week.

Nobody wants these men and women and certainly not the countries they came from. Turkey is particularly concerned that countries might find creative legal ways to deprive them of citizenship, thereby stranding them in areas now under Turkish control.

The UK has already tried to do this with one high-profile ISIS supporter, Shamima Begum, who joined the militant group when she was 15. Earlier this year she was stripped of her British passport, despite having no other citizenship. A US court did something similar only last month, ruling that another high-profile female ISIS supporter, Hoda Muthana, was not a US citizen, despite being born in the US and traveling to Syria on a US passport.

All of those deported have been immediately arrested on landing but it is unclear how crimes committed many hundreds of kilometers away in a war zone could be prosecuted to an acceptable standard in a court of law. Laws have had to be changed to resolve the issue. Germany has broadened the definition of terrorism while Belgium has imposed minimum sentences on returnees. But the sudden return of hundreds of ISIS recruits will severely test the courts across Europe.

There are moral questions, too. The majority of detainees in Kurdish prison camps are foreign women and children. Could countries accept the children but not their parents? Even leaving them to be dealt with in situ is difficult. Iraq has the death penalty but European countries do not and handing ISIS fighters and their families over to the Syrian regime would be, as a human rights group put it this week, to effectively condemn them to torture or execution.

But it is the political aspect of the issue that is utterly incendiary. The return last week of Lisa Smith, an Irish citizen who joined ISIS and had a child with a fighter, provoked public anger in Ireland, both over the cost of bringing her and her daughter back (at least six officials and a security team accompanied her on the flight to Ireland) and because she has yet to express genuine remorse.

For many European security services, already tracking large numbers of Islamist sympathizers, the potential for a crisis is real. Barely two weeks ago, London witnessed the effect of prematurely releasing detainees. In 2012, Usman Khan was convicted of plotting terrorist attacks and sentenced to 16 years. He was released in December 2018 and was deemed a success story of the rehabilitation program. On November 29, he stabbed two people to death and injured three others in a knife rampage.

Across the continent, governments will be asking themselves a terrifying question: if Khan, who had never been to Syria or any other war zone, could commit such an attack, what might those returning from an active conflict zone do, even years after their return?

These are questions that governments had hoped they would not need to answer yet, or perhaps ever. In political terms, they are the trickiest, as they concern the possibility of a severe risk to public safety but are also shaped by the whims of public opinion. In Europe, the public feels anger at having to take back “jihadi brides” but at the same time is broadly sympathetic to their young children.

For politicians, taking a firm stance either way is likely to backfire. Now Ankara is forcing this choice upon them but few European capitals will thank Turkey for making them face their forgotten citizens.