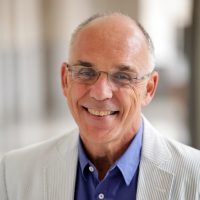 President Recep Tayyip Erdogan’s government is in deep crisis, as forest fires in the southwest and south of Turkey rage out of control. Footages of fire consuming trees and threatening some of the most idyllic coastal towns have dominated social media. Government action in the face of this, however, has been incompetent. And for every example of such incompetence, there are heroic images of citizens fighting the fires with everything they have, often at great risk to themselves.

This has been a terrible year for forest fires in the Mediterranean. Greece, Italy and Cyprus along with Turkey have suffered intense heat, drought and other effects of climate change. Turkey has, however, been caught completely unprepared, despite all the signs that calamity was in the cards.

The Erdogan administration, it appears, has no fire-fighting air assets to speak of. Most of its planes have not been serviced and are unsafe. As one independent columnist, Fehim Tastekin, pointed out, Greece has mobilized 39 aerial tankers to fight fires. Turkey has none, and is hoping that Russian and Spanish aircraft will come to help. This state of affairs has been compared to Erdogan’s 13-plane presidential fleet.

There is no question that this crisis and its mismanagement by Erdogan will take a tremendous toll on Turkish political stability and weaken the president’s hold. This, in turn, may force Erdogan to resort to desperate measures inside or outside the country in an effort to divert attention and rally people around him.

At the root of the problem is Turkey’s political system, which has become the sole province of one man and one man only. Erdogan transformed a parliamentary tradition into a centralized presidential system where he makes just about every decision. As Turkey has become more authoritarian under his tutelage, citizens have had to endure his wrath. Anyone who crosses him can find himself or herself detained, investigated and eventually sentenced to prison. Politicians, mayors, journalists, civil-society leaders and academics have all tasted his “justice.”

Underlying his rule is a system of sycophancy. He is surrounded by yes-men who tend to sing his praises no matter what the circumstances. The press, too, has come under tremendous economic pressure as Erdogan directs state and even private advertising only to those who back him. Often, daily newspapers appear with the same headlines.

As a result, Erdogan is cut off from independent and unbiased advice. He is increasingly prone to making mistakes, some large and others small, but all politically important. Among his big mistakes is the decision to purchase Russian S-400 anti-aircraft missiles, which has led to an irresolvable crisis with the United States. Faced with his party’s loss of the Istanbul mayoralty in municipal elections, he conjured up the existence of irregularities and had the election rerun, only to be humiliated as the citizens of Istanbul delivered his party, the AKP, an even bigger loss.

Even in the current wildfire crisis, commonsense seems to have taken leave. Erdogan was filmed entering Marmaris, one of the beleaguered cities, with a convoy of over a hundred cars, buses, police cars, ambulances and fire engines, creating a logistical nightmare and unnecessary traffic jam. Later, he threw packets of tea to Marmaris citizens, who by the way tend to be much better off than those in many other parts of the country. The image of Erdogan disbursing tea, as if it were a great humanitarian gesture, will forever be engraved in many Turks’ mind. Already, people are having a field day. Some have renamed his AKP as AKPartea.

Of course, when in trouble, Erdogan can always rely on conspiracy theories, for which Turkey has always been fertile ground. He has already, without any evidence, pointed to the PKK, the Kurdish insurgent group that is classified as a terrorist organization, as the source of the fires. This was a signal for his minions in the press to embellish the conspiracy to include Greece and Turkey’s main, and mostly hapless, opposition party.

Conspiracies, in fact, are simply too alluring for many Turks. Even a columnist in an anti-Erdogan paper has suggested that the fires were a “trap” the US put in place in the aftermath of World War II, when it provided Turkey with aid through the Marshall Plan. Apparently, the US uprooted many olive and other similar trees, replacing them with poplars and pine trees that are exceedingly flammable. Adding more conspiracy to the mix, Erdogan’s communications chief, Fahrettin Altun, said that the large volume of protests on social media was part of a foreign plot to portray Turkey as weak and originated from a “single center overseas.” While it is not clear where this “single center” is located, in the past this has been a signal to mean the US.

But conspiracy theories won’t help Erdogan this time. Social media has already overwhelmed the government’s efforts at controlling the narrative. The devastation and the general lackadaisical attitude of some ministers, when compared with the efforts of ordinary citizens, and, more importantly, the absence of any planning and preparation by the government, will severely undermine its future narrative and ability to set the agenda. Erdogan will only be going through the motion of governing; the emperor has no clothes, they burned along with forests and trees and homes.

Henri J Barkey is the Cohen professor of international relations at Lehigh University and an adjunct senior fellow for Middle East studies at the Council of Foreign Relations.