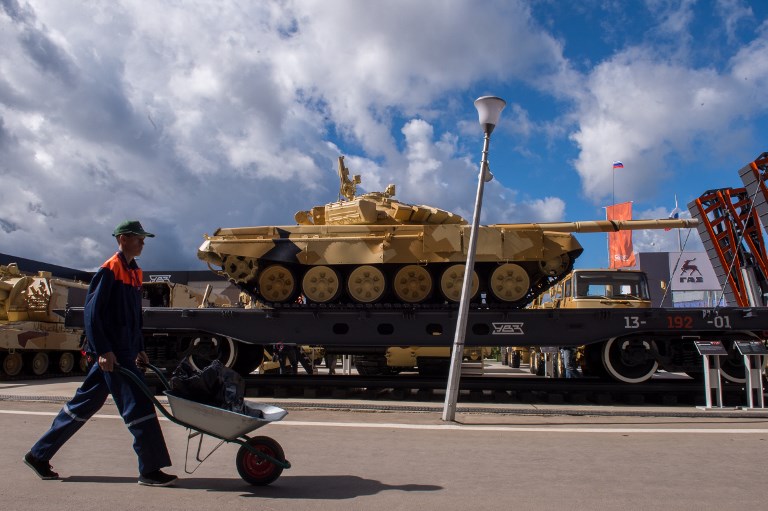 In the early hours of October 7, 2015, over two dozen cruise missiles slammed into targets in Aleppo and Idlib. US forces in Syria were alarmed. Not by the targets the missiles were attacking, but by their origin. The 26 cruise missiles had come from a small Russian corvette in the Caspian Sea, demonstrating a capacity that, until that moment, Russia’s adversaries did not know Moscow possessed.

The missiles, versions of Russia’s Kalibr cruise missiles, were doubly concerning to the United States. They had flown 1500 kilometers to reach their targets – nearly 10 times as far as the US thought they could reach. And they were fired from small warships, less than half the size of the ships the US uses to deliver its equivalent Tomahawk missiles, giving the Russians an agility that the US did not possess.

America’s defense staff were in no doubt those missiles were meant as a warning. A few months later, Admiral Bill Gortney, the head of the US Northern Command, told the US Congress there was no “operational or tactical” reason for Russia to have fired the missiles in that way. “They’re messaging us that they have this capability and those missiles can have a nuclear-tipped or conventional warhead,” he said.

The Kalibr missiles were only the beginning of it. Over the next two years, Russia used new missiles, bombers, drones and body armor in the conflict. Unlike the takeover of Ukraine’s Crimean peninsula, which Russia was careful to disavow involvement in, this was a war where Russia could openly parade and boast about its technology – and where the launches and impacts could be broadcast on television, for all to see their effects.

Russia did not seek to hide any of this. In late January, Vladimir Putin appeared before the most senior defense staff at the National Defense Control Centre, effectively Russia’s Pentagon, to outline what lessons had been learned from the military operation in Syria. Putin, who keeps a close eye on the detail of the country’s military equipment and tactics, boasted that Russia was the dominant air force across the region, despite the presence over Syria of American, Turkish and Israeli fighter jets.

The most startling claim was that Russia had tested 215 new weapons systems in Syria – and that Russia’s base in the Syrian port city of Tartus had hosted more than a thousand representatives from 57 defense companies. The two years in Syria had proven to be a very useful testing, refining and showcasing ground for Russia’s weapons.

That points to the other major intended audience for the capabilities of these weapons, beyond perceived adversaries in Asia or the West. Russia remains one of the world’s biggest arms dealers and Syria was a potent method of advertising.

Russia broadcast its successes across state media, and the results were swift. The Sukhoi Su-34 fighter jet was first deployed in combat in Syria at the end of 2015. Within three months, Algeria had ordered 12, at $36million each. Russia spokesmen said Indonesia and India had also expressed an interest. In total, by the end of last year, Russia was selling weapons to more than 70 countries – but fully a fifth of all its weapons went to the Middle East.

Nor were the Russians alone. Turkey, too, has seized the opportunity afforded by the war in Syria to demonstrate the weapons it has built, to intimidate its rivals and impress its potential customers.

When the Turkish army began its assault on Afrin last month, many of the weapons were homegrown. The drones that hovered above the town, the artillery mounted on tanks that fired across the border and the smart bombs dropped by the Turkish jets – all were made in Turkey. Like Russia, the Syrian conflict was the first time these home-made weapons were used in war.

Once again, the Turks were not silent about this. The defense minister trumpeted it, pointing out that 75 percent of the weapons used in Afrin were made domestically.

The Syrian war is therefore proving not merely a showcase for the ability of these countries to project force and get their way politically, but as a shop window for weapons sales. All of this showcasing, to put it bluntly but accurately, is being done on the bodies and buildings of Syrians.

It is also fueling a continued arms race in the region. Take drones, which in just a decade have become an essential part of modern militaries. All the countries involved in the Syrian war utilize drones, but the most sophisticated are run by five countries on two sides: Russia, Iran and Turkey on one side, and the US and Israel on the other. The desire to stay ahead of the other side will push Russia, Iran and Turkey to cooperate on military matters, because, particularly with Turkey and Iran, neither wants to be mere purchasers of weapons. They want the know-how as well.

That will be especially the case with Turkey, which has seen its import of military technology hurt by Erdogan’s crackdown on those it says are responsible for a 2016 coup. At the end of last year, Germany said it would freeze all arms sales to Ankara, before adjusting its position and reviewing items on a case-by-case basis.

But Turkey will not wait. The country has set itself the target of becoming one of the top 10 global arms exporters within five years.

So the continued battles in Syria will have a much longer impact on the region, because as new weapons are developed they will continue to be used. The devastation of Syria has been extraordinary and will take years to rebuild. But for at least two countries, that devastation has been good for business.