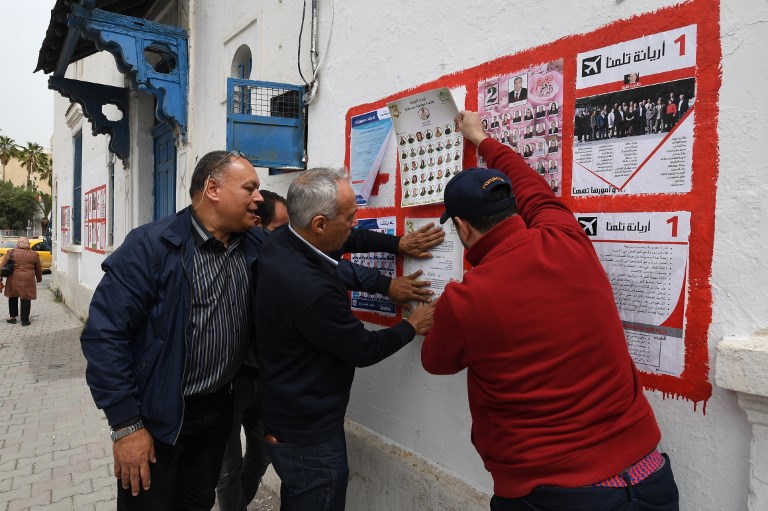 Depending on how you look at it, Tunisia is either a success story or a frustrating study in paradox. To most Tunisians it is both. Tunisia’s achievements are obvious when you compare the country with the dismal regional dynamics in the Middle East. Much of the rest of the Arab world is plagued with civil war, autocratic regimes and sectarian tensions. In this gloomy context, Tunisia stands alone and proves that post-revolutionary democracy can emerge and sustain itself with purely domestic dynamics. As it approaches critical municipal elections, Tunisia has several political parties contending for power, genuine freedom of expression and assembly, a free press and a vibrant civil society.

Yet, this is pretty much where the optimism ends. It takes only a few days in the country to catch the sense of economic malaise among Tunisians. The dark mood in the country stands in sharp contrast to the external image of a success story. Tunisians are bitterly sarcastic about their new-found political freedoms. “Under [Zine El Abidine] Ben Ali we could not talk, but at least we could eat,” quipped a tour guide as we walked around the streets of Sidi Bou Said, a beautiful coastal town near Tunis. With only a few tourists around, local merchants in the souq were quick to complain about the absence of larger European crowds, which is the normal expectation this time of the year.

Revolutions, as political scientists have long argued, seldom happen because of abject poverty. Instead, they are products of increased expectations and unfulfilled aspirations. Tunisia’s “Jasmine” revolution is a case in point. Tunisia always boasted strong human capital. The country’s socio-economic indicators – literacy rates, education levels, female participation in the labor force – have always been much higher than the Middle East average. At the same time, however, the country had a suffocating autocracy and wide income disparities under Ben Ali’s police state. Combined with a corrupt economic system that offered no real prospects of upward mobility for the underclass, these dynamics fueled a growing gap between expectations and opportunities. The result was the 2011 revolution that unleashed the Arab Spring.

The problem with expectations is that they never end after a successful revolution. To the contrary, they increase and fuel further frustrations in the absence of improved conditions. More than seven years after the revolution, Tunisia remains a country of unmet expectations. Most of the structural problems related to the economy are still there. Systemic corruption, low productivity, dysfunctional bureaucracy, declining living standards, a highly unionized public sector that resists privatization and structural reforms, fiscal problems related to a narrow tax base and a large informal sector, are all deeply rooted obstacles to economic growth and much needed foreign direct investment.

Massive youth unemployment is a particularly daunting challenge. More than a third of Tunisian university graduates are unable to find employment. In the absence of a modicum of meritocracy, Tunisia remains a country where who you know still matters much more than what you know. The Tunisian youth is therefore still highly frustrated and resentful. Their revolution changed the political system without fixing any of the economic problems afflicting the country’s future. To be sure, it is unrealistic to expect magic solutions when the ruling elite of the previous regime is still around and calling the shots. But Tunisians, and especially the youth, have lost their patience and now have the freedom to express their displeasure at the ballot box.

There is one area, however, where old economic problems are fueling a daunting new political challenge. In an astutely observed New Yorker article titled “Exporting Jihad,” George Packer argues that “[b]y raising and then frustrating expectations, the revolution created conditions for radicalization to thrive. In Tunisia, leaving to wage jihad has become a social phenomenon. Recruitment spreads like a contagion through informal networks of friends and family members, and the country is small enough so that everyone knows of someone who has disappeared.”

This is where the Tunisian paradox is at its darkest. The country has a political culture and political system based on compromise. It is also home to the most moderate Islamist party in the Arab world, which has even dropped political Islam from its agenda by separating its political and religious activities. Yet, Tunisia still manages to produce the highest number of recruits for ISIS. Most estimates suggest that this small country of 11 million people is not only the Arab world’s best hope for democracy but also the world’s leading producer of jihadi fighters.

In short, Tunisians have legitimate reasons to feel depressed. When security and economic governance problems persist, ending tyranny creates little comfort. Yet, amid all the gloom and doom, the Tunisian public should remember that the best way to improve living standards and the quality of life is by moving forward with more civic engagement and democratic reforms, in pursuit of inclusive institutions and structural reforms.

Tunisia is at a critical juncture in its democratic journey. Nostalgia for the autocratic past will do the Tunisian people no good. Today, young Tunisians have more than just freedom of speech. They have the freedom to act on their political convictions. Yes, their expectations are still unfulfilled. But, unlike in most other Arab countries, they have a real chance to pursue their aspirations through political participation, genuine ideological competition and free elections. At a time when liberal democracy is in global retreat, this is no small feat for a small but very important country.