Tunisia Is in Trouble 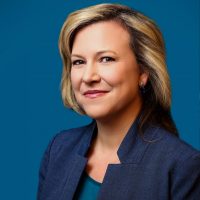 Late last month, a member of Tunisia’s parliament was twice physically assaulted in the chamber, a shocking and graphic reminder of how far politics in the country has deteriorated. In fact, Tunisia, the Arab world’s only free country according to Freedom House, is mired in three simultaneous crises that have the potential not only to undermine the country’s progress since the 2011 revolution, but also to plunge it into a deep national dysfunction.

First, the political climate. It is rapidly unraveling, with deep and vicious polarization and feuding politicians who are incapable of addressing the massive economic and health challenges. The economy has been hard-hit by the Covid-19 pandemic, which decimated the important tourism industry. This has led to skyrocketing unemployment and to the economy shrinking by nearly 9 percent in 2020. Finally, the government has candidly admitted that Tunisia faces a “catastrophic” health situation, as unrelenting waves of coronavirus infection have led to the highest death rate in Africa.

Each crisis on its own would debilitate any country. In Tunisia, they add fuel to the others, creating a vicious cycle of inaction and instability that threatens to undermine the fragile democratic transition. And it all starts and ends with politics.

Over the past decade, the political scene has largely been dominated by moderate, centrist parties that were able to overcome their often-major differences to build consensus. So, while the previous president, Beji Caid Essebsi, created the Nidaa Tounes party explicitly as a counterweight to the popular Islamist party, Ennahda, in 2015 it ended up in a coalition with Ennahda.

In 2019, however, elections brought in the country’s most fractured government to date, with the largest party, Ennahda, receiving only a quarter of the seats in parliament and 23 parties winning three or fewer seats. Most strikingly, president Kais Saied was elected with an overwhelming majority of 73 percent, despite having no political party or clear constituency and after doing very little campaigning – a sign of public frustration with the new establishment.

The country is growing increasingly polarized. The centrist parties that once dominated Tunisia now are being overshadowed by extremist forces on both sides of the aisle. On one side is Abir Moussi and her Free Destourian party, who seek a return to the dictatorial rule of the Zine El Abidine Ben Ali era and the end of the democratic transition. On the other is Seif El-Din Makhlouf and his Karama coalition, a Salafist bloc pushing for a greater role for Islam. The philosophical divide between the two is stark, but most troubling is the growing trend of violent and vicious attacks within the halls of parliament.

On June 30, Moussi suffered two violent attacks in one day, both during active plenary sessions – first by independent MP Sahbi Samara and later by Makhlouf. These attacks not only disrupt parliament’s work and prevent it from carrying out crucial economic and social reforms, but they also contribute to a plummeting level of trust between the public and their elected officials. And while most Tunisian politicians still support democracy, Moussi and her Free Destourian party are growing in popularity, with calls for a return to the Ben Ali era resonating more and more with Tunisians who are unable to feed themselves or their families and see little tangible benefit from the revolution.

Outside of the halls of parliament, the president and the prime minister are in a feud, as Saied seeks to consolidate power in the hands of the presidency and to undermine the role of the prime minister. Saied is, arguably, the biggest obstacle to Tunisia’s success today. By refusing to sign off on a recent government reshuffle, he has left 11 cabinet offices without a minister, including the ministry of interior, which prime minister Hichem Mechichi is currently overseeing in addition to his regular duties.

Saied has also placed impediments in front of all the major reform efforts, including a refusal to sign off on parliament’s chosen members of the constitutional court – the country’s highest judicial body. The court has the power to adjudicate disputes between the presidency and the government, and would likely prevent Saied from carrying out his attempts at dismantling parliament and the prime minister’s office.

The polarization and political infighting have very serious implications for the stability of Tunisia. The country is in urgent need of international assistance and is actively seeking a new IMF agreement. It is facing billions of dollars of debt that will come due in the next few months. But with a government incapable of coming to agreement on the IMF’s conditions or on how to bring relief to the poorest Tunisians, there is little hope for a solution in the short term.

The country’s political leaders should acknowledge publicly and loudly how dire the political and economic crises are and make every attempt to put aside their differences to get to work implementing necessary economic reforms. Additionally, parliament and the prime minister should recognize Saied for what he is – a populist who is actively contributing to his country’s crises – and go around him by working directly with donors to secure Covid-19 vaccines and bring in emergency healthcare supplies.

Sarah Yerkes is a senior fellow at the Carnegie Endowment for International Peace, where she focuses on Tunisia’s political, economic and security developments, as well as on state-society relations in the Middle East and North Africa. She previously worked at the US state and defense departments.