Why Tunisia Is in Crisis 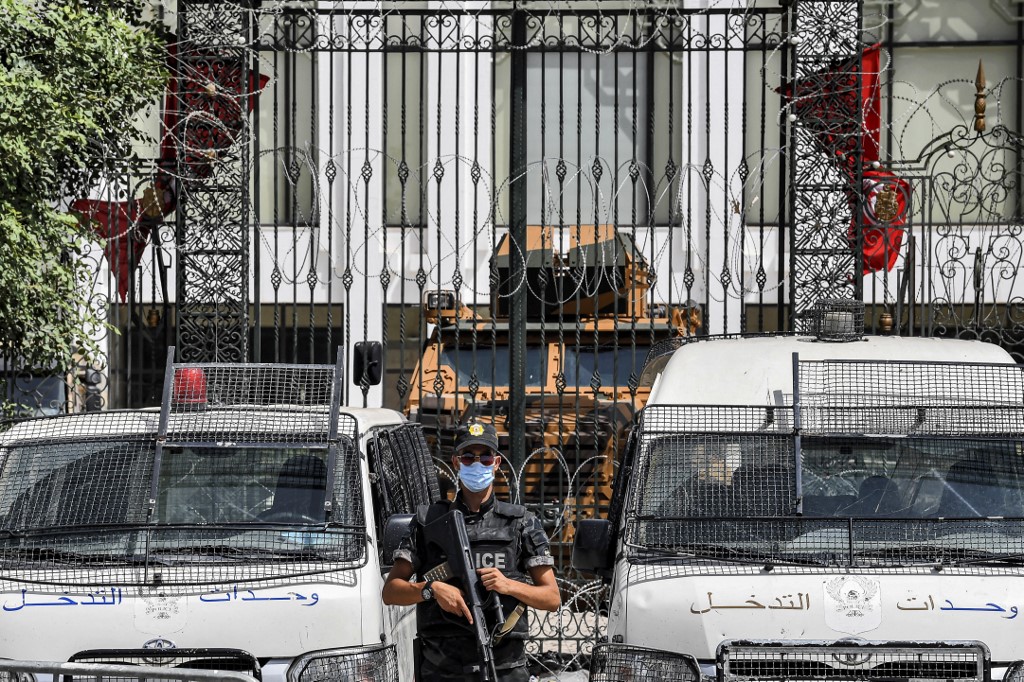 Tunisia is in a deep political crisis. If president Kais Saied lives up to his promise of restoring the fledgling democracy’s political system within one month, it will be a miracle. In such turbulent situations, positions can harden and the conditions that would permit lifting the suspension of normal political functions are rarely met. Add to the mix the apparent role of larger or stronger Arab states with an agenda to bring Tunisia into the regional mainstream that is not democratic or tolerant of diverse political views, and it’s hard to see a happy ending.

Was it a coup? This is a question that is sometimes important because it has a strong bearing on how foreign countries react to events such as those in Tunisia. Usually, a “coup” requires an upending of the established order by removing the authority at the top and replacing it. In this case, the incumbent leader simply grabbed more power, and suspended the functions of the other power centers. Moreover, Saied insists he has not abandoned the constitution. These events may fit into the category of autogolpe, the “self-coup” where legally elected political figures act against their own institutions to redefine the political system in their favor.

Tunisia’s Western aid donors and friends have an interest, actually, in avoiding the question altogether. In the US case, its refusal to call Egypt’s ousting of elected president Mohamed Morsi in 2012 a coup, let Washington continue to provide aid and to use that as leverage to try to effect a transition back to more democratic behavior. In that case, the strategy failed. But many friends of Tunisia are both highly critical of Saied’s actions, yet eager to see aid continue to flow to save Tunisia’s fragile economy and collapsing health sector. So the debate over what to call the events of July 25 may be academic in this case, as foreign governments weigh what can be done to get the country back on a democratic path and to address some of its acute problems.

It may be useful to make the distinction between Tunisia’s democratic culture and the lack of competence of its democratic governance. On the cultural side, there are signs that Tunisians still believe they live in a democratic system, and have a voice and choice in how they are governed. On the other hand, it’s clear that the institutional part of democratic practice remains weak. But that may not mean Tunisia is on a slippery slope back to dictatorship. Saied has not taken steps seen in other backsliding states, such as the disbanding of political parties and detention of their leaders.

Or at least not yet. For he has undoubtedly begun to follow the autocrats’ playbook, accusing political parties and some businessmen of corruption and foreign ties, and intimidating media professionals. And he might find traction.

In many former authoritarian states, the rocky years of building more credible and transparent governance often generate nostalgia for the more predictable life under law-and-order regimes. This is the situation with the mukhabarat states of the Middle East, where civilian power and the security forces work together to suppress freedom of expression and political activism. Indeed, reporters in Tunisia see considerable support for Saied among the populace, many of whom are fed up with the government’s poor performance of late. As Oussama Romdhani, editor of The Arab Weekly and a former Tunisian government official explains, “Tunisians are not indifferent to democracy except that democratic procedures take a second seat when the citizens feel their livelihood and their long-term stability are in jeopardy.”

So, will Tunisia become another Egypt, where the changes wrought by the Arab Spring have been completely reversed? Tunisia, compared to other Arab states, has a less dominant security sector, and its army behaved honorably in the weeks that led to the ouster of former president Zine El-Abidine Ben Ali, refusing to fire on unarmed civilians. It is therefore disturbing to read that Egyptian security forces may be advising the Tunisian government during this difficult time.

From the early days of the Arab Spring and the post-Ben Ali era, Tunisia’s new political class did not grasp the centrality of economics and the critical need to demonstrate to the people that their lives would improve in material ways in a democratic system. Many were simply unschooled in the complexities of banking and regulatory reforms, or were complacent about the costs of state control and crony capitalism on the country’s growth potential. A decade after its peaceful transition to democracy, Tunisia’s economy is hurting badly, and the politicians seem more focused on their personal and inter-party power struggles than making hard choices that would lead to more jobs and a more open economy.

But it was the added misery of Covid-19 that may have been the straw that broke the camel’s back. Tunisia now has the second-highest death rate on a per capita basis in the world, and the figure of 20,000 dead may more than triple in coming weeks. Its medical system is under enormous strain, and the economic stresses of shutdown have led to even greater physical and material suffering in the country.

It’s hard to see a smooth path to stability in the short run; the stresses on the country could lead to domestic unrest, or new waves of radicalization among young people. Tunisia, paradoxically, contributed disproportionately to the ranks of ISIS, even while it was doing more to build a democratic culture than elsewhere in the region.

Saied, a constitutional scholar and social conservative, does not appear to be a visionary or inspiring leader. It’s not clear if he has the courage and conviction to reassure the country and its partners in Europe and the US that he has not abandoned the democratic path for Tunisia. The country needs help with Covid and with securing an IMF agreement, but unless Saied can live up to his pledge to make his actions very temporary, Tunisia’s people and Tunisia’s role as an aspirational model for the region will be the losers.