Trump’s Threat Against Archaeology. And Archaeologists 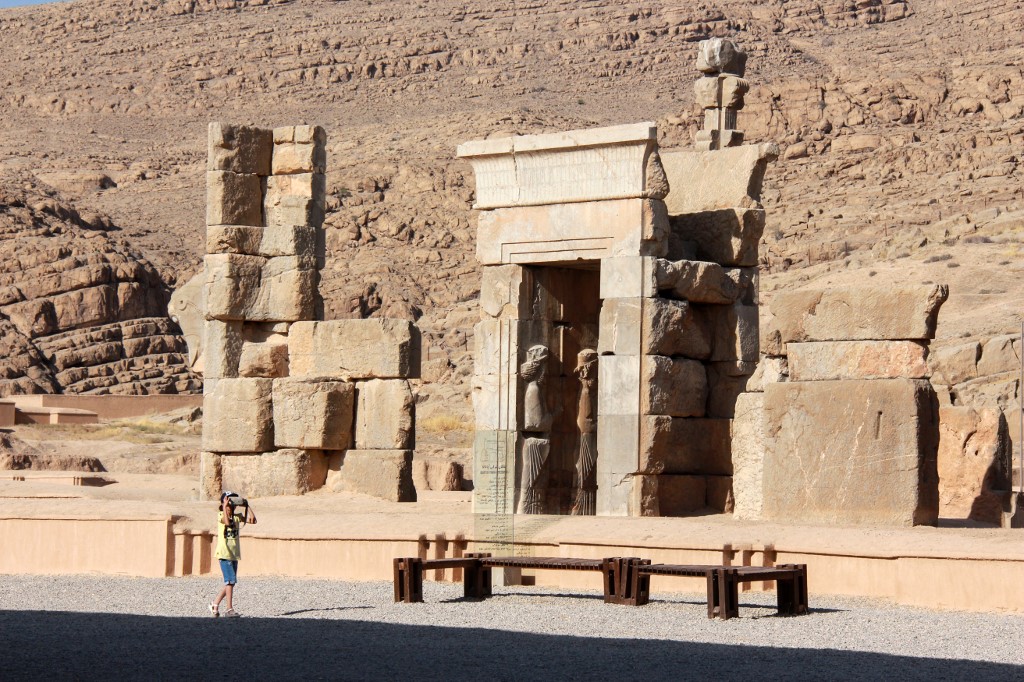 The shockwaves from Donald Trump’s threat to destroy 52 cultural sites in Iran may have receded, overtaken by the latest twists in the deadly game of one-upmanship being played by Washington and Tehran. But there’s still something to be learned from it.

One irony shadowing Trump’s contemptuous attitude toward the world’s treasures is that it was America, at a White House conference staged in 1965 by Lyndon B Johnson, that first called for a World Heritage Trust to protect “the world’s … historic sites for the present and the future of the entire world citizenry.” In 1972, that proposal was adopted by the member states of the United Nations, including the US, as the Convention Concerning the Protection of the World Cultural and Natural Heritage.

If anything good could be said to have come out of the astonishing proposal by a US president to flout international law, as enshrined in the 1954 Hague Convention for the Protection of Cultural Property in the Event of Armed Conflict, it is the outburst of universal condemnation it provoked. A chorus of disparate voices was raised in protest, in recognition that beyond nationalities, borders and ideological differences we are united by a common heritage transcending passing enmities and allegiances.

Much of that shared heritage is rooted in the Middle East, a region that gave birth to agriculture, organized religion, reading and writing and the first cities, sowing the seeds of mankind’s flowering across a culturally fertile swath of land extending from Egypt in the west across to Iraq, Iran and beyond.

Modern Iran, the descendant state of the Persian empire, which at its height in the 6th century BCE extended from Libya to the Indus Valley, is home to more than its share of treasures central to the human story.

Of the 24 sites in Iran awarded World Heritage status by Unesco, perhaps the best known is Persepolis, the capital of the Achaemenid Empire founded by Cyrus the Great and dating from about 500 BCE. On its surviving walls, columns and carvings are written much of the history of modern civilization and to consider destroying any part of it is – or ought to be – unthinkable.

Another irony is that the American government joined the chorus of international voices raised in condemnation of the destruction of the 1,700-year-old Buddha statues in Bamiyan, Afghanistan, at the hands of the Taliban in 2001 and condemned the cultural havoc wrought by ISIS at historic sites in Syria and Iraq as recently as 2015.

Today, however, it seems the current occupant of the Oval Office feels comfortable threatening to adopt those same tactics in his ongoing dispute with Iran.

Of all the voices raised against Trump’s grotesque threat, perhaps the most powerful are those of the international archaeological community, including the Archaeological Institute of America. The World Monuments Fund, recalling the cultural destruction wrought by terrorist groups, stated, “While the aggressors in such instances believe they are acting against ‘the other,’ in the end, they act against themselves.” Mankind “cannot continue to let political differences threaten one of the few things that serve to unite us all – our shared global heritage.”

Our timeless common humanity is most clearly demonstrated in the collaboration around the world between archaeologists from different and often opposing nations, and nowhere more so than in the Middle East.

Apparently indifferent to the fate of Iranian archaeologists or of any civilians nearby, Trump appeared also to have failed to consider that archaeological sites across the Middle East, including those in Iran, are regularly frequented by the archaeologists of many nations, including his own, the US.

Take the 7,000-year-old site of Pardis Tepe in Tehran province, where many experts believe the wheel, the invention that revolutionized human development, may first have turned in about 5,000 BCE. Excavations there have long been the province not only of Iranian archaeologists but also of colleagues from a number of British universities.

Despite the deteriorating political situation since Trump pulled America out of the nuclear deal with Iran and ramped up sanctions against the country, archaeologists from Germany and Italy have continued to work on sites in the country, at Persepolis and Firuzabad.

“The Italian team,” says Pierfrancesco Callieri, a professor in the department of cultural heritage at Bologna University and an expert in the archaeology of pre-Islamic Iran, “is committed to continue its collaboration with our Iranian colleagues, and we very much hope that [Trump’s] words will not be followed by action.”

American citizens, too, have traveled to Iran on heritage tours organized by the Archaeological Institute of America. This year’s visit, scheduled for April, has been cancelled in light of the deterioration of relations between the US and Iran. But a dozen clients had been due to visit 12 Unesco World Heritage Sites including Persepolis, Pasargadae (the capital of Cyrus the Great), Tehran’s 18th-century Golestan Palace and the Sassanian religious center of Takht-e Soleiman.

For Trump, the assassination of Qassem Soleimani was designed in part to boost his chances of winning re-election, as became plain on January 9 when he boasted about the killing to an appreciative audience of the faithful at a campaign rally. But how might it have played to his voter base had American missiles not only destroyed millennia of human history, but also killed archaeologists from Iran and many other nations?

By going about the universal business of exploring and documenting our common heritage, archaeology serves to remind us of what unites us and evokes the power of our mutual past to offer hope of a less divided future. To cynically hold that common heritage in contempt, as Trump has done, is to squander that hope.