Through ‘Covid Diplomacy’ in Iraq, China and Russia Hope to Build Greater Influence in the Middle East 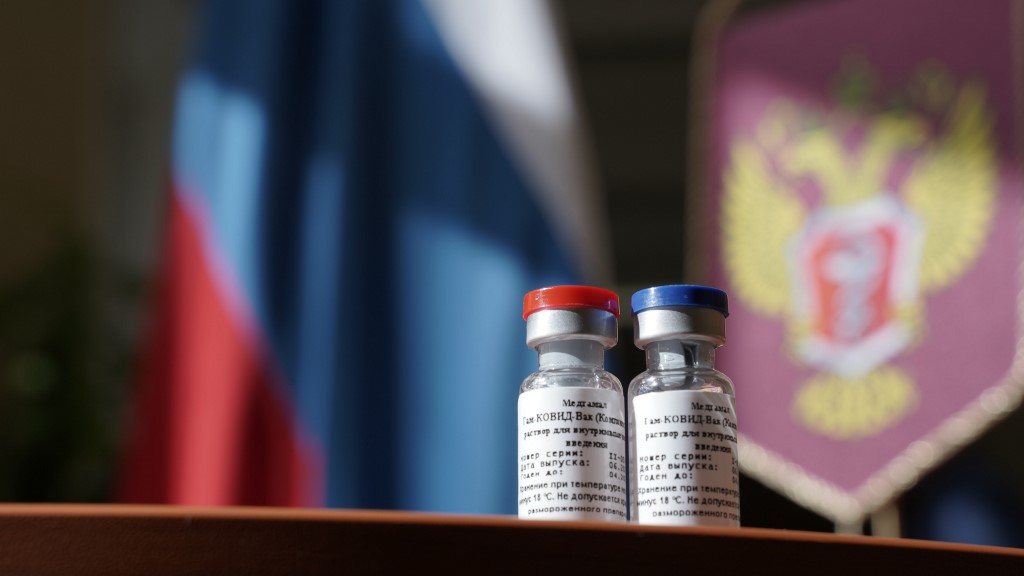 The Covid-19 pandemic starkly illustrates the state of health care in the Middle East, from the good to the truly wretched. The condition of local health systems has, in turn, offered opportunities to outside powers to boost their influence in the region. And no country in the Middle East offers better opportunity – in terms of size and geostrategic importance – than Iraq. It is being seized upon.

The pandemic hit Iraq’s already fragile health system like a freight train. After decades of conflict, corruption and mismanagement, the Iraqi health system was on the brink of collapse even before the pandemic. Now, it is in utter turmoil. Misinformation has spread like a plague, from claims about a locally manufactured therapeutic (not really) to conspiracy theories about the weaponization of the Covid-19 coronavirus (not really, either). They have contrived to create conditions that have allowed Covid-19 to spread through the population beyond the ability of the government to exert any control.

As of mid-September, Iraq had nearly 300,000 cases of Covid-19 and over 8,000 resulting deaths in a population of 39 million. By comparison, Egypt, with a population of 99 million, recorded 101,000 cases and about 5,500 deaths. Crucially, Egypt has managed to suppress the curve and currently is recording about 150 new cases a day. The trajectory of infections in Iraq, however, continues to climb, and new cases number around 4,000 each day.

The virus is out of control in Iraq. But a crisis can also be an opportunity. Baghdad is more than willing to accept any help it can get from any quarter. And that assistance has come most forthwith from China and Russia. Both see this as an opportunity to establish themselves as influential powers in Iraq, with hopes of extending that even further afield.

For their part, Western governments have not been able – or are unwilling – to adequately assist Iraqi efforts to combat the disease. This is partly due to a lack of funding and a general lack of interest in the messy state of Iraq’s politics.

Of course, to be fair, there isn’t a complete absence of international assistance of the usual sort. Médecins Sans Frontières cooperates with several hospitals in Baghdad; the World Bank has deployed emergency aid to the government; and the World Health Organization is advising on combating the crisis and on operating mobile clinics. However, none of these efforts involve government-to-government assistance exemplified by leadership from the West. So, again, the West has essentially turned its back on Iraq. This month’s announcement that the United States will dramatically reduce troop levels in the country neatly exemplifies the current Western zeitgeist.

With the West focused elsewhere, Baghdad unsurprisingly has turned to other parties. Just hours after Russian President Vladimir Putin announced that his country had become the first to approve a vaccine, the top public health official in Iraq said Baghdad would be first in line to buy it when it is available outside Russia. Regardless of whether Iraq indeed will be “first in line,” it is nonetheless probable that Iran will be the conduit between Russia and Iraq. In early September, Tehran and Moscow agreed to jointly produce Russia’s Covid-19 vaccine. Given Iran’s developed pharmaceutical sector and its influence over the Iraqi government, it is poised to be an enabler of Russian influence.

Then there’s China. Since the outbreak of Covid-19, China has sent aid to a large number of countries in the form of medical diplomacy. Iraq has been a focal point for China’s efforts in the Middle East, and Iraqi health officials have had nothing but praise for Chinese efforts. Baghdad takes every opportunity to highlight the enormous role China has had in establishing field hospitals, sending medications and providing advice throughout the pandemic.

Since the outbreak, Iraq has been a hotbed of misinformation about the virus. One television news channel reported in March that a local pharmaceutical company called Pioneer had developed a Covid-19 treatment, following a press release published on Facebook. The statement did not actually confirm that the company’s drugs could cure the disease, but that did not stop the news from taking over the country.

The misinformation flooding Iraq often discredits the West and promotes conspiracy theories about nefarious Western ploys concerning the virus. Social media companies such as Twitter and Facebook have underscored their commitments to rooting out misinformation, but it is unlikely that Iraq will receive the special treatment it needs to solve this problem. In fact, the expansion of misinformation will lead to further distrust in Western companies. Coupled with the government’s near-constant praise for China, the damage caused by social media rumors is further helping China’s image in the country. Beijing will fill much of the void left by the dwindling Western presence in the country. Russia, aided by Iran, stand in the wings.

Quick action by Beijing and Moscow, as well as their use of Iran as a potential conduit for medical aid, has enabled the pair to avoid almost all pushback in Iraq. While no one disputes the amount of badly needed aid these countries have pumped into Iraq, it cannot be denied or ignored that aid is being used to carve out geopolitical influence that is ultimately inimical to the interest of Iraq.

When the pandemic finally ends, the West and its staunchest allies in the Middle East might discover Russia and China as power brokers of much greater significance in the region. To avoid that, the US and Europe should work with regional allies to help distressed states like Iraq.