There’s No Harm in Cannabis and It Has Medicinal Purpose? Wrong 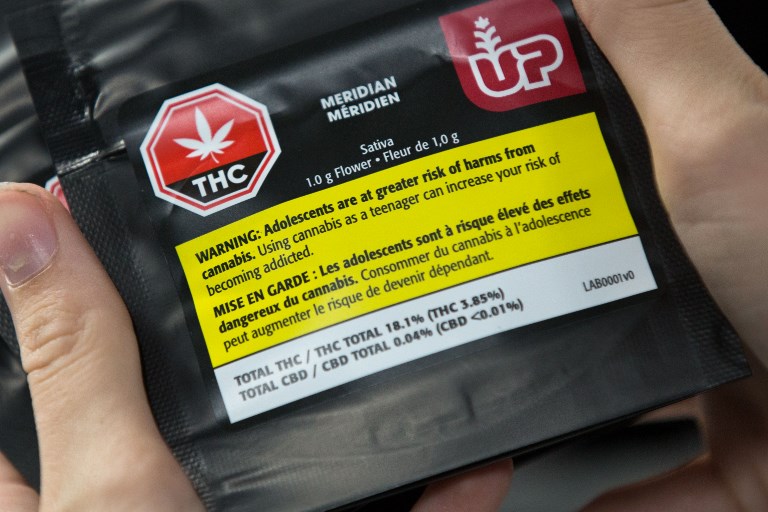 On October 19, just two days after Canada became the second country in the world after Uruguay to legalize the sale and use of cannabis for recreational purposes, an alarming paper published in an obscure medical journal went largely unnoticed by the world’s media. In the Archives of Toxicology, a team of Austrian researchers reported the results of an investigation into the effect of two cannabinoids – the main psychoactive elements of cannabis – on human DNA.

Advocates for cannabis use claim it can be used to treat a wide range of conditions, including epilepsy, anxiety, seizures, multiple sclerosis and even cancer. The Austrian researchers, however, concluded that low doses of the cannabis extracts cannabidiol and cannabidivarin, consumed worldwide for medicinal reasons, cause damage to the DNA in human cells and chromosomal aberrations in the bone marrow of mice. Such damage is a recognized stage in the multistep process of malignancy, which meant “the currently available data are indicative for potential carcinogenic properties of the cannabinoids.”

In other words, far from being a cure, cannabis may actually trigger cancer.

Cannabis has long been recognized as a gateway drug and the narcotic of choice for individuals best categorized as nonconformist and, at worst, antisocial. In popular culture, cannabis, also known as marijuana, grass, pot, weed or hashish, is commonly depicted as a harmless way to relax the mind and body, used for creative purposes by musicians and other artists. But there is sufficient evidence to suggest that the drug has a much darker side.

Emergency physicians commonly see young children suffering from exposure to tetrahydrocannabinol, the main psychoactive of cannabis, as a result of parents thoughtlessly using marijuana in their presence, affecting their children either through the smoke or by causing accidental ingestion of cannabis-containing foods.

Research published in 1994 in the International Journal of Addiction found that of 286 prisoners jailed for murder in New York state, one third had used marijuana in the 24 hours before their crime. A landmark paper in the journal Psychological Medicine in 2016 reported a clear link between cannabis and violence. The Cambridge Study of Delinquent Development followed over 400 people in the UK from the age of eight to 56 and concluded that “cannabis use predicts subsequent violent offending,” a finding that “may have implications for public policy.”

Advocates for the recreational use of cannabis ignore such public health and societal concerns and instead claim that legalizing the drug puts an end to a lucrative criminal trade, cutting off profits to organized crime and preventing the exploitation of vulnerable users. But some criminologists say this is a specious argument. For one thing, criminals who currently trade in cannabis are unlikely to give up crime for a career in accountancy.

There are broader issues. A government seeking to solve a criminal problem simply by legalizing the activity in question is reneging on the responsibilities of authority. In addition, the normalization of cannabis by one country for reasons of domestic expediency creates a problem of perception for other nations that remain determined to resist the drug’s use – especially those in the Islamic world, where all narcotics are regarded as equally unacceptable.

Cannabis is illegal around the globe for many good reasons. Aside from crime, its use has been associated with a wide range of undesirable outcomes, including major depression, suicidal thoughts, psychological distress and increased numbers of traffic accidents. Some argue that cannabis is no more harmful, and perhaps less so, than alcohol, but this is a false comparison and, in Islamic states, an irrelevant one. Knowing what we know today about alcohol’s addictive and socially destructive properties, if it were invented tomorrow it is extremely unlikely that any government would authorize its use.

Governments around the world are coming under increasing pressure from well-organized advocacy groups campaigning for the legalization of cannabis for medicinal reasons. In many cases this is a Trojan horse, concealing the ultimate goal of legalizing the drug’s recreational use.

In the face of such high-profile campaigns, many featuring children whose conditions, including epilepsy, can supposedly be treated only with cannabis, many authorities are succumbing, despite a lack of evidence from gold-standard randomized controlled trials. The medicinal use of cannabis is now approved in 30 countries and in 30 US states.

Cannabis remain illegal for any purpose throughout the 22 states of the Arab League, though recreational use is traditionally tolerated in some countries, including Egypt and Morocco. Laws are, however, still vigorously enforced in the six countries of the Gulf Co-operation Council, where possession of even the smallest amount of cannabis, for any reason, can earn a lengthy prison sentence.

Medicinal use has, however, started to establish a toehold in the region, chiefly in Turkey, which legalized production in 2016, ostensibly to control illegal production, and in Lebanon, where an official blind eye is turned to the large amounts of cannabis that are grown as a badly needed cash crop in an ailing economy.

The liberalization of cannabis laws is an experiment that has only just begun – Uruguay, the first country to legalize the drug’s recreational use, did so only in 2014 – and it will be a decade or more before valid conclusions about its outcome can be drawn.

In the meantime, other nations would be well advised to watch and wait before following the example of the two countries that have volunteered themselves for the risky role of guinea pig.