The Palestinian Authority Has Lost the Plot 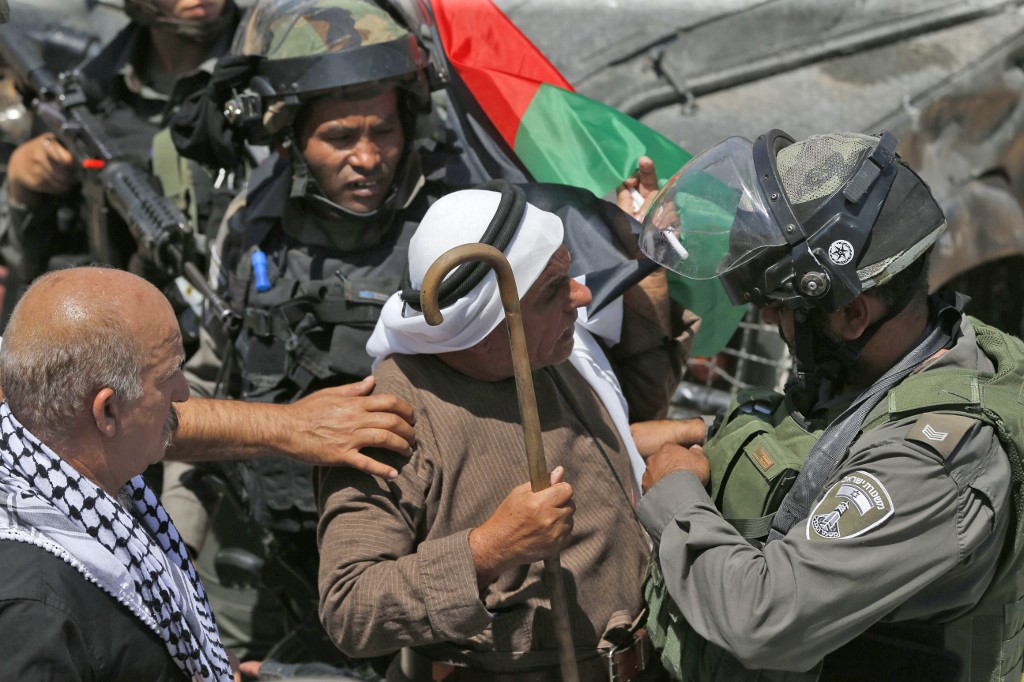 The world is awaiting the unveiling of the Trump administration’s much touted Israel-Palestine peace plan. But even before then, the Palestinian Authority is attempting to end the Oslo Accords that underwrite the status quo. True, Israel has used the Accords, which created the Palestinian Authority in 1994 as an interim form of Palestinian self-government, to accelerate its total control over the West Bank. At best, the PA has stood by and helplessly watched this process unfold. At worst, it has been a willing partner. But now, it seeks to subvert the Accords in order to prolong its own life. Never mind the contradiction that that entails: ending the Accords that guarantee the PA’s existence, in order to prolong the PA’s life. The PA is increasingly out of ideas and bankrupt of logic.

Concerned about growing anger among Palestinians, the PA’s president, Mahmoud Abbas, announced at the end of August that the organization would no longer recognize the division of the West Bank. The PA would start issuing building permits for areas under full Israeli control, disregarding the basic division laid out by the Accords. In July, Abbas also announced for the 58th time that the PA would end security cooperation with Israel, another cornerstone of the Accords. (You read that right, it was the 58th time the PA president had said he would end security cooperation.) Neither action will happen; nothing on offer is likely to ease the burden on the average Palestinian.

Abbas has given scant details about what the end of Oslo would look like from the Palestinian perspective. The PA leadership only knows that it must do something – or at least say it will do something – to maintain a semblance of credibility on the Palestinian street. Palestinians are exhausted by Israel’s complete dominance over every aspect of their lives. It is only a matter of time before they demand regime change at home before taking on their occupier. The PA understands this.

This division initially made sense as it enabled limited Palestinian self-rule. Oslo was, after all, an interim plan for a two-state solution; power was supposed to be handed over gradually. The reality has been very different. Israel has remained the dominant power over the entirety of the land and has seldom recognized the divisions between the Oslo areas of the West Bank. When I lived in Ramallah in the late 2000s, Israeli soldiers regularly staged incursions into the city, in clear violation of the division of power laid out by the Accords. That hasn’t changed.

After two decades of stagnation in the peace process, Israel has used the division of the West Bank to entrench its control. In Area C, for example, Israel built a vast system of bypasses for settlers. This has allowed the settlements to become an attractive and cheap option for people working in Jerusalem or Tel Aviv. The roads also deepened the separation between Palestinian urban centers and made the possibility of a Palestinian state much less viable. It is the old colonial adage of “divide and conquer” taken to its ultimate conclusion.

Security cooperation is another critical facet of the Oslo Accords. Trained by American and Israeli handlers, the PA’s security force has been effective in cracking down on Palestinian dissent against the occupation before it spills out on to the streets of Israeli settlements. Some have called the PA security forces Israel’s occupation subcontractor. No wonder it is the source of much displeasure among Palestinians.

The overwhelming majority of Palestinians support the suspension or cancellation of the Oslo Accords, such is their unhappiness over the status quo. In opinion polls taken over the last several years, Palestinians have expressed their frustration at the lack of any movement on peace and toward a two-state solution. Many of them feel that Israel has used negotiations as a smokescreen to deepen its control over the West Bank.

At the same time, the PA’s efforts at statehood recognition at the United Nations has been a hollow victory signifying nothing. Abbas understands the growing frustration of his people, but stating that he will end security cooperation 58 times and not acting on it has left him with a credibility problem. He is also 10 years into a four-year term and the possibility of elections is faint. Something has to give.

Therefore, the PA is doing what it does best: attacking the stalled peace process in the hopes that it will continue to calm the restive street. The tactic has worked before. But with an aggressive White House backing Israeli desires for annexation, the calm may not last. No amount of big talk from Abbas will contain Palestinian discontent forever – especially when what the PA is attempting to do to survive in fact undermines the PA’s existence in the first place.