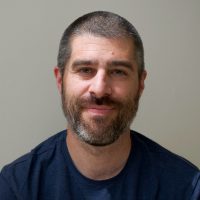 When Russia invaded Ukraine on February 24, 2022, the response from the Middle East was mixed. Turkey opposed the incursion, Qatar fretted about replacing Russian gas, while Saudi Arabia offered to mediate. Taken together, it was a balanced approach between not antagonizing Moscow and standing with Kyiv.

Yet six months later, when Taiwan found itself in the crosshairs of another authoritarian threat, the Middle East took a very different tack, siding firmly with China.

These two policies – nuance on the one hand, unwavering support on the other – make sense. What doesn’t is how the policies were applied. If peace and stability is the goal, support for Ukraine should be resolute, while Taiwan requires a deft balancing act of diplomacy.

In the case of Ukraine, Russia’s invasion is a violation of international law, including the United Nations charter prohibiting the “use of force against the territorial integrity or political independence of any state” by another UN member.

Less than a week after Russia opened fire, the UN General Assembly overwhelmingly passed a resolution condemning the attack. As US President Joe Biden noted at the time, the UN vote was an unequivocal message from the world that “Russia cannot erase a sovereign state from the map.”

Taiwan, on the other hand, is more complicated. For decades, peace has been maintained across the Taiwan Strait via a malleable diplomatic tightrope that gives Taiwan, the United States, and China remove to maneuver.

For its part, Washington supports Taiwan’s right to self-govern, opposes independence, and spends billions to shore up the island’s military defenses. This allows Beijing to claim that Taiwan is a break-away province that will eventually be reunited with the motherland.

Although these positions are politically disingenuous and historically fraught, the “status quo,” which draws on the “Three No formula” – no unification, no independence, and no use of force – has fueled Taiwan’s rise, making it one of the world’s most important trading partners and producers of high-tech semiconductors.

This balance was tested in August. After US House Speaker Nancy Pelosi visited the island, marking the highest-level US visit in 25 years, China reacted with fury – launching large-scale military drills in response. Beijing then pushed countries to take sides.

In the Middle East, and particularly in the Arabian Gulf, the choice seemed obvious. In a region where China is the biggest buyer of crude oil, and where Beijing is investing heavily, supporting Taiwan was seen as economic suicide.

Middle East leaders condemned Pelosi’s visit as unnecessarily antagonistic, and earlier this month, the Arab League issued a statement “reaffirming that Taiwan is an integral part of Chinese territory” and “rejecting Taiwan’s ‘independence’ in all its forms.”

But in siding with China, the Middle East is in fact supporting a subtle shift in the status quo that could be costly for the Indo-Pacific, and the world. Bolstering China’s claim to the island could embolden Xi’s own adventurism and empower his commitment to retaking Taiwan – with force, if necessary.

Taiwan has never been part of the People’s Republic of China. At the end of China’s civil war in 1949, Nationalist leader Chiang Kai-shek fled to Taiwan ahead of the Communist advance. More than a million people followed. Today, Taiwan – officially the Republic of China – is one of Asia’s most vibrant democracies. Beijing’s claim distorts history.

It also distorts the will of the Taiwanese people. Since transitioning to democracy in 1996, Taiwan has increasingly viewed itself as distinct from the Chinese mainland, and in frequent surveys, most Taiwanese oppose China’s calls for “peaceful unification.”

With this increased sense of de facto independence has come a growing willingness to fight to protect it. Politicians openly discuss expanding required military service, and many Taiwanese spend weekends learning how to handle a gun or dress gunshot wounds.

Robert Tsao, a Taiwanese tech billionaire and financier of one of these programs, told me that unlike Ukraine, Taiwanese have nowhere to go in the event of war. “We can’t run away from this situation; we don’t have that luxury,” Tsao said. “If China invades, we will have to fight.”

Any disruption to this vital supply chain would send consumer prices surging globally. “Without a doubt, the first Chinese bomb or rocket that should fall on the island would make the supply chain impact of the COVID pandemic seem like a mere hiccup in comparison,” predicts Richard Cronin, a China expert at the US Stimson Center.

Taiwanese themselves are confident that the best approach to maintaining peace in the Taiwan Strait is by maintaining the status quo. In October, 86 percent of the island’s 23 million people held this view.

Standing with Taiwan doesn’t mean not doing business with China. Consider, for instance, that the status quo works for China, too. In 2021, China purchased some $155 billion worth of chips from Taiwan, and Xi clearly knows that shutting down this supply chain would cripple China’s economy.

During a recent reporting trip to Taiwan, I spoke with dozens of Taiwanese politicians, activists, technologists, and policymakers. We explored the threat of war with Beijing, and what such a conflict would mean for the world.

Not once during my eight days did the role of the Middle East come up. If the Taiwan challenge is indeed a global concern, the Middle East’s absence could prove decisive.

Greg C Bruno is the author of “Blessings from Beijing: Inside China’s Soft-Power War on Tibet.” He is a senior editor for Syndication Bureau, was a term member of the Council on Foreign Relations in New York and is a former opinion editor at The National in Abu Dhabi and Project Syndicate in Prague. Twitter: @gregcbruno