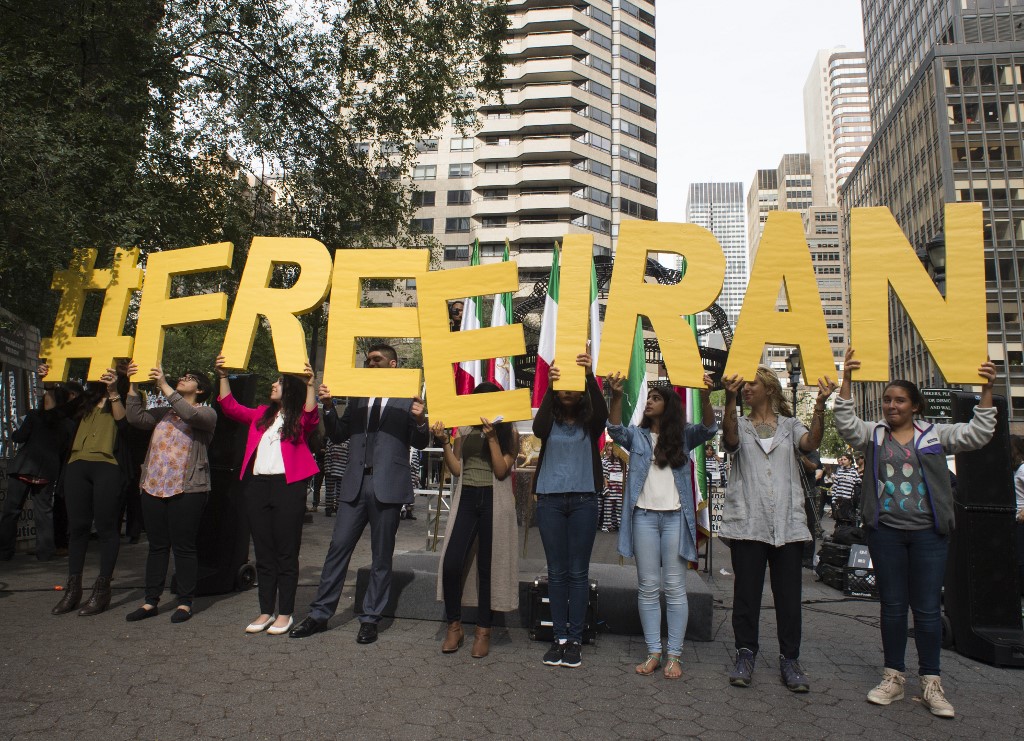 The Iranian regime has stumbled on a treasure trove: Iranian-Americans. Estimates of their numbers vary, but at least half a million Americans of Iranian origin live in the US. And while many of those are outspoken opponents of the Islamic Republic, many others have been either neutral in their views or oblivious to politics – at least until recently.

The age of identity politics in America and around the world generally has allowed Iran to revive national chauvinism among many Iranian-Americans, often by convincing them that no matter how long they have been in the US, they will always be treated as aliens. As a result, many Iranian-Americans no longer perceive themselves as Americans of Iranian descent, but rather as members of the Iranian Diaspora, an exiled group living temporarily in the US.

At the heart of this movement is Iran’s Foreign Minister Mohammad Javad Zarif, virtually an Iranian-American himself. Zarif was one of the many thousands of young Iranians who went to the US to study in the 1970s. At that time, Iranians made up the largest group of foreign students in the US. From 1977 to 1988, Zarif was one of them, firstly in San Francisco and then in Denver, Colorado. Today, around 40 percent of Iranian-Americans live in California – more specifically, in the Los Angeles area, giving rise to the city’s nicknames, “Tehrangeles” and “Irangeles.” It is almost inconceivable that Zarif did not form friendships there during his time in California.

Between 2002 and 2007, Zarif served as Iran’s envoy at the United Nations. US court documents show that, during this time, he was in close contact with leading figures from a burgeoning Iranian lobby. Connecting with America’s anti-war movement and benefiting from the Democratic Party’s espousal of identity politics over class struggle, it became one of the most influential in Washington, helping President Barack Obama in his approaches to open up dialogue with Iran. Obama officials still maintain excellent ties to the pro-mullah network in Washington.

Almost all members of this emergent Iranian lobby insist they are against the regime, even though their published articles and social media posts clearly show they support the mullahs. Their stance is that sanctions or threats of war or indeed any kind of pressure on Iran are, in fact, an attack on ordinary, innocent Iranians. An Iranian-American columnist writing in The Washington Post even argued that sanctions on the Islamic Revolutionary Guard Corps (IRGC), the backbone of the Iranian regime, hurt average citizens.

Lest it be accused of being overly negative, the Iranian lobby has its own alternative policies to propose to what it calls “the Washington regime” (a term, interestingly, used by both the lobby and by former Obama officials to describe America’s elected government). The Iranian-American proposal is for Washington to lift all sanctions and let Iranians sell their oil and prosper. As a precedent for such a plan, they cite the Soviet Union. They argue that it was not threats and punishment that brought down the USSR but the “normalization” of relations with the US. Therefore, if Washington relieves the pressure on Tehran, the mullah regime will collapse there, too.

As a plan, this shows even less foresight than America’s plan for the “day after” the war in Iraq. We hardly need reminding that the collapse of the Soviet Union did not produce a democratic country in its place. China, the economic miracle of the last decade, has yet to show that prosperity will put an end to autocracy. So why would pressing more dollars into the hands of Iranian mullahs curb their regional belligerence or hasten their political demise?

The Iranian lobby and its Democratic Party allies claim they are motivated by simple humanity. But that humanity extends only to Iran. When it comes to America’s allies in the Middle East who have dared to defy Iran, it’s a different story. The same people calling for sanctions to be lifted against Iran – because they hurt ordinary Iranians – demand sanctions on Arab countries because of the war in Yemen. Ordinary Arabs don’t matter as much, it seems. Suddenly, those Iranian-Americans become American through-and-through. The US has no need, strategically, of Arab allies, they argue, so why not play rough with their governments? In fact, why not remove them?

This is base hypocrisy. The Iranian lobby hides its support for a tyrannical regime behind concern for ordinary Iranians who are simply trying to get through the day. At the same time, members of that lobby promote their anti-Arab bias from behind the mask of American citizenship.

The feud between Iran and Arabs is ancient. Chauvinist “Diaspora Iranians” in America claim Iran is the oldest country on Earth, founded in 3,200 BCE. Iran boasted a rich culture when Arabs were still uncivilized nomads, they say. Needless to say, this is a skewed version of history. Uruq, the ancient city that gave its name to Iraq, was founded at least a thousand years earlier. Iranians today use Arabic script to write their Persian language and most of them follow a religion founded by an Arab in the Arabian Peninsula.

Having loyalty to two countries is tricky. During World War I, Americans of German descent were relabeled German-Americans, prompting President Woodrow Wilson to declare, “Any man who carries a hyphen about with him carries a dagger that he is ready to plunge into the vitals of this Republic when he gets ready.” Anxiety about relatives in Germany was interpreted as all-out support for the German Empire. In World War II, there were violent clashes between German-Americans (both pro- and anti-Nazis) and their fellow citizens descended from the countries Germany had attacked. Naturalized Americans and even some born in the US who enter politics or serve as diplomats for their country of origin invariably give up their US citizenship for good.

America is a country of immigrants, where many celebrate their heritage with pride, and rightly so. But there is a fine line between celebrating that heritage and siding with a foreign regime that is hostile toward America. Whether willingly or unwittingly, some Iranian-Americans have crossed it.