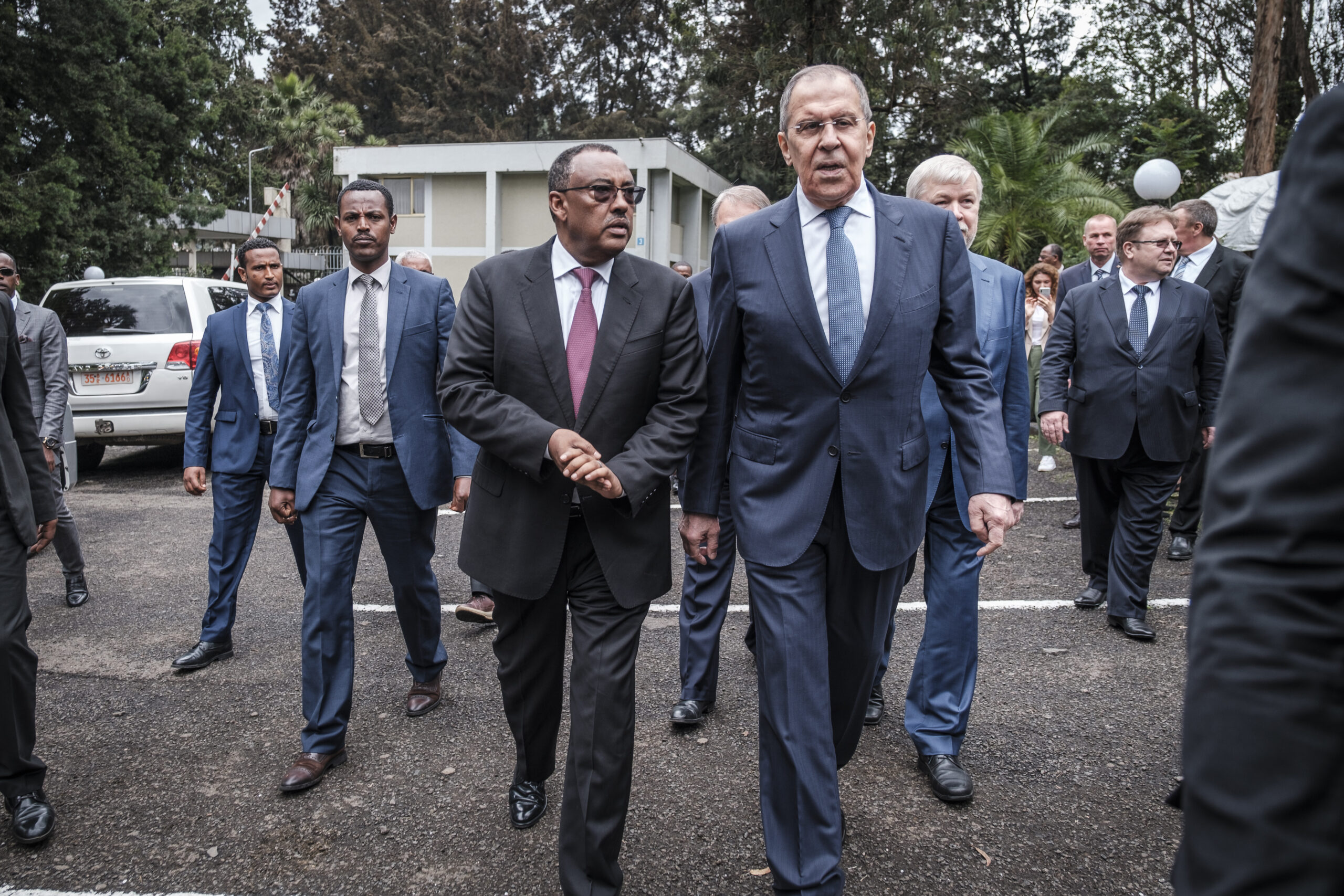 As the war in Ukraine enters its sixth month, with no signs of the conflict ending any time this year, the diplomatic war for hearts and minds has shifted to the African continent.

At the end of last month Russia’s foreign minister toured four African countries, followed swiftly by Emmanuel Macron last week, who visited three. Two US officials are due in the coming weeks, culminating in America’s secretary of state visiting three African countries later in August. It is quite the charm offensive, only slightly offset by no-one spelling out what all the charm is for.

On the surface, the reasons are obvious. Lavrov wanted to meet the Arab League, to lay the foundation for a nuclear power plant in Egypt and to prepare for an upcoming Russia-Africa summit in Ethiopia. The French president was in West Africa to chart a new relationship with former French colonies. Antony Blinken wants “partners” to tackle climate change and food insecurity.

Yet all of this comes against the background of the war in Ukraine, and when it comes to diplomacy, Ukraine is the war that dare not speak its name.

Both Russia and the West have focused on Africa ever since the March vote at the United Nations that condemned Russia’s invasion. Although the vote passed easily, half of all African states abstained, the largest such bloc. Since then, Russia has looked to African countries to reinforce its narrative about the war, while the West has sought to persuade them to change their minds: Countries that abstained on the day of the vote feature heavily on the itineraries of western leaders. The hot war in Europe has given way to a charm offensive in Africa.

This latest phase of the conflict started at the end of July, when Lavrov began his tour of African countries. Barely had he started, then Macron landed in Cameroon.

What has followed has been a war of narratives. From the start of the Ukraine war, Russia has sought to portray it as a local military operation, even going so far as to ban the use of “war” to describe the conflict on Russian television. The Ukrainian and Western response was to “internationalize” the conflict, describing the Russia invasion as a threat to the entire European continent and thereby galvanizing support across Europe. (Nor was this a mere description: It sufficiently tallied with the facts that Sweden and Finland dropped their longstanding ambivalence towards NATO and applied to join.)

Yet as Russia and western countries have gone to African leaders to seek support, this internationalizing of the conflict has worked against the West. In that regard, at least, Russia has been smart, talking up western interference and colonialism on the continent, in a way that resonates with many leaders (if not always their populations).

The arguments that Russia is no threat to African countries (unlike, wink, the West); that it has never sought to colonize African nations (unlike…); and that, just as Africans do not wish western countries to interfere in their domestic affairs, so Russia does not wish for outside interference in its“special military operation”, resonate powerfully.

Macron, arriving in Benin last week, waded directly into the argument, saying, “Here in Africa, a continent that has suffered from colonial imperialism, Russia is one of the last colonial, imperial powers – it decides to invade a neighboring country to defend its interests.” Given that Macron arrived in the country just as celebrations were beginning for the anniversary of Benin’s independence … from France, it’s safe to say that argument didn’t wash much.

These political arguments, and the desire of African leaders to show just enough solidarity to be left alone, collide with a visceral reality: The war in Ukraine is causing real hunger across the continent. Together, Ukraine and Russia provided 40 percent of Africa’s wheat supply pre-war. The conflict has been devastating. In Egypt, which relied on the two countries for three-quarters of its wheat, prices for the staple have soared almost 50 percent. In the Horn of Africa, the war has made a drought worse. Combine that with soaring oil prices and some of the most fragile countries are being hit the hardest.

The ugliest aspect of these competing tours is how little say Africa has in this war, even though it is paying some of the steepest prices. Promises of trade or partnerships don’t add up to genuine independence. As unedifying as it was to watch Lavrov talk about respecting the sovereignty of African nations even while Russia is slicing apart Ukraine’s territory, it was equally unpleasant to listen to Macron’s tone in Cameroon, where he chided African countries for “not calling it a war when it is one” – as if the label attached to a far-away European war mattered more to him than food and fuel crises across the continent.

Africa is forced to be part of this war, bearing consequences but not taking decisions, even as politicians from abroad appear to flatter, lecture or cajole. The African proverb that when elephants fight it is the grass that suffers comes to mind: a continent still paying for the sins of Europe.

Faisal Al Yafai is currently writing a book on the Middle East and is a frequent commentator on international TV news networks. He has worked for news outlets such as The Guardian and the BBC, and reported on the Middle East, Eastern Europe, Asia and Africa. Twitter: @FaisalAlYafai