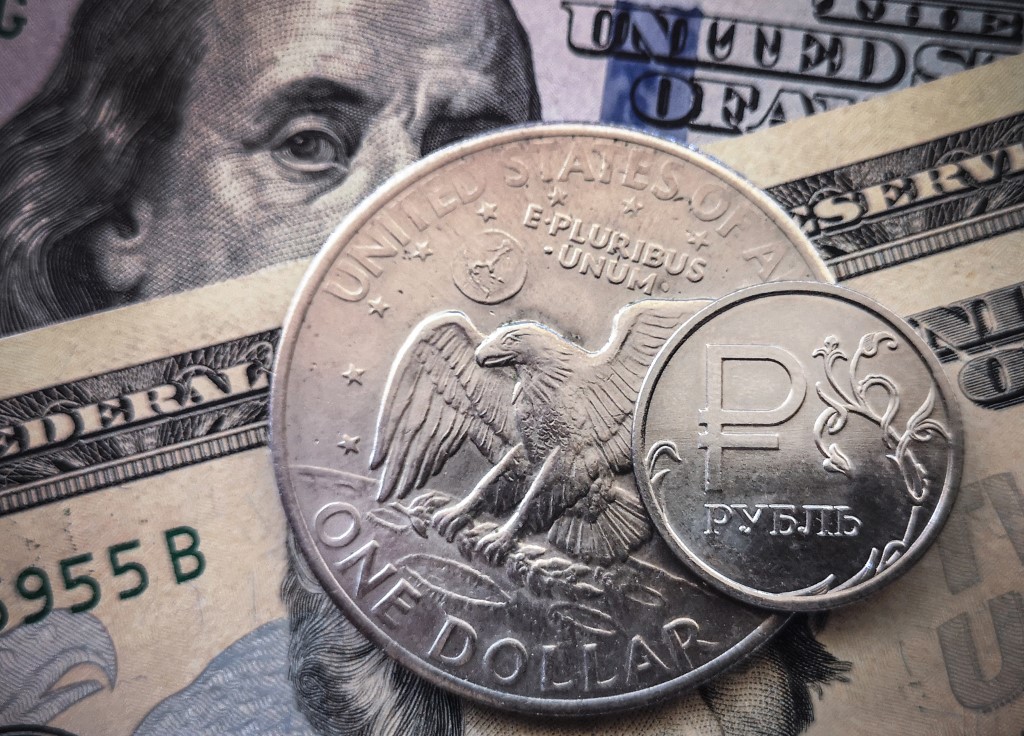 Russia’s sudden war against Ukraine was swiftly followed by a series of sanctions from the United States and Europe that isolated and cast out Russia from the global financial system. It was a very public demonstration of the vast array of financial weaponry the West is able to wield.

After weeks of this, President Vladimir Putin declared the West was waging “economic war”, and in response has begun to utilize some of Russia’s own financial weaponry.

This week will see the first real test. Last week, Putin warned “unfriendly” countries – by which he really meant European countries – would need to start paying for their natural gas in roubles, rather than dollars or euros. He gave the Russian central bank until the end of March to figure out how that would happen.

If it goes ahead, it will be no idle threat. European countries collectively purchase 40 percent of their natural gas from Russia, paying as much as $800 million per day. It is an unparalleled move – one to which the EU has reacted defiantly, although that defiance may eventually be tempered by self-interest.

Russia’s latest move is part of a much longer war it has been waging against the dollar, which remains the currency in which most oil and gas trade is denominated.

Western sanctions in response to Russia’s annexation of Crimea in 2014 exposed a crucial weakness in its attempt to oppose the west: The western hegemony in the financial system.

Since then, Russia has taken steps to reduce its exposure to the dollar, forseeing exactly the sort of wide-ranging sanctions recently imposed. By one estimate, the share of Russia’s exports denominated in dollars dropped from 80 percent in 2014 to around half today. In the same period, Russia’s central bank halved its reserves of dollars, shifting to the euro, the yuan and other currencies. By 2019, Russia held a quarter of all the world’s yuan reserves.

It’s an insurgency though, that has already started, and one in which Russia has a major supporter, China. For years, both Russia and China have sought to wean themselves off the dollar, an attempt known as de-dollarization. The two countries took a major step in that direction in 2019, when they agreed to settle all trade between them in their respective currencies. The swift damage inflicted on the Russian economy may make Beijing wonder if it can withstand similar sanctions – if, for example, it sought to absorb Taiwan by force – and whether it needs to go faster.

Yet a post-dollar world is easier to imagine than to create, especially for China, which seeks not only to replace the dollar as the world’s reserve currency, but to replace the United States as the global superpower. Historically, the two have gone together, but it’s a goal that cannot be achieved without enormous political upheaval – upheaval that even China may not be prepared for.

The history of global currencies is somewhat limited. In the modern era, there has only really been one changeover, when Britain’s sterling was overtaken by the US dollar after World War II – and then only because Britain was so indebted by two devastating wars in four decades. For the yuan to overtake the dollar would take a similar change, and China would be unlikely to escape the consequences.

Beijing also has a very different perception of how it can usurp the superpower, one that doesn’t involve invading multiple countries. As much as Beijing may wish to move to a post-dollar world, it is still – to a far greater extent than Russia – tied into the western-built global trading system.

It would also need to persuade others to come along. The move to a post-dollar world can only happen with widespread adoption of another currency – so far, few other countries (with the exception of Iran, which is also heavily sanctioned by the west) appear interested. The overwhelming majority of global trade is still conducted in dollars, euros or British pounds.

Taken together, this means an overnight shift from one global currency to another is unlikely. Much more likely is a gradual shift to a multi-polar financial system – one in which other currencies like the euro and yuan as well as gold or a newly created, state-backed digital currency plays a role.

It is this possibility that means the current holder of the world’s reserve currency needs to tread carefully. For Washington, extensive sanctions against Russia may in fact have the effect of giving extra weight to the euro, something Europeans would welcome. America has to balance punishing Russia with not creating incentives for the more widespread adoption of rival currencies.

Russia may not be able to split the transatlantic alliance by using the rouble as a weapon. Yet the promise of a greater role for the euro may tempt European countries where threats have failed.