Russia Is Not Ready for North Syria 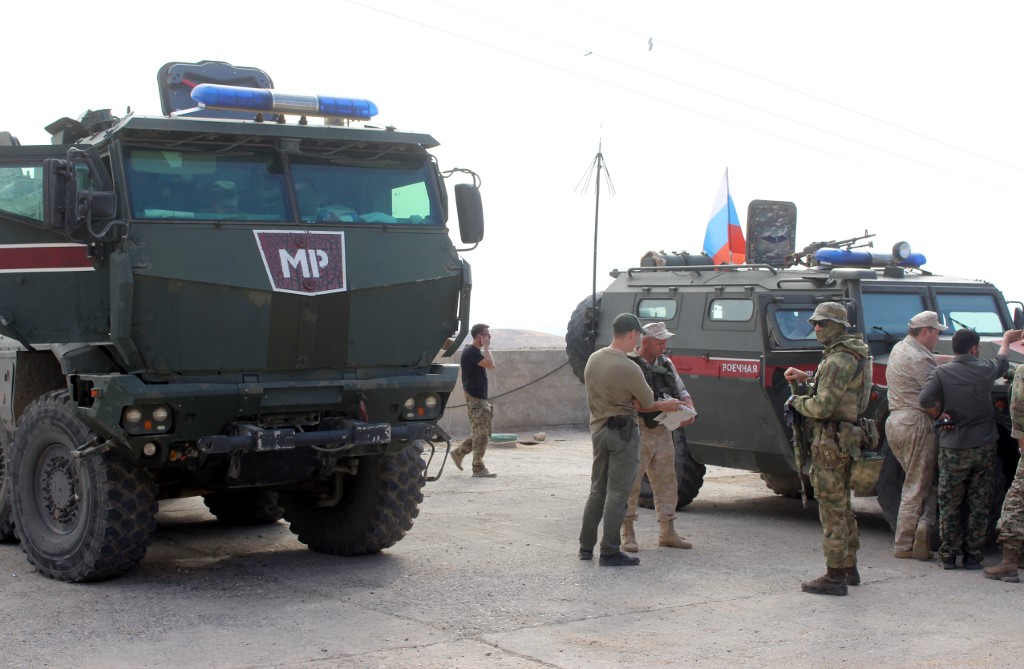 If you listen to Russia’s official messaging on Syria, you would think Russia’s sole role in this eight-year conflict was as peacemaker. In between bombing hospitals and bakeries, the Kremlin trumpets that it merely responded to a request from Syria’s “legitimate sovereign government” for help in “defeating terrorism.” Terms such as “de-escalation zones’’ and “ceasefire regimes” feature heavily in Russian-language headlines as well as the various international summits Moscow has organized on Syria, in Sochi, Astana and elsewhere.

Amid the battlefield carnage and relentless bombing of rebel-held civilian areas, however, Russia has made a genuine effort at enforcing and preserving ceasefires in other specific areas, mostly along frontlines between rebel and Syrian regime troops. In 2017 and 2018, Russian military police were deployed to contested areas. Fighting in those areas was essentially frozen – hence “de-escalation” – until it suited Moscow and Damascus for it to resume. But during the stoppage, the Russians military earned significant good will from the local population for keeping the lid on any clashes that broke out.

Buoyed by this success, Moscow has now chosen a much bigger fish to fry: stepping into Kurdish-held (and largely Kurdish-populated) northern Syria alongside Turkish forces. But this will be far more difficult than earlier missions and the goals are likely to be entirely beyond Russia’s capabilities.

Roughly two weeks after the start of Operation Peace Spring, Turkey’s military operation to establish control over Syrian-Turkish border territory, Moscow and Ankara brokered a deal establishing the future of the zone. Chief among its provisions was that joint patrols would be conducted by Russian and Turkish forces in a ten kilometer-deep zone from the border. Moscow probably hoped this would increase Russia’s direct influence over the area as well as preventing a descent into chaos or an insurgency, as the first two weeks of the Turkish operation had shown were more than possible.

Patrols began in early November and immediately ran into difficulties. Moscow had anticipated this to some degree, deploying additional armored vehicles as well as an entire new battalion of military police from Chechnya for the task. But within a week, the Russian and Turkish patrols were being pelted with rocks thrown by disgruntled local Kurdish civilians. By mid-November, Molotov cocktails had begun to appear, by which time Russia had already begun deploying helicopters for their own patrols. In at least one instance, Turkish forces reacted by opening fire on the protesters.

The violence has not got worse but the signs are not good. That should come as no surprise. When military police were deployed in 2017 and 2018 in central and western Syria, the environment was radically different. The enemy was already cowed by recent massive defeats, such as the fall of Aleppo city in December 2016. This time, Russian forces are entering an active combat zone where conflict is only beginning.

The Afrin precedent, where Turkish forces occupied the formerly YPG-held enclave with relative ease in early 2018, offers no blueprint for subduing what is core Kurdish territory in Syria, not a remote outpost. It is reasonable to expect it to prove a much tougher task.

The tools at Moscow’s disposal are also not entirely right for it. While the military police have been effective in the past, it was generally their mere presence that kept both sides from reopening conflict; no real counter-insurgency or similar work was conducted.

Even with the additional Chechen battalion, Russia’s military police presence in Syria remains at only slightly over 1,000 servicemen (assuming 300 men per battalion and perhaps four battalions in-country). These are simply not sufficient numbers to conduct anything more than show-of-force patrols, much less provide any sort of effective peacekeeping. Moscow’s deployment of helicopters to supplement ground patrols only doubles down on the optics front: unless the plan is to level buildings in heavy urban combat, air support does little good on this front.

This poses a dilemma for Moscow: what happens if and when confrontations between local rock-throwers and Turkish/Russian patrol groups jump from Molotovs to gunfire?

Getting involved in a bloody counter-insurgency campaign is exactly the sort of thing Moscow has hoped to avoid throughout the entirety of its intervention in Syria; furthermore, this would firmly torpedo relations with the Syrian Kurds, whose frayed alliance with Washington the Kremlin surely hopes to exploit.

Simply standing down or withdrawing would also constitute a major loss of prestige, tantamount to admitting that Moscow simply does not have the capacity to control events in this major new theater. While this would probably be the most (or only) prudent course of action, portraying Russia as a decisive player on the world and regional Middle East stage has been one of Vladimir Putin’s driving influences behind his entire intervention. Stepping aside as conflict erupts would be a highly embarrassing reverse.

It looks, therefore, as if Moscow has taken on. a poisoned chalice in northern Syria: now involved on the ground, it would appear to have few good options in dealing with whatever comes next. Maybe the Kurds will submit and a few perfunctory neighborhood patrols per week will be all that is required of Russia’s military police after all. If not, things are bound to get a lot messier.