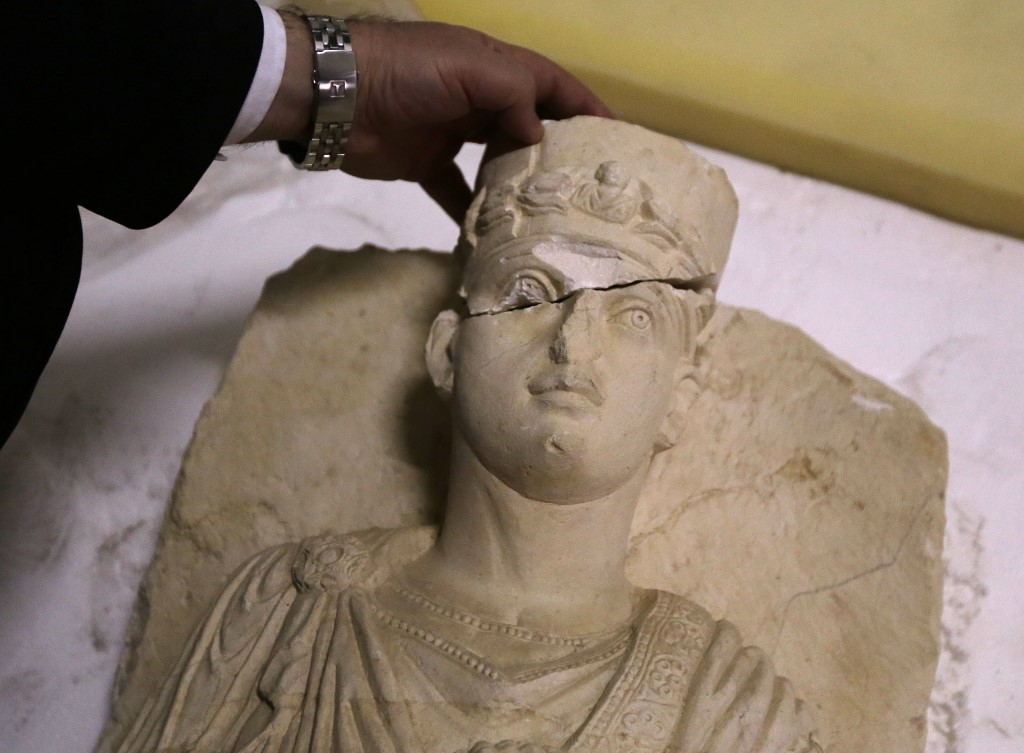 The recent anti-racism protests around the world have revived a long-standing debate on whether Western museums should return artifacts taken by colonial powers from former colonies. In a recent article on the Foreign Policy website, the journalist Nosmot Gbadamosi claims there are “a number of new museums planned” right across Africa to house the cultural heritage that was stolen by the colonialists. However, the sad reality is that if former colonies wants to preserve their cultural heritage, leaving it in museums abroad probably is the safest option for now.

Some of the oldest landmarks and symbols of civilization are to be found in the Middle East. Unfortunately, some countries in the region still have unstable governments. Acting ostensibly in the name of Islam, ISIS took a hammer to 3,000-year-old Mesopotamian statues in Mosul, Iraq. In Syria, ISIS demolished the 2,000-year-old pagan temples of Palmyra – something that not even the Muslim caliphs had done during their conquest and rule over the region. The gravestone of Imru Al-Qais, a pre-Islamic Arab king, along with statues of pre-Islamic idols such as Al-Lat, were discovered not far from Palmyra. Thankfully, they were saved from the same fate as the temples – because they are in the Louvre in Paris.

Even in more stable Arab countries, such as Tunisia, artifact looting has become a chronic problem. Since 2011, Tunisian authorities have recovered more than 25,000 archeological items from looters intending to sell them on the global market for a handsome profit.

The British Museum in London holds at least 73,000 objects from Sub-Saharan Africa. The Humboldt Forum in Germany has around 75,000 and the controversial Royal Museum for Central Africa in Belgium holds more than 120,000 artifacts, mostly taken from the Belgian Congo during the brutal regime of King Leopold II. Transporting ancient treasures to Europe was certainly one of the dark sides of colonialism. But on a brighter note, it was instrumental in unraveling and preserving history.

Egypt, a relatively stable country with museums already stuffed with valuable artifacts, wants the British Museum to return the Rosetta Stone, the rock that provided the key to unlocking Egyptian hieroglyphs. The request is perfectly justified – but so is the reason for not complying with it; had the stele not been taken, hieroglyphs would have remained a mystery.

Then there is the fiendishly complicated issue of ownership. The treasures Nigeria wants the British to return were taken from what was the Kingdom of Benin at the time. Greece has been demanding the return of the Elgin Marbles from the British for years. The collection of classical marble statues was taken from the Parthenon and shipped to London by Lord Elgin, a British aristocrat, between 1801 and 1812. He claimed he had obtained approval to do so from yet another colonial power – the Ottoman Turks who ruled over Greece at the time.

Saudi Arabia also has claims against the Turkish colonizers. Five pieces of stone allegedly broken from the Black Stone of the Kaaba in Mecca are in the Mehmed Pasha mosque in Istanbul.

The dispute between Greece and the British Museum over the Elgin Marbles prompted the directors of 40 institutions, including the world’s foremost museums, to issue a statement asserting that while each case must be judged individually, “we should acknowledge that museums serve not just the citizens of one nation but the people of every nation.”

Human heritage does not belong to one place or one nation, but to all humanity and it is the duty of humanity to preserve it for scholars to study and everyone to enjoy. It is common practice for the world’s museums to lend and borrow collections or send them out “on tour” around the world, and this should continue. Historic value outweighs geographical location.

If the countries from which they originated can one day prove that they can offer a safe home and protection for them, then certainly those historical treasures can and should return to their homeland. Until then, it is better to leave them where they are. This is, to be sure, not ideal, but is for now it is arguably a prudent course of action.