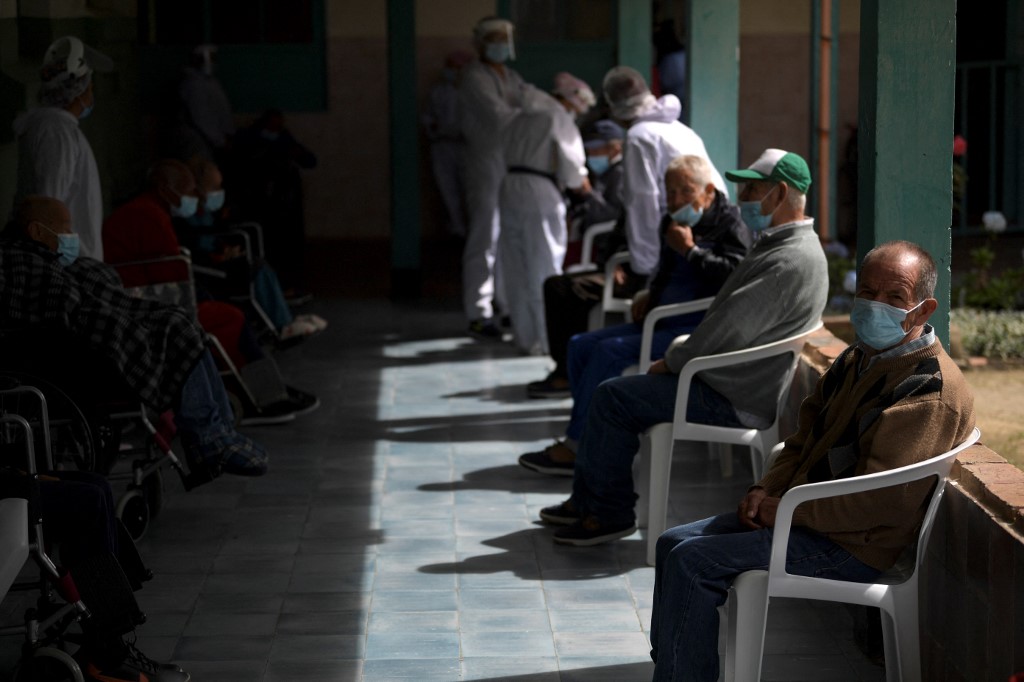 Every January, the world’s media is inundated with self-help articles full of tips for starting the year on the right foot. Since the outbreak of the COVID-19 pandemic, these articles have become a mainstay of newspapers and blogs worldwide.

This is hardly surprising. We are in the midst of a mental health crisis of historic proportions spurred on by seemingly endemic uncertainty and the lack of physical connection with friends and family.

WHO Director-General Tedros Adhanom Ghebreyesus said the “mass trauma” caused by the pandemic was worse than World War II. Even before the coronavirus outbreak, a study by Arab Barometer found that almost one third of those asked in the Middle East and North Africa said they suffered from depression.

We are desperate for new approaches to mental health that can help deal with this crisis.

It’s no wonder then that some forgotten approaches to mental health are resurfacing with surprising ferocity. It can be a challenge to find the approaches that can deliver meaningful change. However, the work of Swiss psychiatrist Carl Jung, which has enjoyed an incredible resurgence, is worthy of our time.

Diving deep into Jung’s thoughts on the human psyche is perhaps the best way to start 2022 with a fresh outlook and renewed vigor, but it’s certainly not for the faint of heart.

The chances are that you have stumbled across the name Jung. He was a psychiatrist known for his early partnership with Sigmund Freud in dream analysis and the development of psychoanalysis at the beginning of the 20th century.

Jung and Freud ended their professional relationship in the early 1910s, which enabled Jung to further develop his theories about the nature of the human subconscious and found the field of analytical psychology.

One of Jung’s most controversial theories took off as a viral TikTok hashtag in the middle of 2021, nearly 60 years after his death. The hashtag #shadowwork has been viewed more than 419 million times.

Jung understood the human psyche to be a bit like the surface of the ocean. We all operate above the surface using our egos and persona, which is a projection of how we believe we should act in society. The persona, in other words, is who we pretend to be in public.

Underneath the surface of daily life lies a vast subconscious. In this murky part of the psyche, we all have a shadow, where we put everything that we don’t like about ourselves or the material that we are ashamed of. Jung wrote that “the shadow is that hidden, repressed, for the most part, inferior and guilt-laden personality whose ultimate ramifications reach back into the realm of our animal ancestors.”

You can’t get rid of your shadow. Psychological distress (often in the form of a mid-life crisis, a concept Jung developed) arises from futile attempts to suppress one’s shadow. The path to wholeness and a satisfying life lies in our ability to confront the shadow, understand it, and ultimately tame it.

Jung referred to this process as the integration of the shadow. “One does not become enlightened by imagining figures of light,” Jung wrote, “but by making the darkness [of the shadow] conscious.”

That’s easier said than done and thankfully Jung left a detailed record of his personal attempts to explore his shadow. In 1913, after his split with Freud, Jung began an introspective exploration of his psyche using a technique that he called active imagination. He would enter a state of wakeful dreaming in an attempt to dig deep down into his subconscious.

He wrote about his experience in a set of volumes known as “The Black Books,” which detail his encounters with all manner of visionary elements, including an internal guru he called Philemon.

Building on the material from “The Black Books,” Jung worked on a more polished version of the material that evolved into one of his seminal works, “The Red Book.” Both volumes weren’t published during Jung’s lifetime and became a source of great controversy.

Jungian analysts and scholars knew of their existence since Jung would allude to them in writing and lectures, but the Jung family was torn on publishing such intimate and revealing documents about the eminent thinker. After decades of intrigue, “The Red Book” was finally published in 2009, and “The Black Books” were published in complete form in 2020.

While these books are verbose and not easily accessible, they are the keys to why Jung is a critical thinker for the present mental health crisis.

Jung’s advice for all of us is to look inside. We shouldn’t shy away from our shadow but address it head-on so that we can become whole. “Everything that irritates us about others,” he wrote, “can lead to an understanding of ourselves.”

By exploring his struggles as depicted in “The Red Book” and “The Black Books,” we can better learn how to do the heavy lifting of awakening one’s psyche. Can you think of a better way to start the year?