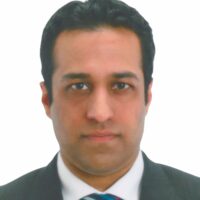 Pakistan’s economy is in a deep mess. This summer’s epic floods took more than a thousand lives and inflicted billions of dollars in damage and devastation.

Pakistan’s perceived default risk, as reflected by the credit default swap, continues to soar. Its sovereign credit rating sinks deeper into junk territory. Delivery of the next tranche from the IMF is uncertain as the Fund insists that Pakistan expand revenue collection.

The bigger picture is even more daunting. Pakistan is arguably the sick man of South Asia. Regional peers Bangladesh and India have long surpassed it when it comes to human development indicators like infant mortality, literacy, and gross national income.

Yet Pakistan’s rulers are fixated on a question that is immaterial to the well-being of its 220 million people: Who will lead the country’s army?

The choices before them: extend the tenure of the current army chief, General Qamar Javed Bajwa, beyond his scheduled retirement date of November 29, or select a replacement among the senior commanders.

Days after Sharif returned to Islamabad, his chief rival, the former Prime Minister Imran Khan, announced that his so-called Long March would arrive in Rawalpindi – the seat of the Pakistan army – on November 26.

The date, just before Bajwa is expected to pass the baton on to his successor, is clearly aimed at influencing the army’s leadership transition or even forcing a constitutional crisis.

The choices of Pakistan’s next army chief and the date of the next general elections have driven the political turmoil since Khan’s removal in a vote of no confidence this April. Polls must take place by next fall. The popular Khan, who survived an assassination attempt on November 3, would like them to occur sooner. And both Khan and the Sharifs would like the next army chief to be someone who is an ally or at least not an adversary.

The political elite’s fixation on the army chief selection reflects the historical, outsized, extraconstitutional influence of the Pakistan army, even when it is not directly ruling the country.

The current army chief, Bajwa, has served as a kingmaker during his tenure. Bajwa facilitated Khan’s rise to power in 2018, helped sustain his rule, and then orchestrated his fall from power. Bajwa’s divorce from Khan was justified in part by claims that it would help revive Pakistan’s economy and improve its relations  with close foreign partners.

But the political turmoil this year has only taken Pakistan backward, compounding its economic woes and weakening its standing on the world stage. World and regional powers are balking at making major policy decisions vis-a-vis Pakistan until political stability emerges.

Washington is proceeding cautiously in engaging Islamabad and Rawalpindi as it seeks to avoid further entanglement in local power struggles. The postponement of the visit of Saudi Crown Prince Mohammed bin Salman to Islamabad this month is being attributed in part to Khan’s Long March. And even Pakistan’s relations with its closest partner China have taken a hit.

Earlier this month, Prime Minister Sharif returned from a state visit to Beijing with little to show. His first trip to China as prime minister, after more than 200 days in office, came after the longest interval after assuming power for any Pakistani head of government this century. By comparison, his brother Nawaz visited Beijing in 2013 a month after taking office. And Khan made his first trip to China in 2018 less than 80 days after becoming prime minister.

The absence of political and macroeconomic stability will deter the type of investment from friendly countries that Pakistan needs to get out of this economic crisis.

Pakistani elites are accustomed to the world community responding to their needs because the nuclear-armed country is perceived as too big to fail. But they must adjust to a new normal. The era of massive aid packages is over. Instead, foreign direct investment is crucial to putting Pakistan on the path of sustainable economic growth.

But Pakistan will not be regarded as a credible partner or viable market until it gets its house in order. First and foremost, that requires the Pakistan army to truly take a step back from the political process. The country cannot afford for its leadership to be consumed by a mere bureaucratic appointment.

To exit this crisis, the government and opposition should agree on a consensus candidate as army chief, set a timetable for free and fair elections, and begin a conversation on deep economic and governance reforms. Internal strength will buttress Pakistan’s foreign relations – as it has for India.

New Delhi is being aggressively courted by Washington, even while it remains closely partnered with Moscow. India’s economic strength, rooted in the economic reforms by then-Finance Minister Manmohan Singh in 1991, serves as the foundation for its strategic autonomy and clear-eyed pursuit of its national interest.

Singh’s reforms, pushed forward during the economic crisis of 1991, ushered in three decades of growth. Pakistan’s elite must also seize the moment in this period of upheaval.

Arif Rafiq is president of Vizier Consulting, LLC, a political risk advisory company focused on the Middle East and South Asia, and a non-resident scholar at the Middle East Institute. Twitter: @arifcrafiq