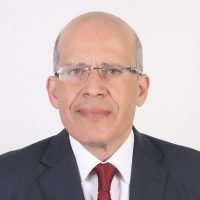 As expected, the publication of Tunisia’s proposed new constitution has not defused political tensions or painted a clearer picture of where the country is heading. Rather, the draft, to be submitted for national referendum on July 25, has only hardened positions around President Kais Saied, who seems unlikely to be distracted from the pursuit of his agenda.

Despite issuing “corrections” to the constitutional text, Saied has not managed to dispel the concerns of critics that the proposed constitution would allow the president to concentrate virtually all executive powers in his hands – with little to balance out his influence.

As written, the constitution gives the president sole authority on appointing or dismissing the head of government and members of cabinet. Although the parliament could censure the government, the latter remains accountable only to the president.

Furthermore, the president could continue to invoke the constitution to exercise emergency powers, whenever he determines that the country faces an “imminent danger.” The head of state would also name the members of the constitutional court and closely oversee the judiciary. Finally, the Chamber of the People’s Deputies would share legislative duties with a second chamber for “regions and provinces.” MPs would be subject to recall.

Concerns about obstructionism by the previous parliament have now given way to fears of weakened legislative power.

Discussion of the new constitution has taken Tunisia back to the acrimonious debates of the last decade about the place of religion and identity in politics. Although Saied’s defenders say he is no advocate of political Islam, modernist critics are concerned by the conservative ideas reflected in the president’s constitution, which stipulates that “Tunisia is part of the Islamic nation; and the state alone is entitled to working to achieve the purposes of the noble Islam.”

President Saied has tried to be reassuring by adding a caveat in his corrected version that the state would act “under a democratic system” in pursuit of such goals. But to his critics, this is not enough, as they believe that the current text could pave the way for Saied or his successor to bury any notion of a civil state.

Ironically, many Tunisians are equally worried by what happens if the draft is defeated by the referendum, especially that the president has not committed to resigning and holding early elections should his constitution be rejected.

But a return to the system in place before Saied’s assumption of emergency powers and suspension of parliament, in July 2021, is virtually impossible.

The previous system has been largely discredited, and the 2014 constitution is perceived as the source of the country’s political and constitutional crises leading to economic decline. Saied has in fact benefitted from the negatives associated with the past system.

This has left political parties opposed to Saied’s recent move with few options as they have so far failed to draw large crowds to their cause. Ennahda’s Islamists, long weakened by their internal splits and ill-performance in government, are in particular struggling to reckon with simmering public distrust and mounting legal woes. Trade unions have been critical of Saied but have steered away from any alliance with the opposition.

The resilience of grassroot support has in fact emboldened Saied in his determination to continue his solitary pursuit of a reshaped political system, with very little interaction with major political parties and civil society organizations.

The constitution is widely expected to pass the test of the referendum, paving the way for new elections in December, as most opponents are not only deeply divided but are likely to abstain instead of voting “No”. For now, the only uncertainty is the level of turnout for both votes.

An unexpected endorsement for Saied’s plans came earlier this month from Algerian President Abdelmadjid Tebboune, who called on Tunisians to come out “massively” for the constitution vote. The Algerian leader’s position reflects regional and international wariness about developments in Tunisia and their potential ripple-effects.

In the process, Saied has demonstrated an ability to adjust course as needed. Among the “corrections” Saied made to the draft constitution was the removal of “public morals” from the list of possible justifications for restrictions to civil liberties. He also told voters in a televised address that he is not an aspiring autocrat.

By issuing modifications and by eschewing from the start sensitive issues such as the criminalization of normalizing ties with Israel (while including support for the Palestinian cause), Saied has preferred to err on the side of caution.

Tunisia’s road ahead remains strewn with challenges besides those of Saied’s political roadmap. Not the least of these is the outcome of delicate negotiations with the International Monetary Fund, which might compel the president to accept painful reforms that are at odds with his populist narratives.

But in meeting that challenge and others, Saied cannot continue to shun substantial dialogue with key social and political actors. His complacency with domestic support and outside de facto acceptance of his moves may not be his best guide in steering the ship of state.

By assuming most levers of power, Saied is bound to receive all the blame if and when anything goes wrong. The highest risk, however, could stem from the ailing economy, which could further increase hardships. That, coupled with continued polarization of the elite over the president’s game plan, will add to uncertainties about Tunisia’s trajectory.

Solo navigation might seem like the prudent choice for a leader intent on implementing his own vision for the future. But Saied’s approach offers no insurance policy against decision-making mistakes or unexpected shifts in public mood as the country painfully struggles to find safe harbor amid deepening divisions and mounting challenges.