France’s Macron Doesn’t Want an Islamic Reformation. He Wants to Be Re-Elected 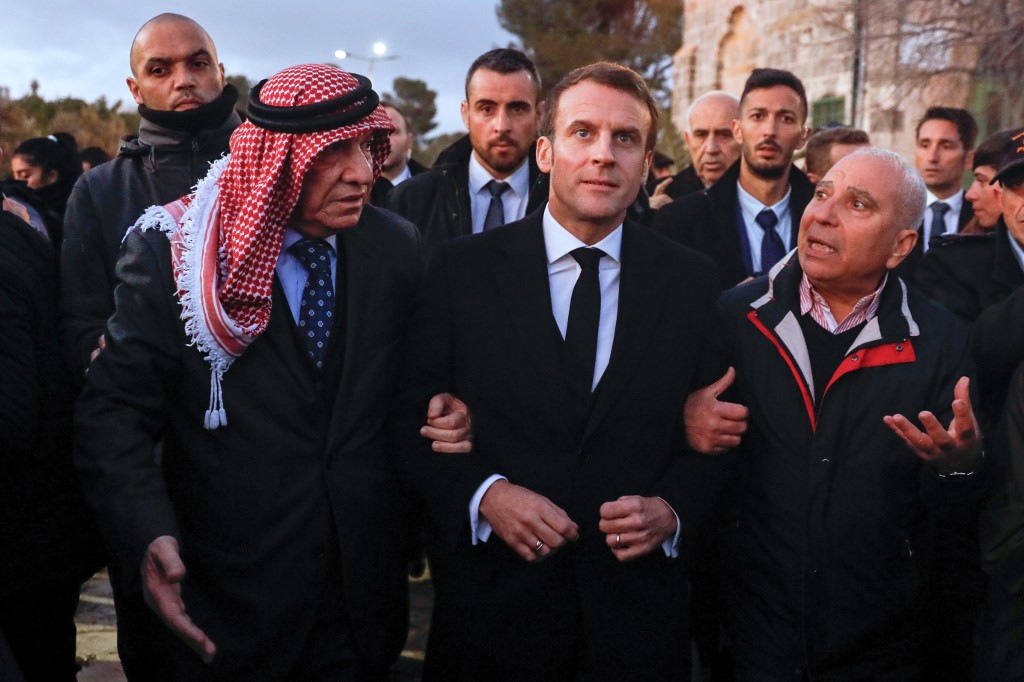 Eighteen months before the French presidential election, the campaign has begun. Admirably demonstrating the back-to-work ethic he preached in June as the country’s lockdown restrictions were eased, Emmanuel Macron this month sounded the starting gun for the race with a shot across the bows of the Muslim community. Variously described as a “crackdown” or an Islamic “reformation,” Macron put the Muslim community squarely in the political crosshairs, announcing a new law that he said would end religious “separatism” and free French Islam from “foreign influences.”

As so often with politics, the real target was elsewhere. Macron may genuinely believe in reforming the handling of religious education, although the country’s largest minority community has too often been a punching bag for his ministers. But he believes much more strongly in winning the next election. And to do that, he will need to tame a far greater threat than imams who are trained abroad: he will need to curb the rise of the far-right.

History is not on Macron’s side. France’s last two presidents have only lasted one term. But, happily for him, history also provides a solution. In the past half century, no French leader has been elected with more than 54 percent of the vote. There are two notable exceptions: Jacques Chirac in 2002, when he won 82 percent against the far-right leader Jean-Marie Le Pen, and Macron himself in 2017, when he won 66 percent of votes against Le Pen’s daughter Marine. Thus, for a French politician, there is no better opponent than a Le Pen.

A new poll last week suggested that rivalry is exactly what the French public wants. Macron and Marine Le Pen were far ahead of other politicians, both standing to gain around 25 percent of votes if the election were held now. That places the French centrist president in a quandary, both desiring the far-right as an opponent and fearing the power of their ideas. Lean too far away from them and his mainstream political opponents will sweep in and wrap themselves in the anti-immigration garb of the far-right.

This is where Macron’s plan to tackle Islamic “separatism” has come from. By tacking a little bit to the right, with talk of separatism and controlling imams, and tacking a little bit to the left, by issuing, in the same speech, a mea culpa for how the colonial past created French ghettos, he hopes to remain in the center while also riding the far-right wave that is sweeping Europe. It is a good strategy that has seen other European politicians win by dancing to the hard right’s tune.

But it has a flaw: Le Pen is a conductor who can set the mood music.

Look at how the National Rally, the rebranded name for the National Front, responded to his speech and you see the battle-lines they are preparing for: not immigration, per se, which can be satiated with policy, but freedom and independence, which never can be.

While noting that it was the Rally that pushed Macron to act – a common claim for far- and hard-right parties across Europe and, sadly, often an accurate one – the group concludes, “It is unfortunate that in the name of the fight against radical Islamism, the French are forced to cut back a little more on their freedoms, especially those of parents.”

The reference to parents is because Macron, as part of the crackdown on “separatism,” announced an end to home schooling. Banning home schooling is an unorthodox policy prescription for separatism. It is legal in France, unlike in Germany, but not many do it; the numbers are perhaps in the low tens of thousands. As with the French ban on the full-face veil it is a prescription without evidence: the French state doesn’t appear to know how many citizens home-school their children and, because of the ban on collecting religious information, the state has no way of knowing how many of those might be Muslim.

What home schooling is, however, is a delineating line that Le Pen has shrewdly understood can be framed as a question of freedom. As the election draws nearer, expect Le Pen to return to this theme, explicating that it is politicians who are seeking to take away the freedom to decide what is best for their children, and so on – all the rallying cries of independence from government bureaucracy that have proven so politically powerful for the right in Europe.

That doesn’t mean that Macron will lose against Le Pen, if the election comes down to the two of them. It means rather that such a blatant attempt to appropriate the far-right’s talking points gives the far-right the ability to shift the conversation even further, moving the political center into uncharted territory.

This is what happened with the Brexit argument in the UK: once the principle that Brussels needed to be “tamed” was accepted by the center-right Conservative party, it became easy for the hard-right Brexiteers to demand more and more, until the inescapable logic of the position became to leave the European Union completely.