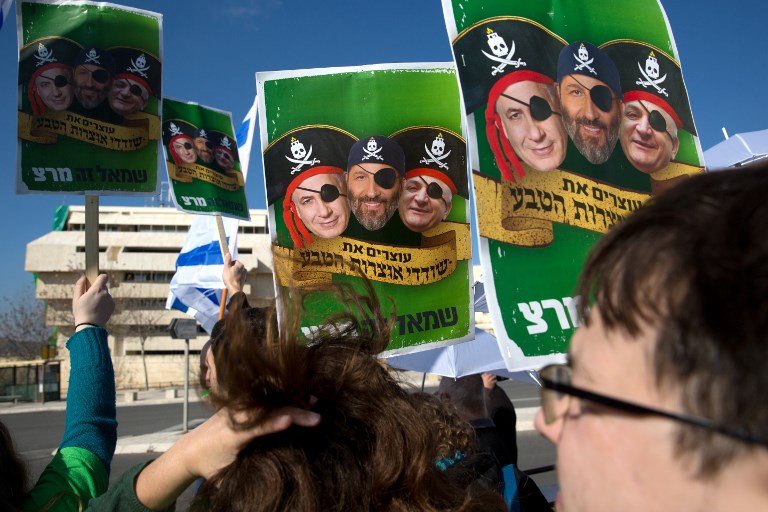 Usually positioned on the margins of the Middle East’s complex energy politics, Israel now is a legitimate player in its own right. More than a decade ago, large natural-gas fields were discovered off Israel’s northern coast in the Mediterranean. Since then, it has scrambled to determine exactly how the gas will make its way to Europe, principally, but also to other markets in Africa. For unlike the traditional energy politics of its neighbors, Israel has far more political issues to contend with.

The French energy conglomerate, Total, highlighted the issues last month when its chief executive, Patrick Pouyanne, told the Financial Times that Israel was “too complex” for investment. Pouyanne further explained that Total was unwilling to put its other relationships in the region at risk by inking fresh deals with Israel. This should be no surprise, as Total likely still wants to partner with Iran in a gas-exploration deal that has now been put on hold because of renewed American sanctions. Additionally, the company has been working closely with Lebanon to explore the country’s offshore gas potential in the Eastern Mediterranean.

There are almost certainly additional pressures on the company that its executive doesn’t want to mention. Over the past decade, boycott activists have been successful in pressuring European companies to end business relationships in Israel. As a consequence, the French company, Systra, for example, pulled out of the Jerusalem light-rail project, while the British security company, G4S, ended its business in Israel. That is just the tip of the iceberg.

Given the high stakes surrounding Israel’s natural-gas fields, Total cannot want to face the prospect of a civil-society boycott that would almost certainly be backed by the movement’s like-minded allies in Lebanon and state-inspired ones in Iran. This is not to say that the movement, by itself, is in a position to inflict significant damage on the Israeli economy. Rather, it can be a massive irritant to business. It has the power to make deals that much more “complex” and bothersome for companies that wish to do business in or with Israel.

For example, seeing its bet in Iran fall to pieces, one might suppose that Total should want to consider changing sides and working closely with Israel. But the ever-present prospect of the boycott makes such a shift fraught with potential controversy.

There are other factors at play that cast the entire issue in a more global light. When Israel first made its gas find, there was a strong push to export the gas through Turkey to Europe. Turkey, which is energy deprived but centrally located, has been trying to cast itself as an energy hub linking energy-producing regions in the Middle East with Europe.

But then politics intruded. Israel and Turkey’s relations soured after the Arab Spring, as Ankara sought to position itself as a champion of change in the region, while Israel began to court new allies in the region while entrenching its occupation of the West Bank. As Turkish bets on the Arab Spring failed to materialize, the country draped itself in the Palestinian cause as a way of demonstrating its soft power in the hearts and minds of many across the Middle East. The rhetorical wars have put a serious stain on Turkey and Israel’s relationship.

By the end of last year, the Turkey pipeline was sunk. With help from the United States, a new $7 billion EastMed pipeline project was conceived that would transport gas from Israel’s offshore fields to mainland Greece through Cyprus and Crete.

Once fully operational, the pipeline will deliver 10 billion cubic meters of gas per annum to energy-hungry markets in the European Union, which will bring in billions of dollars for Israel, Greece and Cyprus while providing lower gas fees for northern customers who have been dependent on Russia and other Middle East countries until now.

Then again, Israeli political complexities in Levantine energy deals might soon face competition. For in another sign of the dizzying complexity of gas politics in the Mediterranean, Moscow has led its own exploration efforts in waters off the Syrian coast (and in Lebanon, in partnership with Total, as previously mentioned). Any significant discovery likely will be exported to Turkey, given its proximity to the fields and its recently upgraded relationship with Russia. Yet none of this necessarily answers the question of ultimate sovereignty over those assets until the Syrian conflict is – somehow – concluded definitively. Nevertheless, not only does Russia want a part in any further Mediterranean gas discoveries, but it has an interest in protecting its role as Europe’s primary natural-gas supplier.

Relations between Russia and Israel currently are good. The two regularly communicate about Russian actions in Syria, and the presence of over one million Russians in Israel helps maintain cultural and social links. But once Israeli gas begins flowing into the European Union, the relationship could soon strain as Russia’s economy depends significantly on revenue from Europe.

Thus, in comparison, hydrocarbon extraction and supply in the Middle East’s GCC states have proven far more straightforward for the energy majors. The complexity of politics – local and international – in the Levant will therefore factor increasingly in calculations of companies such as Total. Is the hassle of working in, or with, Israel worth the addition to the bottom line?

For now, Israel is moving quickly with the help of the US in a bid to transform Europe’s energy market. But geopolitics – leavened with a large dose of local activism – can change economic calculations. And this makes Israel’s – and the Levant’s – energy calculus always complex and never a settled matter.