Can Lebanon and Israel Agree on a Maritime Border? 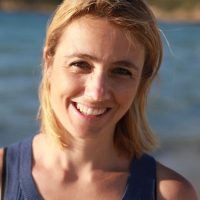 Lebanon’s economy is in tatters. Still, the country might be saved from disaster if it can eventually benefit from hydrocarbon deposits off its shoreline. But to do that, it must first settle its maritime boundary with Israel – the key prospects lie in waters disputed by both. The problem, however, is that both sides have taken diametrical positions from which they won’t budge. With a stronger economy, Israel can afford to wait out Lebanon. This places Beirut in the unenviable position of eventually conceding its claims or risking even deeper damage to its economy and the welfare of its citizens.

As with all things to do with Lebanon and Israel, there have been complications right from the start. Both countries still are technically at war, and have been since 1948. Thus, when Lebanese and Israeli officials restarted UN-sponsored and US-backed talks in October last year – after a hiatus of eight years – both sides warned against any premature optimism. The skeptics were right; negotiations broke down two months later. Israel’s energy minister, Yuval Steinitz, put the blame on Lebanon “changing its position regarding the maritime border demarcations seven times.”

At the center of the current dispute is a small, uninhabited islet called Tekhelet and a line in the map drawn by an official from the US state department.

The islet’s name is inspired by the dye and color derived from it. Referenced in the Hebrew Bible, the precise hue (believed to be a shade of blue) and source of the dye, however, are lost in the mist of history. Tekhelet the rock outcrop, on the other hand, is visible at a distance of 1 kilometer from the coast of Rosh Hanikra in northern Israel. During talks in 2012, the US mediator, Frederick Hof, proposed a maritime border based on Tekhelet’s position, splitting a body of contested waters, amounting to 860 square kilometers, in the proportion 45-55 percent in Lebanon’s favor. According to Hof, the demarcation of the contested area would be recognized fully under international law.

However, the Hof Line would also cut off Lebanon from an area of 1,800 square kilometers that is currently claimed by Israel and which contains the Karish gas field. Thus, at the latest round of talks, Lebanon insisted that the Hof Line be moved. The disputed area extends along the edge of three of the total 10 blocks that have been divided by Lebanon for licensing, exploration and drilling, including the contentious Block 9.

Lebanese negotiators say Tekhelet should not have been used as the starting point for the Hof Line. Instead, they contend that the demarcation line should start from Ras Al Naqoura, a town in southern Lebanon close to the border with Israel. They insist this is technically and legally justified, based on studies conducted as far back as 2011, including the findings of the United Kingdom Hydrographic Office. Moving the Hof Line in this manner would bring a further 1,430 square kilometers of sea under Lebanese jurisdiction. It would also place around half of the Karish field under Lebanese control.

Laury Haytayan, a natural resource governance expert in Beirut, says Lebanon’s position is supported by international law and cites the precedent of a 1985 ruling by the International Court of Justice on a dispute between Libya and Malta, which states: “the equitableness of an equidistance line depends on whether the precaution is taken of eliminating the disproportionate effect of certain islets, rocks and minor coastal projections.” In other words, the Hof Line cannot begin at the islet that is Tekhelet, according to this decision.

Haytayan tells me that negotiations are unlikely to restart until Israel returns with a counterproposal.

On the other hand, failure by Lebanon to return to the original definition of the Hof Line would be a “recipe for deadlock,” says Udi Evental of the Institute for Policy and Strategy at the Interdisciplinary Center Herzliya. “There is no chance Israel is going to accept the new Lebanese maximalist definition of the disputed area, which encroaches into the Israeli gas field, Karish,” he tells me. According to Evental, for talks to move forward Lebanon must return to the original terms of the Hof Line.

Israel’s position is predicated on the fact that Block 9 isn’t a make-or-break matter for it. In fact, public interest in concluding a maritime agreement with Lebanon is low. Israel’s economy, full of technology startups, for example, is robust at the best of times, and mature enough that it can withstand the Covid-19 pandemic no worse than other developed countries.

The deadlock over Block 9, however, poses a massive dilemma for Lebanon. In 2019, the year before the Covid-19 pandemic, GDP shrank nearly 7 percent. Last year was without doubt even worse, given the country’s dependency on tourism. On a debt-to-GDP basis, Lebanon is one of the most indebted countries in the world. And as a measure of investor confidence in its economy, its entire stock market capitalization, as of April 9, amounted to a tad more than $9 billion – or about as much as one or two mid-cap US companies.

Lebanon, moreover, is a latecomer to the Eastern Mediterranean hydrocarbon game. Israel discovered gas in the Tamar and Leviathan fields in 2009 and 2010, respectively. Cyprus discovered gas in the Aphrodite field in 2011. Egypt has the 16th largest gas reserves in the world. Even Syria has entered the mix, signing a deal with a Russian energy company in March to begin exploration in waters claimed by Lebanon.

Officials in Israel are thus puzzled by the stance taken by Lebanon. An agreed, legal maritime border would clear the way for Beirut to license international companies to begin exploration. That much activity, let alone actual drilling and export of hydrocarbons, could pull Lebanon from its economic brink.

The US has long been seen as the only country capable of brokering a deal. Its interest for doing so would be to undercut the influence of the Iran-backed Hezbollah group – a more prosperous Lebanon would be less willing to entertain Iran-funded and Hezbollah-initiated activities. The last round of talks crumbled in the waning days of the Trump administration. It remains to be seen if the Biden administration can come up with inducements for Lebanon and Israel to return to negotiations. For now, however, the prospect of an agreement is as elusive as the true tint of the ancient Tekhelet dye. And that is a shame, particularly for Lebanon.