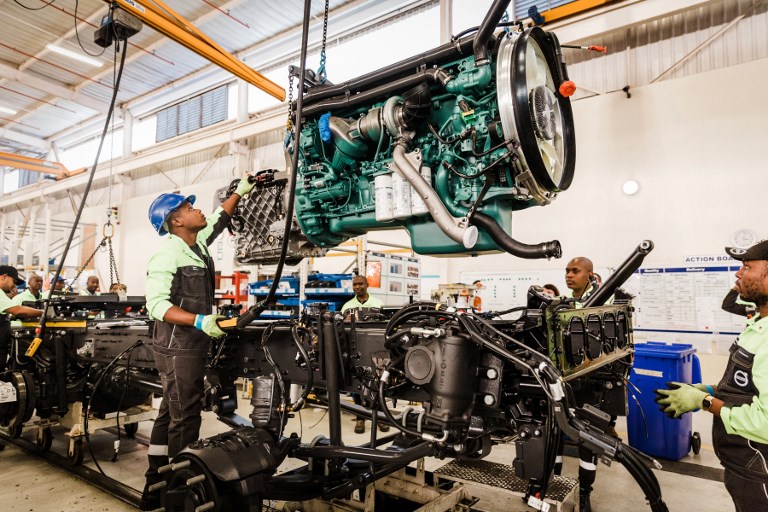 Think about labor migration and images immediately come to mind of boats full of forlorn souls crossing the Mediterranean toward Europe. The global refugee crisis that has dominated the headlines for several years drives this stereotype. Populist politicians use the crisis as a rallying cry to fortify borders, build walls and keep others out. Despite the increasingly common refrain that immigrants are coming for Americans’ and Europeans’ jobs, the lion’s share of migration takes place far beyond Western borders. According to a 2018 Pew Research Center report, sub-Saharan Africa has some of the fastest-growing immigrant populations in the world.

Such statistics are ironically encouraging if viewed from the right perspective since economic migration doesn’t necessarily need to be the enemy of progress. Indeed, far from it. Labor mobility is an advantage for emerging markets, especially in Africa. As the continent attempts to create its own manufacturing base, which will ultimately lift countries out of the cycle of poverty and reliance on foreign aid, workers are needed. The recent rise of China and India as global GDP powerhouses has been driven by large manufacturing sectors that put their citizens to work. Africa needs to emulate this model – and labor mobility is key, as different countries’ populations offer complementary skills.

The African Union and the United Nations understand this dynamic well and have forcefully argued that travel should be made easier for Africans on the continent in order to spur growth. In 2016, the United Nations Economic Commission for Africa noted, “the free movement of people across borders has been high on the regional integration agenda for member states, primarily because of the prospective trade gains that are associated with it. Free movement of people across Africa represents a powerful boost to economic growth and skills development when people can travel with ease for business, tourism or education.”

In this regard, African countries have a distinct opportunity to harness the migration already taking place across the continent. The Pew report notes that “the number of emigrants from each of these sub-Saharan countries [South Sudan, the Central African Republic, Burundi, the Democratic Republic of Congo and Sudan] grew by 50 percent or more between 2010 and 2017, significantly more than the 17 percent worldwide average increase for the same period.” This is all the more astonishing when you consider that by 2050, more than half of the world’s population growth will be in Africa.

Yet, there are substantial obstacles to overcome before migration patterns are put to good use. African countries make legal travel difficult, complex and confusing for other Africans – even for short visits, let alone migration. Out of 55 countries in Africa, only 10 waive visas or offer visas on arrival for travelers from other Africans countries. By comparison, American citizens are offered visas on arrival in 20 African countries.

This problem is compounded by populist and xenophobic rhetoric in Africa’s biggest markets. As one of Africa’s most powerful economies and its most industrialized, South Africa is a hub for migrant workers but it requires citizens from more than half of the continent’s countries to obtain a visa. Such a reluctance to welcome other Africans even on short-term visits speaks volume about attitudes. Over the last decade, xenophobic violence has rocked migrant communities across the country and led to a climate of fear and intimidation for the millions of illegal workers in key jobs in the economy. This type of xenophobia is spearheaded by politicians eager for an easy scapegoat for South Africa’s economic challenges.

Yet, another approach is possible and gaining traction. Ethiopia, in its quest to be a regional superpower, is opening up its borders to intra-African trade, travel and migration. In October, it abolished visa requirements for citizens of African countries. They can now travel to the country without a visa in advance. The move will help grow Ethiopia’s tourism and trade sector, while giving its national airline an advantage in its quest to be the biggest continental carrier. Ethiopia’s decision follows the easing of visa restrictions in other East and West African nations. Senegal, for one, now grants visa-free entry to citizens of 42 African countries, up from 16 in 2015. Rwanda is also pushing forward with plans to abolish outdated visa restrictions.

Technological advances can help make a borderless Africa a reality. Biometric identification systems, mobile banking platforms and e-government services enable citizens from one country to live in another with few issues. In the West, these biometric systems have become commonplace (just look at European countries such as Estonia) but they still haven’t taken hold in Africa. As the continent’s population continues to grow and migration expands, it is in Africa’s interests to dismantle borders in the hope of building the economy.

For startups around the world, creating the technology that will enable Africans to move freely across the continent is a lucrative and impactful endeavor. Not only is the continent’s population growing and creating an impressive user base, but solutions to movement could assist Africa in becoming a manufacturing powerhouse. Such a transformation would reverse hundreds of years of colonialism on the continent and finally deliver African countries true independence.

And a good start and statement of intent might be to allow each other’s nationals to visit more easily. Get Africa on the move and who knows what might be achieved.