Uneven Laws Are at the Heart of Israel-Palestine Violence 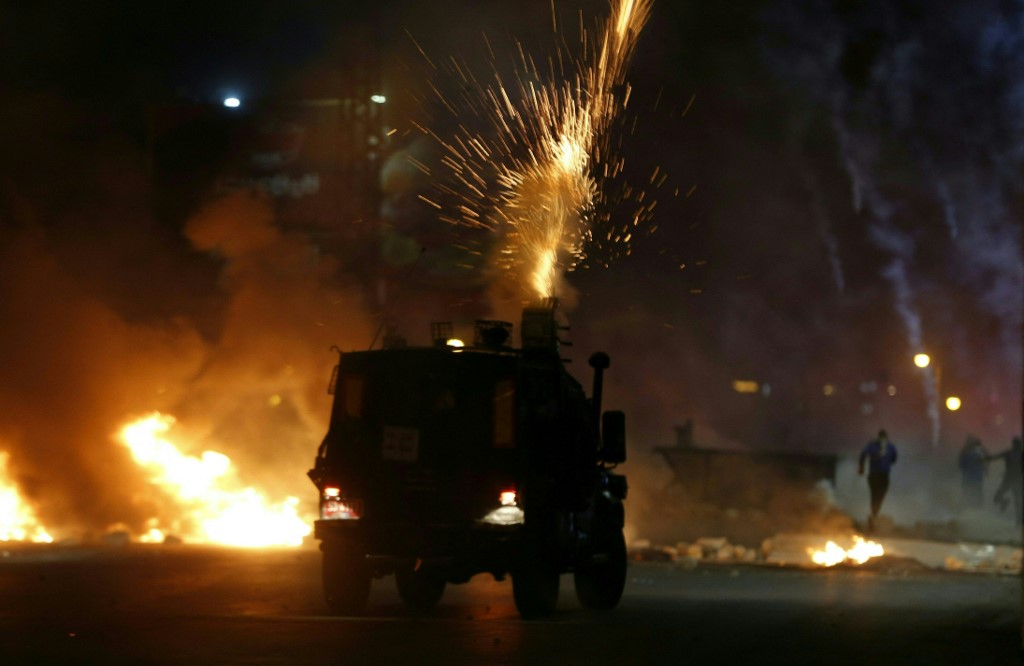 Israel and Palestine are in the grip of the worst violence for many years. A conflict that started with protests outside one neighborhood in Jerusalem has spread across the whole country, with Israel using airstrikes against Gaza and rockets from the territory targeting Israeli areas. At the root of it all is the unequal application of laws between Jews and Palestinians, and the intervention of foreigners in Israeli courts.

The spark for the current violence came because of a legal battle over property rights in a middle-class Arab neighborhood called Sheikh Jarrah, in East Jerusalem, where Palestinian residents are being evicted from their homes to make room for Jewish settlers. It is part of a pattern across the Old City, where settlers are seeking to expand their presence by seeking evictions and constructing buildings.

The legality of such construction and evictions is fiercely contested. Under international law, Israel, as the occupying power in East Jerusalem, is not allowed to change the status of its residents, nor should it allow its own residents, meaning Israeli citizens, to settle on occupied land. But Israeli courts, backed by the police and army, have consistently ignored that and pushed through evictions.

At the heart of the dispute is an uneven legal system that allows Jewish Israelis to reclaim property owned prior to 1948, but does not allow Palestinian Arabs to do the same.

Israeli law allows Jews to claim ownership of property in Palestinian areas if they can provide proof of ownership prior to 1948, when the state of Israel was founded. In some cases, the proof has been documents stretching back to the 19th century.

Based on that law, organizations not even based in Israel take the cases to court and seek the eviction of Palestinians, to make room for Jewish settlers. In the Sheikh Jarrah case, the company is a US-registered company called Nahalat Shimon International, which has brought a range of similar cases over many years.

However, Israeli law doesn’t extend those same rights to Palestinians. That means Israelis who are the descendants of the owner of a property in East Jerusalem from the 19th century can, in the 21st century, claim back ownership of it. But Palestinians who lived in their own property down the road in West Jerusalem prior to 1948 can’t get it back.

The law applies beyond Jerusalem. The hundreds of thousands of Palestinians and their descendants who owned homes, farms and land in places such as Haifa and Jaffa are barred from claiming them back. As peace activists have often pointed out, if the law applied to both communities, it would redraw the map of Israel.

It is not merely the uneven application of the law, it is the politicized enforcement of it. International law doesn’t give Israeli courts power over the residents of East Jerusalem. But the settlers are backed by the police and the army.

The settlers would not be able to take these properties without the military and police defending them. In videos that emerged from Jerusalem over the past week, it is Israeli police who force their way into homes to remove Palestinians and Israeli police that guard settlers shouting abuse at Palestinians breaking the Ramadan fast.

In a video widely circulated on social media last week, a casually dressed settler seeks to take the home of a Palestinian family. “If I don’t steal it, someone else is gonna steal it,” he says calmly. (The video turned out to be from a decade ago, highlighting the long history of such dispossession.) It is only because of the presence of police that settlers can move with such impunity.

The legal machinations of settlers and the funding by American organizations are opaque to most Israelis, and certainly those abroad, even as Palestinians feel the sharp end of the violence of the Israeli state.

Part of the reason for that is the media framing, which focuses on the violence without explaining the expulsions that lie behind it. Part of it also is the censoring of content about the clashes, often in real time. Users of Twitter, Facebook and Instagram all noted that posts had been deleted and accounts suspended for reporting on the evictions. Instagram later apologized in general terms, but to some degree the damage was done: real time video and reporting is one of the most powerful means of understanding what is happening around the world.

But another part is that settler activity has been so normalized in Israeli politics that it is barely controversial.

Israeli politics is still deadlocked after March’s election, which saw Benjamin Netanyahu’s party win the most seats but fall short of a majority. As recently as last week, the prime minister failed to assemble a workable parliamentary majority.

One of the possibilities is a grand coalition that would see Netanyahu removed as prime minister and replaced by Naftali Bennett, his former defense minister. Bennett heads a small, extreme, pro-settler party called Yamina, which only took seven seats in March. But so normalized has the settler movement and nationalist politics become that it is possible Bennett may yet become prime minister.

So thus under successive right-wing governments, Israel has placed the police and army in the service of the settler movement, creating a culture of impunity that is rewarded at the ballot box, shifting the whole of Israel’s politics to the right – and making the dispossession of Palestinian homes and land a regular occurrence.