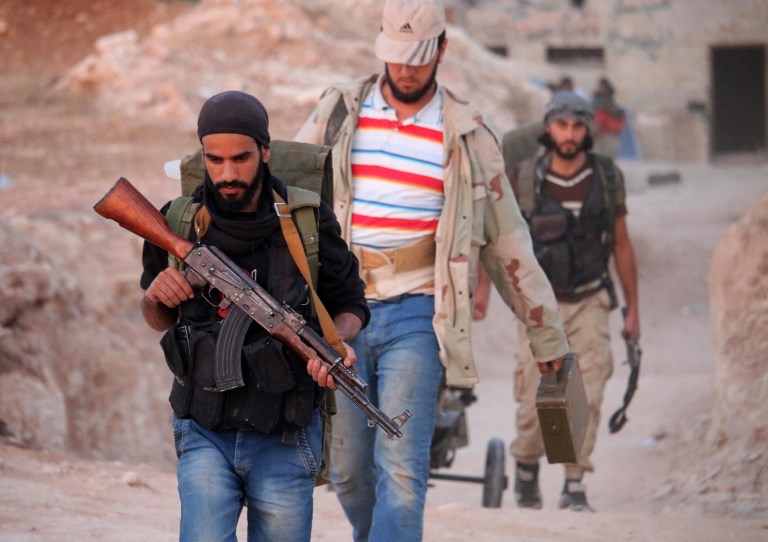 For at least four years now, since the self-declared caliphate of ISIS began to unravel, governments around the world have begun to reckon with the consequences of returnees. ISIS managed to attract tens of thousands of fighters from maybe 90 countries, and over the years thousands have attempted to return home: some were disillusioned with what they saw, some remained convinced of their beliefs but wanted to return, and some, the intelligence services feared, were returning to plot attacks or gain recruits.

Most of the legal, logistical and even moral arguments over what to do with these returnees – not all are fighters, some are spouses, some children and some served ISIS as administrators or cooks – have taken place out of public view, only surfacing, as they did this week, when a high-profile story enters the media.

For days, the UK media has been convulsed by the case of Shamima Begum, who as a 15-year old in 2015 left with two of her school friends to join ISIS. Four years later and Begum, now 19, a mother and a widow, is in a refugee camp in Syria; unrepentant about her experience as a jihadi bride, but keen to return home.

Her case has been the subject of endless opinions, ranging from tolerance for the foolish actions of a teenager, to calls to “let her rot” in the Syrian desert.

And yet throughout all the debate, one aspect rarely discussed is what Syria and Iraq, the two countries devastated most by the self-styled caliphate, think of Europeans being left on their territory. On social media, the answer, albeit crude, is clear: “Europe should pick up its trash.” Countries, in Europe and elsewhere, whose citizens knowingly joined ISIS must take those citizens back. Leaving them to rot on other people’s soil is not an option.

On the whole, there are two perspectives on returnees.

The first is that, having committed crimes in Iraq and Syria, it should be up to Iraqis and Syrians to prosecute and decide their punishment.

The second is that citizens, especially in countries like those in the EU whose legal systems privilege the right to a fair trial, deserve that, regardless of their crimes, and since that may not be possible in some of the places they are held, they ought to be repatriated and tried at home. Both perspectives are complicated by the fact that there is often simply not sufficient evidence from the war zones to secure convictions, either in the Middle East or in the home countries of returnees.

There’s also the argument – which so far only the French have advanced – that it is preferable to have the returnees under lock and key in France, where the authorities can be confident of their movements.

Broadly speaking, those who feel that Begum betrayed her country prefer the first perspective and those who believe Begum’s country of citizenship should bear the burden prefer the second.

But the perspectives that are missing are the Iraqi and Syrian ones.

Iraqis in particular have been rightly resentful that large parts of their country were ravaged and destroyed by foreign fighters. Hundreds of these fighters, their associates and spouses have passed through Iraq’s courts, sentenced to time in prison or death.

In this way, Iraqis are being asked to bear a double burden: first the cost in blood and destruction of a rampaging army of Europeans, Arabs and Asians, and then, having at considerable personal cost fought that army, the Iraqis then must also bear the cost of detaining, processing and imprisoning the survivors.

Because, after all, the security issues that European and Arab countries are so concerned about with returnees also applies to those on Iraqi soil.

Returnees in jail will cost money and could be the target for hostage negotiations; they could indoctrinate others, or escape and commit attacks. Those possibilities are the reasons why their home countries don’t want them back. They are also the reason the Iraqis and Syrians don’t want them.

The issue of the citizens of other countries not being a burden on Iraq and Syria particularly applies in cases like Begum’s, where there is unlikely to be sufficient evidence to prosecute her – even were the Syrians so inclined, since they are still in the midst of a civil war and a divided country.

There is a sometimes-arrogant assumption on the part of commentators that if, particularly European countries, don’t want their citizens back, the Middle East can simply be used a dumping ground. But in other criminal cases, foreign citizens who are not convicted of crimes abroad – a Briton acquitted of murder in an Asian country, for example – are deported back. That should be the case here.

The fallout from the end of ISIS’s caliphate is raising incredibly difficult legal and moral questions. Issues rarely encountered in transnational justice now suddenly have thousands of real-world examples. There may well be new legal instruments created or new political agreements devised to accommodate the tens of thousands of foreign returnees whose home countries simply don’t want them.

The declaration from the UK that it will strip Begum of her citizenship could well fail in the courts, since European law does not allow citizens to be made stateless and it is unclear if Begum has or could acquire any other nationality. In any case, however, it does not solve the problem and merely transfers the burden to Syria.

But until then, it is important to recognize a central fact: citizenship entails responsibilities, and places obligations on states as well as citizens. Those whose citizens went to destroy a foreign country should make sure to – in perhaps not totally politic language – pick up their trash.

Faisal Al Yafai is currently writing a book on the Middle East and is a frequent commentator on international TV news networks.