Is Listing Aramco Really the Best Way for Saudi Arabia to Realize Value in its Energy Industry? 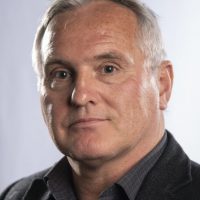 It’s a question that has not had a proper airing, at least not in public. But is an initial public offering of shares in Aramco really the best way to accomplish the goals the country is trying to achieve? Could a more sophisticated approach not extract more value for the kingdom and help spur greater dynamism across the company?

The valuation that Crown Prince Mohammed bin Salman has consistently talked about since he broke the news in an interview in 2016 is $2 trillion. But what happens when companies get close to even half that size? There is, inevitably, talk about how much more they would be worth if they were broken into their constituent parts.

Take Alphabet, Google’s parent company, whose total market value has been floating around $800 billion this year, putting it up there with Microsoft, Apple and Amazon as the most highly valued publicly traded companies in the world. Even putting to one side the talk about the US government forcibly breaking up Alphabet and some other tech giants on antitrust grounds, there is a good case to be made that the company would be worth a lot more if it voluntarily split itself up.

Laura Martin, an analyst at the New York investment bank Needham & Co., pointed out in a research note that investors prefer “pure play” stocks to conglomerates and typically value them more highly. She estimated that Alphabet, broken into three separate companies, would be worth about 50 percent more than it is worth intact. A standalone YouTube, for example, would be worth $200 billion, or 30 percent more than it is worth as part of Alphabet.

Would this not also apply to Aramco? In trying to sell a stake in a company that would not only be the world’s largest publicly traded concern, but twice the size of the next largest, doesn’t that inevitably mean giving up a vast amount of value just to achieve that title?

The biggest component of value in Aramco is its vast oil reserves, estimated to be 268 billion barrels, or about 18 percent of the world total. But, for a variety of reasons, the oil reserves have been one of the biggest stumbling blocks in terms of valuing Aramco. For one thing, the Saudi leadership has made it clear that the oil and gas reserves will remain the property of the kingdom, so it is not actually selling an equity stake in those.

In any case, oil companies are not valued on the basis of oil in the ground but on what their production is likely to be over, say, 10 years, and how cheaply they can extract it.

One way to maximize the value of Aramco’s upstream business could be to place the value of production in its fledgling trading operation, Aramco Trading Company. Like other Arabian Gulf producers, Aramco has been ultra-conservative in the past about creating trading operations to match those of the international oil majors. But in the past few years, Gulf national oil companies have all taken steps to create the kind of sophisticated operations that would squeeze more dollars out of every barrel.

An independent Aramco trading arm that had exclusive access to Aramco’s crude oil and downstream products would have an enormous advantage versus other oil companies and commodities traders. It could also help deal with the uncertainty of the kingdom’s taxation and royalties on production, as well as complying with Opec quotas, by putting them at arms-length.

Certainly, there are obstacles to overcome, like the fact that Aramco sells its crude oil primarily through long-term contracts directly to customers. But that approach is something that many industry experts have urged it to change anyway. If it committed to the project, Saudi leaders could create one of the world’s largest and most profitable commodities trading firms, with a valuation that would dwarf the current leaders, such as Glencore valued around $30 billion. Already, with Aramco Trading focused on trading downstream products, the company’s stated aim is to become “one of the top three trading powerhouses.” It just needs to elevate that ambition.

There are other advantages to the break-up approach that meet key goals for the kingdom. A trading company could – and should, experts argue – be domiciled outside the kingdom. This would allow the company to be much more transparent and dynamic than Aramco has been traditionally. The scrutiny of a publicly traded Aramco Trading would put it under pressure to perform, and it would be the type of organization that would attract energetic, entrepreneurial Saudis.

This break-up could also apply to Aramco’s downstream business, where the company already has been pursuing an ambitious global strategy that focuses on petrochemicals, exemplified by the consolidation of Sabic last year. It aims to grow this business to be the world leader in refining and petrochemicals over the next few years. The potential for a separate global downstream operation that also is domiciled outside the kingdom creates some of the same opportunities as the trading arm to boost transparency and dynamism.

The core question for the leadership is whether it meets the kingdom’s ultimate financial goal, even if it doesn’t create “the world’s largest publicly traded company.”

That goal is to sell a 5 percent stake in a $2 trillion company, which would raise $100 billion. But wouldn’t it be better to sell, say, 30 percent in two or more units valued at a combined $600 billion or more, bringing in at least $180 billion and creating much more transparent and tradeable companies? It would be less grandiose, but each unit would be a world leader and the kingdom would still retain full ownership and control of its domestic upstream assets.

The smaller divisions would also be far more likely to spur the change in corporate culture that is a core reason for shaking up the company in the first place.

Anthony McAuley is a financial journalist. Among his many roles over 30 years, he was an Opec reporter for Reuters and then editor-in-charge of the agency’s New York-based Americas Energy. At The Economist Group, he was launch editor for the EIU Industry Briefing’s energy unit. He currently resides in New Orleans where he writes about business for the Times-Picayune/New Orleans Advocate.