Iraq’s New Prime Minister Wants His Country to Be Like Singapore; It Will Have to Stop Being Like Lebanon First 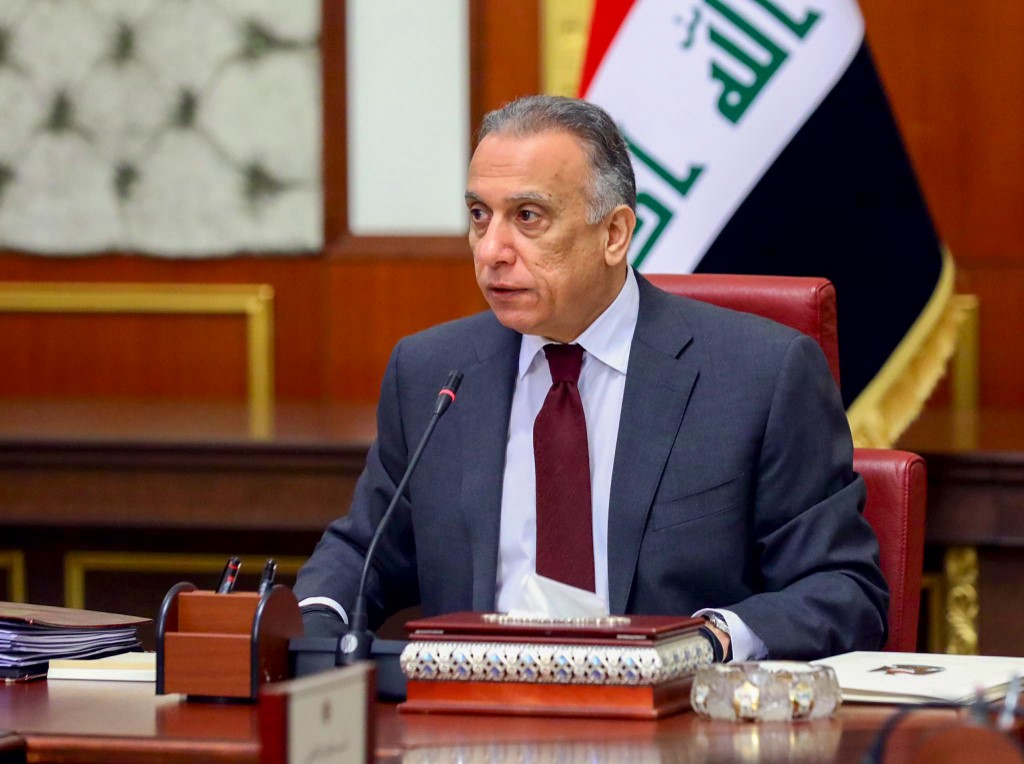 “The third one grows roots” is the colloquial Iraqi equivalent of “third time’s the charm,” and for prime ministerial nominees that has proven to be the case. The new prime minister, Mustafa Al-Kadhimi, was the third candidate to be put forward in as many months; neither of the others managed to form a government. Al-Kadhimi’s appointment is crucial to stabilizing a country rocked by mass protests and a global pandemic. Yet, as consequential as his appointment is – Iraq has had a caretaker prime minister for nearly six months – it comes during a month when two other surprising developments took place, with Al-Kadhimi’s appointment being perhaps the least consequential.

To be sure, how Iraq fares in the future will depend on how he negotiates those two other developments. They are: integrating the powerful Shia militias in the Popular Mobilization Forces, or PMF, into the national army; and reconfiguring the muhasasa, the sectarian political system that has warped Iraq’s post-war development. Those two issues will define Al-Kadhimi’s time in office; his choices are to shape or be shaped by them.

The past four weeks have had consequences for both. On the first, the militias are fracturing, with four separate militias splitting from the umbrella PMF last month and moving under the command of the prime minister. On the second, mere days later, America’s secretary of state called on Iraq to drop sectarian quotas, echoing what protestors have demanded for months. This means the US is stepping away from the very system it first imposed on Iraq.

Iraq’s sectarian political system was installed after the 2003 invasion and distributes political power among Sunnis, Shia and Kurds. In the 17 years since, it has resulted in little more than constant division between the communities and a communitarian identity enjoying precedence over a national one based on citizenship.

That should, of course, have been no surprise, neither to the framers of the system nor to those who live with it; Lebanon has had a similar system since the 1943 National Pact. And in the Levant, it has created the exact same sectarianism, corruption, lack of national identity and opportunity for foreign interference.

Widespread protests against the Iraqi system and against its corollary of endemic corruption erupted in October, toppled the former prime minister, Adel Abdul Mahdi, in December, and returned in mid-May after a two-month hiatus due to the coronavirus pandemic. They will not be easy to contain – especially now that they have been given tacit support by Washington.

During political wrangling last month before Al-Kadhimi managed to form a government, Secretary of State Mike Pompeo, made a low-key but pointed intervention, saying Iraqi leaders “must put aside the sectarian quota system and make compromises that lead to government formation.”

The comments were ambiguous and no doubt deliberately so. They offered enough support for part of what the protestors have been calling for, without explicitly backing them. And they suggested weakening the sectarian quota system in this instance, without jettisoning it entirely.

Yet Pompeo’s comments were the first time the US has publicly stepped away from the system it created, and suggests an appetite on the part of Washington to back more widespread reform. Al-Kadhimi’s first priority must be to test this appetite.

Breaking up the PMF militias is also a pivotal moment. What to do with the 40 militias in the PMF has been a perennial problem for Iraqi leaders since 2017, when ISIS was finally defeated in Mosul. Many of the militias are lavishly funded, backed by Iran and wield influence in Iraqi politics. Successive prime ministers have tried to reorganize them or fold them into the national army. It was just under a year ago when then-Prime Minister Abdul Mahdi gave the militias 30 days to integrate into the national army, a deadline that came and went without result.

So the decision of four separate militias in April to split and move under the command of the prime minister is important because all four were loyal to Grand Ayatollah Ali Al-Sistani, Iraq’s most senior Shia cleric. It was Al-Sistani’s call in 2014 for Iraqis to fight ISIS that led to the development of the PMF in the first place. Their departure suggests that Al-Sistani has tired of Shia militias operating beyond political control and is willing to exert his influence to move them under state control. This is the second issue Al-Kadhimi needs to test: if there is an opening for Shia clerical support for the reform of the PMF, he must take the chance.

Two consequential developments in a matter of weeks. Alone, neither is sufficient to change Iraq. But they signal a changing mood among two powerful groups, the Washington elite and the Najaf clerical establishment. Al-Kadhimi, now that he actually holds the reins of power, has the chance to capitalize on that changing mood.

To do so will need decisive action, not incremental change. Incremental changes to a sectarian system and the incremental weakening of militias beyond state control don’t work. If Al-Kadhimi is in any doubt, he only need cast his eye over at Lebanon, where a non-state militia, Hezbollah, is more powerful than the national army, and politicians remain mired in sectarian thinking. That is not a good role model for Iraq’s future.

Al-Kadhimi’s preferred model is reportedly Singapore, and the new prime minister keeps a photograph in his Baghdad office of the first prime minister of the highly developed city-state. For Iraq to become like Singapore, it will need to stop acting like Lebanon. That means taking equally far-reaching decisions, building on what happened this month. Reforming the muhasasa is a necessary step. Indeed, it is the only way for the Iraqi state to grow deep roots.