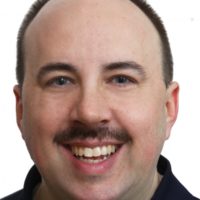 Iraq’s prime minister, Adil Abdul-Mahdi, is just two months into his job, but already has had to make his first major policy retreat – over the upcoming year’s budget. Abdul-Mahdi’s position of weakness derives from the fact that because he did not participate in the May parliamentary elections, he has no legislative base. Furthermore, although he was a “consensus choice” for prime minister, the majority that picked him did not coalesce around his policy preferences – they picked the man, but not a policy program. He also continues to be unable to complete his cabinet, with eight ministerial posts still vacant. But in policy terms, success or failure in managing the budget will be his legacy.

Admittedly, the impasse does not signal an imminent political crisis. However, it poses problems for investment in much-needed big-ticket infrastructure projects. This, in turn, will have ramifications on social peace and regime stability in the future.

For context, the first draft of the budget was approved by then-Prime Minister Haider Al Abadi’s outgoing government in October. Abdul-Mahdi’s own cabinet approved it later that month, but then rewrote headline figures in early November to increase spending. While projections for revenue were the same as Al Abadi’s version, Abdul-Mahdi increased spending to $111.9 billion from $108.7 billion. The current year’s budget, by contrast, entailed just $88 billion in spending. The inflation in expenditure clearly was an expression of hope that this year’s growth in oil prices would continue through 2019. Instead, prices have dropped sharply in the past month. Meanwhile, non-oil tax revenues continue to lag.

Despite the large increase over 2018 expenditures, legislators denounced the 2019 budget for its “austerity.” The government was slammed in parliament by MPs, including those from the major blocs that had backed Abdul-Mahdi’s nomination as prime minister. Razzaq Al Muhaybis of the Fatah Alliance attacked the government for failing to take account of the country’s need for reconstruction, while Sabah Al Saadi, from the Sairun bloc of cleric Muqtada Al Sadr, declared that the budget did “not meet the people’s most basic demands for public services.”

As a consequence, the government agreed to form a joint committee that includes legislators and finance ministry officials to develop yet another version of the budget, presumably one with even more spending. That process now continues.

The budgetary stalemate is not necessarily an existential crisis for the administration, as Iraqi governments do not fall because of a failure to pass a budget or any other legislation. Specifically, the failure to have a budget by January 1 will not shut down government services, as the law allows an administration that begins a year without an approved budget to spend one-twelfth of the previous year’s allocation each month. But without a formal budget, the government cannot legally take crucial policy actions, most notably implementing loan agreements with foreign entities. And while, for example, the education ministry can still pay teachers, it cannot allocate capital for new schools – nor, for that matter, can the government build new hospitals and other infrastructure that are also badly needed.

The long-term problem is that the lack of budgetary accountability within the political class makes it hard to see how Iraq can arrest its expanding national debt. For indeed, Iraq is limited in the amount of money it can raise. November’s oil revenue came in at $6.2 billion, with the average price of crude at $61 a barrel. Iraqi oil typically sells at a $5 discount to Brent crude, which by the end of November had itself fallen to around $60. Furthermore, the government has struggled to raise its takings from the non-oil sector, which is in an anemic state. While the current year’s budget projects revenues of $12.3 billion from non-oil sources, the government was forced to lower its 2019 non-oil forecast to $10 billion. Assuming that Brent hovers within the $55-$65 range, total revenue will barely meet the $82.6 billion in operational expenses, requiring capital projects to be funded entirely from borrowing.

Iraq does not face the immediate risk of a debt crisis, but the current spending trajectory will force a long-term trade-off between capital funding and a spiraling debt. At the end of 2017, Iraq’s debt load was $123 billion, a still manageable sum given the low interest rates offered on its sovereign borrowing. But it would have been far higher if, in recent years, the government had borrowed enough to actually spend on all of its infrastructure needs. To do so in 2019 and the subsequent years of Abdul-Mahdi’s term would add $25-$30 billion to each year’s bill, possibly tipping Iraq’s debt-to-GDP ratio to over 100 percent.

If the political class does not recognize the need to cut spending on a bloated civil service, then – absent a massive rise in oil prices – a truly unsustainable debt load can only be prevented by abstaining on capital projects. But doing that will continue the country’s current cycle of social crises, where successive waves of protest over the shortage of public services perpetuate political instability.

The budget standoff is the first time, and almost assuredly not the last occasion, that Abdul-Mahdi’s lack of a parliamentary base makes his administration look ineffective. While many have over the years held up Abdul-Mahdi as the ultimate technocrat, if he is to succeed as a national leader he will need to change the political process on how Iraq manages its budget – a greater degree of financial rectitude toward the public sector, with a concomitant dedication to building the infrastructure Iraq needs.