Iran Has Iraq’s Kurds in Its Crosshairs 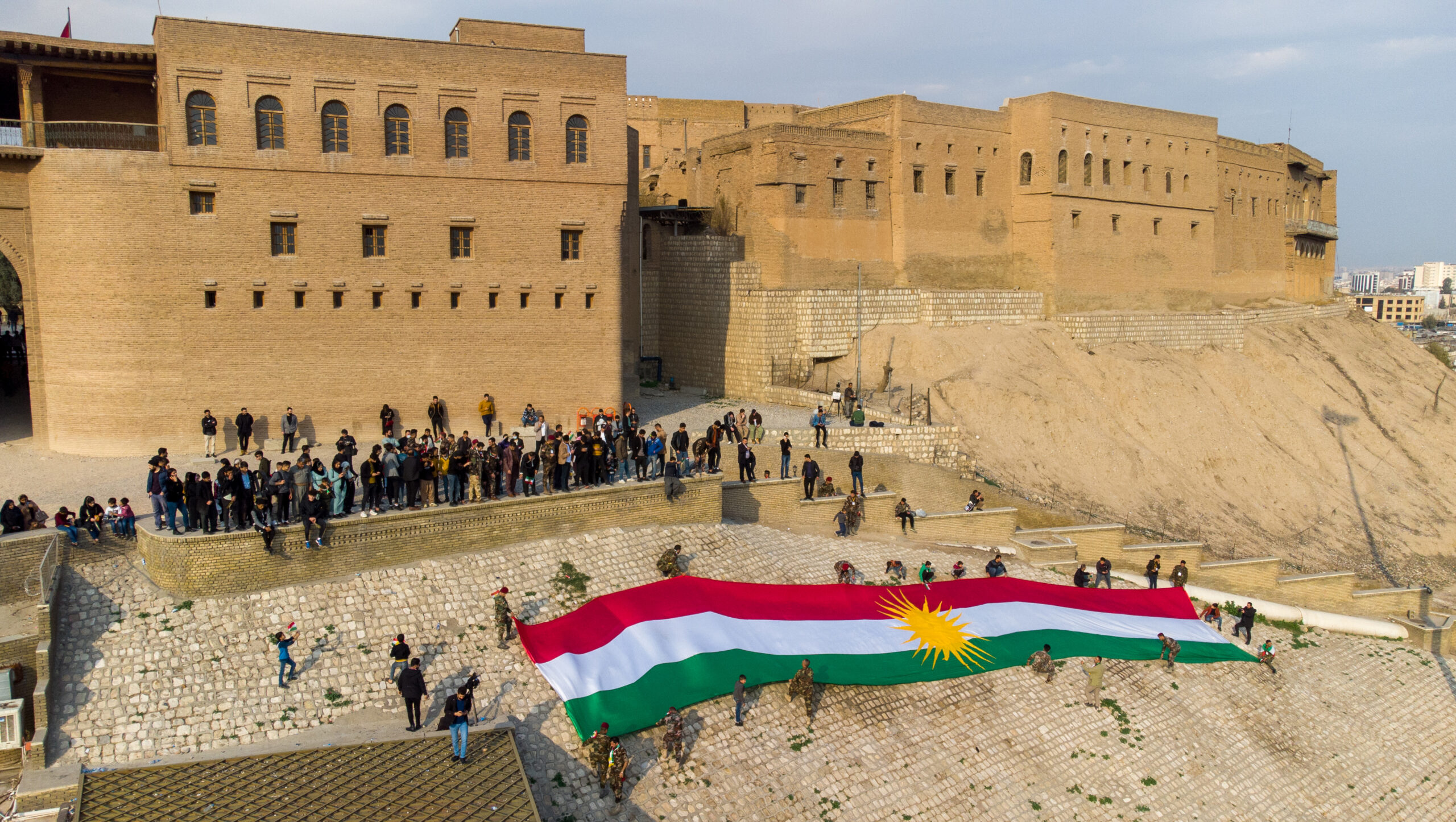 After decimating Iraq’s Sunnis during years of political and military conquest, Iran and its Iraqi militias have now set their sights on Iraqi Kurdistan, harassing its government, targeting its energy facilities, and working to break and subdue the autonomous region – all while the United States is looking the other way.

Iraq is currently the second largest OPEC oil producer and the fifth largest in the world, with an output of more than four million barrels per day. Kurdistan produces half a million barrels of that total.

Following the US war in 2003, Iraq replaced its centralized governing system with a federal one. But a disagreement over one word in the country’s constitution caused a crisis. The constitution stipulates that, together with the federal government, the local Kurdish authority controls energy production of “current fields.” The Kurdistan government argues that the word “current” means fields operational at the time of ratification in 2005. All fields discovered since then, Erbil argues, belong to Kurdistan alone.

In February, Iraq’s federal supreme court — whose rulings have mostly benefited Tehran and its Iraqi allies — said that all energy fields in Iraqi Kurdistan were “current” fields, including those found after 2005, and ordered the Kurdistan Regional Government (KRG) to surrender oil production, reserves, exports, and revenue. The judiciary council in Kurdistan later dissented, arguing that the federal court had no authority to interpret local laws.

Tehran and its militias, however, did not wait for a legal settlement. They started launching missiles against Kurdish energy fields and the houses of oil and gas tycoons. Iranian excuses have varied between claiming that the attacks targeted Israeli intelligence cells active in Iraqi Kurdistan and blaming Turkey for the attacks.

But the dispute goes beyond a disagreement over the interpretation of the Iraqi constitution. Iran exports 64 percent of its gas to Iraq and 33 percent to Turkey. As cheaper and more reliable Kurdish gas came online, both Ankara and Baghdad started relying on Erbil for their gas needs, especially for electricity production. When Iran instructs its Iraqi militias to hit Kurdish energy fields, it is often for reasons of commercial competition rather than the enforcement of a rarely observed Iraqi constitution.

By the same token, Iran has used its influence in Iraq to try to kill a project that would see Baghdad export one million barrels from a southern oil field in Basra to the Jordanian port of Aqaba. Tehran believes that it has a chokehold on the Gulf, through which one in every four barrels of global oil passes daily. Pipelines circumventing the Gulf by pumping oil to the Red Sea overland weakens Iran’s ability to threaten global energy supplies.

When striking energy facilities in Iraqi Kurdistan, Tehran cares little about the Iraqi constitution or the interests of the federal government. What the Islamist regime of Iran wants to see is a subdued Kurdish government that stops pumping energy, expels Iraqi dissidents, and ends its opposition to Iranian diktats inside Iraq.

Since the early 1990s, the Kurdistan Democratic Party (KDP), the largest party in Iraqi Kurdistan, has been one of the most reliable allies to the US, the West, and moderate regional capitals that are standing up to Iranian bullying. Tehran rarely tolerates neighbors that disagree with its diktats and hashence ordered its militias to harass the Kurds and target KDP assets.

Meanwhile, despite providing military aid since 2014 to the Kurdish constitutional militia, known as the Peshmerga, Kurdish forces remain inadequately supplied. Whereas Iran provides its militias with armed drones and other technology, the $260 million allocated by the US to the Peshmerga for 2022 largely covers salaries, fuel and spare parts, rather than advanced weapons or equipment.

This despite the Peshmerga being the first to scramble to defend Iraq after the meltdown of the country’s national army resulted in ISIS taking over Mosul in 2014 and invading territory on the outskirts of Baghdad.

The Biden administration has argued that, out of respect for the Iraqi government and its sovereignty, Washington must channel its military assistance to the Kurds through Iraq’s federal government. But such an arrangement is akin to entrusting the fox with guarding the henhouse. Without direct US assistance, the Peshmerga could become another one of America’s allies to bite the dust, just like the Sunnis of Iraq, Syria, and Lebanon.

The KDP understands that Iran’s militias in Iraq pose an existential threat to regional autonomy and the Kurdish government. After winning the second-biggest bloc in parliament in October, the KDP caucused with blocs that demand disarming Iranian militias, thus inviting further fury from Tehran against the Kurds and their region.

US President Joe Biden will visit Israel and Saudi Arabia in mid-July. The White House said that “deterring threats from Iran” and “ensuring global energy” will be on the agenda during talks with America’s Middle East allies. Biden must remember that confronting Iran’s destabilizing activity should include supporting the Iraqi KRG, its militia, and its drive to get more energy to a desperately starved global market.

Hussain Abdul-Hussain is a research fellow at the Foundation for Defense of Democracies (FDD), a Washington, DC-based, nonpartisan research institute focusing on national security and foreign policy. Twitter: @hahussain