Iran and Israel Are Raising Tensions Because They have the Same Problem: They Need to Divert Attention Away from Domestic Failures 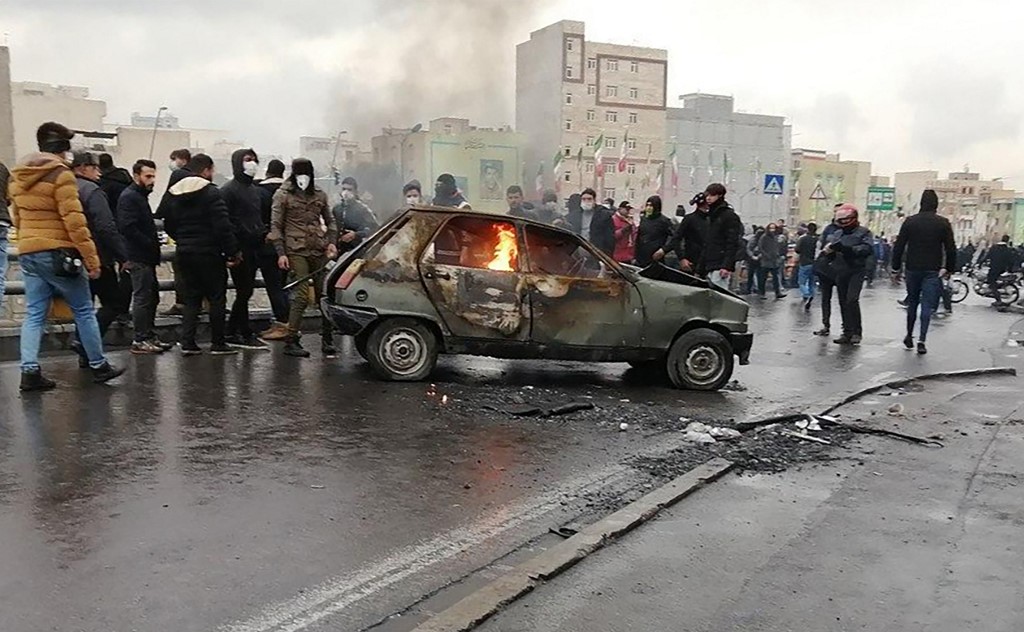 Israel and Iran have something in common. Both face instability at home. Over the last ten days, protests have erupted in at least 100 Iranian cities. The regime in Tehran is clearly rattled, not just because of the scale of the protests, but because the protesters are from all socio-economic classes and are openly calling for the regime’s downfall. In Tel Aviv, Prime Minister Benjamin Netanyahu is battling for his political survival as he faces bribery and fraud charges. In both Tehran and Tel Aviv, the next step is most likely to be a ramping up of tensions between them to divert attention from their domestic problems.

In Iran, protests broke out after the government announced a sudden rise in fuel prices to mitigate the impact of US sanctions. The regime cracked down with its usual ferocity, resulting in at least 100 deaths and more than 1,000 arrests, and for good measure, shut down the internet, effectively cutting 83 million Iranians off from the outside world.

Other than the official reason given for hiking fuel prices, it is just possible that there was a political motive behind the protests.

President Rouhani may have calculated that the fuel protesters would turn on the Islamic Revolutionary Guards Corps (IRGC) and on Khamenei, which could force them into making concessions on the nuclear issue, thus leading to the easing of American sanctions, all of which would benefit Rouhani in the run-up to parliamentary elections in February.

If that were indeed the case, it has backfired spectacularly; the protesters also called for Rouhani’s resignation.

Alternatively, conservatives in the leadership could have used fuel prices to weaken Rouhani before the elections. Although he supported the price rise, Khamenei has tried to distance himself, saying he is no expert on gasoline subsidies. That cop-out fooled no one; the protesters’ anger was directed at the entire nizam, or political establishment, which is why all factions of the Iranian political elite subsequently rallied together against the protestors.

They may not lead to regime change, as the American Right would like, but, together with similar protests in Iraq and Lebanon against Iranian interference in their domestic affairs, the protests in Iran represent a long-term existential threat to the Iranian regime.

Led by clerics, the regime derives its legitimacy in matters both domestic and regional from the fact that it regards itself as the defender of the mostaz’afeen (oppressed) against the mostakberin (oppressors). The recent protests within Iran, Iraq and Lebanon challenge that presumption since they are led by the very same working-class people the regime purports to defend – the people whose actions the regime now condemns and will punish with more violence in the future unless the people can be made to direct their anger elsewhere. Over the next few months, the regime is most likely to increase the scale and intensity of attacks by the IRGC and its allied militias against Israel.

In Israel, Prime Minister Benjamin Netanyahu is also facing an existential threat to his political career after being indicted on November 21 for bribery and fraud. The election in September was inconclusive, and so far, his attempts to persuade Benny Gantz, the leader of the second-largest party, to form a grand coalition have failed. Netanyahu is now using a series of bold military moves to try to force Gantz’s hand; an unstable government at a time of military conflict would make Gantz look bad.

On November 19, Israel attacked IRGC-linked targets in Syria, leading to the deaths of 23 people, most of them Iranians. This was in response to rocket attacks (all thwarted by Israel’s missile defense system) into northern Israel from Syria by militias allied to the IRGC or the IRGC themselves.

The Israeli retaliation was unprecedented, almost disproportionate in severity because of the wide variety of targets attacked, which included arms depots, military bases, and air defense batteries. One target, for example, was an Iranian base near Damascus airport, a known meeting place for senior Iranian officials. The previous week, Israel killed a senior commander of the Palestinian Islamic Jihad group, an Iran-allied group in the Gaza Strip, which led to two days of heavy fighting, the deaths of 34 Palestinians and more than 450 rockets fired into Israel (with no Israeli casualties).

In October, Netanyahu declared the Iranian threat to Israeli security now emanated not only from Iran itself but also from Iraq and even from as far away as Yemen, suggesting that Israel is ready to widen its theater of military action against Iran.

This could set in motion a dangerous cycle of intensifying tit-for-tat actions by Tehran and Tel Aviv, as ruling regimes in both countries seek to distract their respective publics from their domestic failures. The region is in for a dangerously unpredictable winter.