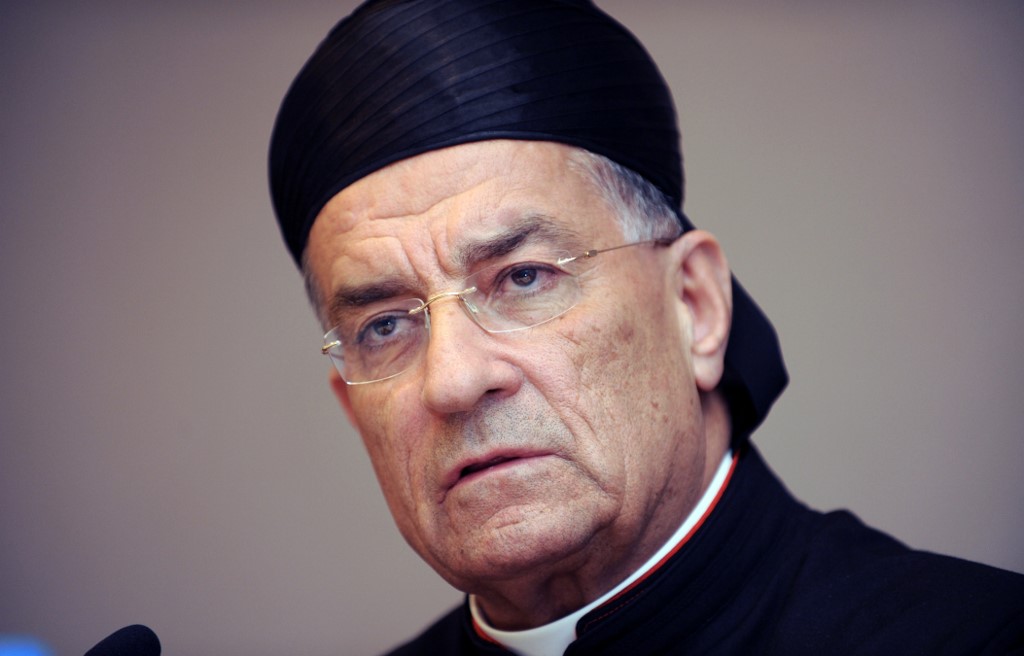 In mid-July, the head of the Maronite Christian Church in Lebanon paid what appeared to be a routine courtesy visit to the country’s president, Michel Aoun. In fact, Patriarch Beshara Al-Rai had a much bigger purpose in mind: to restore Lebanon’s policy of regional neutrality and thus sever Hezbollah’s stranglehold on a nation in turmoil.

Al-Rai’s contention is that it was the country’s former policy of neutrality that brought the economic expansion Lebanon enjoyed after its independence from France in 1943 up to the signing of the Cairo Agreement in 1969, which allowed armed Palestinian factions to wage war on Israel from Lebanese territory. This led to a 15-year civil war in Lebanon and, ultimately, to the country’s sorry plight today. Whenever attempts to restore neutrality have been thwarted, things have gone from bad to worse for Lebanon.

Tracing the trajectory requires a recap of the past 100 years of Lebanese history.

Lebanon came into being in 1920, created out of two blocs, Christian and Muslim. The former envisioned the country as an ally of the West, while the latter were convinced that the very creation of Lebanon was a means for the world’s imperial powers to split the Arab world. When the French Mandate ended in 1943, the two religious blocs came together and proclaimed Lebanon as a neutral state.

Years of relative calm, stability and prosperity followed until the Cairo Agreement, which effectively took away Lebanon’s sovereignty. As Palestinian militants mounted their attacks on Israel from Lebanese soil, it was Lebanon that suffered the devastating retaliation inflicted by the Israelis.

The Christian bloc tried to restore neutrality by forming militias to rein in the Palestinians. Instead, the move unleashed a bitter civil war that killed an estimated 100,000 people and maimed 100,000 more. The end, when it came in 1990, was supposedly predicated on Lebanon disbanding all militias and espousing neutrality again.

Instead, the Syrians, who had entered the war in 1976, saw an opportunity to use Hezbollah as a weapon trained on Israel and the United States. That purpose ended when Israel withdrew from Lebanese territory in 2000. Four years later, United Nations Security Council resolution 1559 demanded the disbanding of Hezbollah. It never happened. When Syrian troops finally left Lebanon in 2005, Hezbollah was left intact and Lebanon was left in the hands of an aggressively sectarian force with a formidable militia.

Hezbollah’s idea of rule has been that of the “resistance state,” modeled on Iran, where an elected state and its military are subservient to a “divinely mandated” supreme leader and his militia. Under Hezbollah, Lebanon was turned into Iran’s base on the Mediterranean, from which Tehran directed Iranian intervention in the wars in Syria and Yemen, and Hezbollah became Iran’s pawn in the deadly game of global terror.

Unsurprisingly, living on a war footing killed Lebanon’s service sector, the mainstay of its economy. And as Hezbollah found it harder to keep a restless population in check, it started rewarding loyal oligarchs with senior state positions, on condition that they express support for the party’s endless wars.

And so to the Maronite patriarch, whose prestige and influence transcend the president’s, calling on Aoun to demand an end to Hezbollah’s “resistance state,” the disbanding of its militia and, hopefully, prevent Lebanon’s descent into failed state.

Hezbollah chief, Hassan Nasrallah, dismissed the idea of a neutrality as “a waste of time because no one is neutral” – the unexpressed reasoning being that if neutrality benefits Israel, the US and its allies, how can it be neutral? He did not confront Al-Rai directly but it was a shot across the patriarch’s bows.

But Al-Rai was not dissuaded. On August 23, he demanded that state forces raid the illegal arms caches hidden away in residential neighborhoods, to avoid a repeat of the Beirut Port explosion that killed more than 200 people and destroyed 250,000 homes.

Hezbollah hit back through one of its loyal daily newspaper with headlines that read, “Patriarch advertises peace with the enemy, endorses Israeli propaganda against the resistance.” The paper likened Al-Rai’s claim of arms caches in residential areas to Israeli accusations against Hezbollah, concluding that Al-Rai was part of a conspiracy – along with America, Europe and Gulf media – against Hezbollah.

That it falls to spiritual leaders to stand up to Hezbollah and try to correct Lebanon’s direction suggests that the country’s politicians are too scared to do so. Any occasional acts of political bravery invariably end up with politicians flip-flopping in and out of deals with Hezbollah and eventually turning against each other. It is little wonder that clerics like Al-Rai have to fill the vacuum left by a political class that has lost all credibility.

As clerics, their status also makes it harder for Hezbollah to tarnish them in the public mind. Al-Rai has already tried to enlist cross-sectarian support for his initiative by approaching the Sunni mufti Abdul Latif Al-Daryan – a potentially dangerous step. When a previous leader of the Sunni community, Grand Mufti Hassan Khaled, called for neutrality for Lebanon in 1989 (making common cause with a renegade Maronite general named Michel Aoun), he was assassinated. That was widely believed to be the work of Syrian intelligence, although it was never investigated.

Would Hezbollah dare to go that far? More than 30 years on, Patriarch Al-Rai has certainly won Lebanese hearts and minds with his demand for a neutral Lebanon. Will he succeed where others have not? For Lebanon’s sake, one can only hope he does.