In China, the Middle East and Beyond, Coronavirus Is Thawing Cold Diplomatic Relations 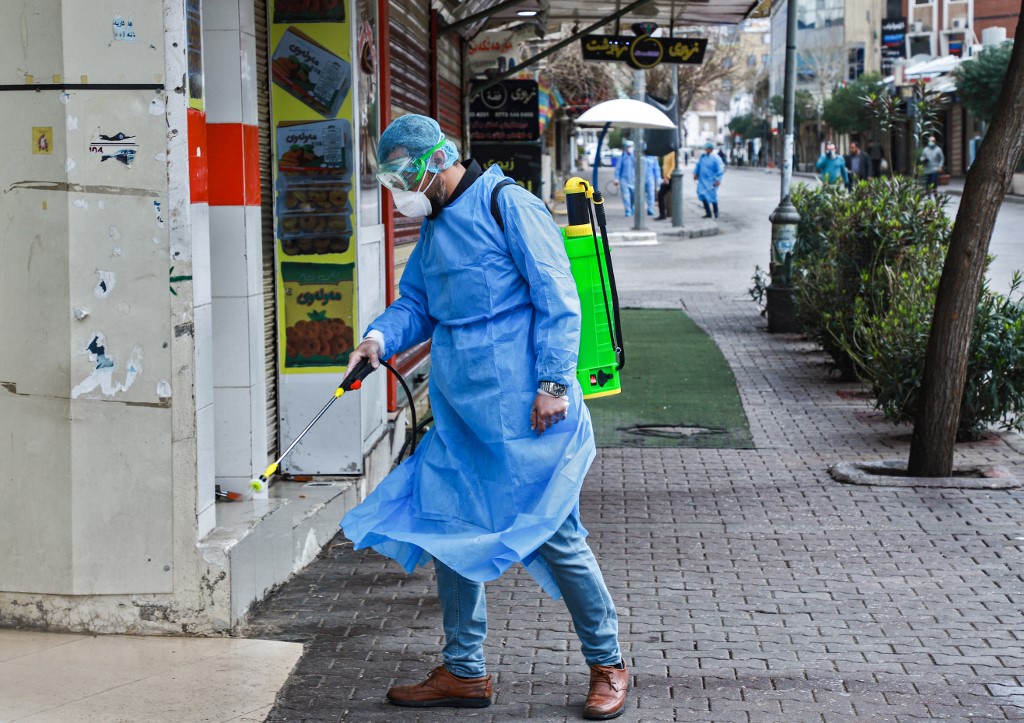 In North Korea, it took the form of a letter; in Japan, a poem; in Canada, boxes of face masks; and in the UAE, a plane load of medical supplies. As the coronavirus, or Covid-19, outbreak spreads rapidly beyond borders, a diplomatic thaw is opening up between countries with tense relations.

When donated masks from Japan arrived in China bearing a brotherly line of poetry written more than a thousand years ago, China’s social media erupted. “Although we are separated by mountains and rivers, we live under the same sky,” ran the couplet, and tens of thousands of Chinese users retweeted it. The Chinese foreign ministry even said it was “extremely touched” by the poem.

Elsewhere, rivals and enemies have also been touched by a coronavirus-related gesture.

Last week, the leader of North Korea sent a letter expressing condolences to the South Korean president, whose country has been particularly hard hit by the outbreak. This was just days after Pyongyang fired two missiles into the Sea of Japan.

In Canada, meanwhile, with relations with Beijing still tense over the arrest of a Huawei executive in Vancouver, medical equipment was sent to China to assist with the outbreak, leading to conciliatory remarks from the Chinese foreign minister.

The same thing is happening in the Middle East, where the center of the outbreak is currently Iran, a country that has difficult relations with many of its neighbors.The death toll, for a long time suppressed by Iranian authorities, is in triple digits and there are more than 7,000 infections in the country. The UAE has extended help despite frosty relations, sending a military aircraft with 7.5 tonnes of medical supplies.

Such disaster diplomacy is vital in the moment.It sends an important message that political tensions, no matter how grave, can eventually be overcome by common humanity.But longer term, it could also lead to better politics.

The coronavirus outbreak potentially carries with it a politically toxic mix of nationalism and racism. With China at the center of the outbreak, Chinese students and those of Chinese descent around the world have noted instances of overt racism toward them, as if their racial background made them more likely to be carrying the contagion.

On a national scale, too, the darker elements of political culture have been on display.The outbreak at first brought out nationalism in governments, as some borders were rapidly shut and China tried to display competence by curtailing the spread alone. Only later did the country accept outside help.

In Europe, still in the midst of a migrant crisis, far-right parties have used the opportunity to link the spread of coronavirus to migration. Perhaps unsurprisingly, Matteo Salvini, a former Italian interior minister and head of a far-right party, said it was “irresponsible” to let people from Africa into Italy, despite the African continent being comparatively unaffected.

Gradually that has given way to an understanding that an outbreak anywhere is a threat to countries everywhere.In some places, it has brought out the best in people. Messages of solidarity have been sent from around the world to those in affected areas in China; those quarantined on ships have stayed in touch with family and even strangers via the internet; and there have been flashes of common humanity, with people assisting others who are unwell.

It has also melted fixed ideas of nationality and borders.

Although many countries have laid on flights to repatriate their own citizens from China’s Wuhan province, so far only a handful of flights have taken off with a mix of nationalities on-board.

The United Arab Emirates last week brought out hundreds of mostly Arab foreigners of 11 countries from Wuhan province and allowed them to undergo quarantine in Abu Dhabi.

Those who traveled on the special UAE flight found on their arrival in Abu Dhabi a message from Sheikh Mohamed bin Zayed, the crown prince of the emirate. “We want you to rest assured that you are among friends and family and you are a dear and honored guest. We will provide you with complete health care and everything necessary to continue the trip to your home country whenever it is safe for you,” the message read.

Similarly, the European Union laid on flights open to anyone carrying an EU passport.

If there is a lesson in the coronavirus outbreak, it is one that most of the world is frustratingly slow to learn: borders offer little protection. Rich countries are as easily affected by the disease as developing countries. In fact, to a large degree, the rich world is dependent on the effectiveness of poorer parts of the world to contain the virus – not because the virus will spread there more easily but because it will be harder to eradicate.

That message of acting beyond borders is hopeful. But as the virus spreads, ideas of narrow nationalism are proving similarly hard to eradicate. The longer the outbreak continues, the greater the tension will become between these differing visions.

Already drastic measures are being taken – Italy has now effectively quarantined nearly all of its population – and as the numbers of infected rise in the coming weeks, as scientists appear to believe they will, jobs are put at risk and supermarket shelves become bare, the outbreak will severely test the better angels of human and government nature.

In essence, the spread of the virus is exposing attitudes buried by a political and social frost. Some of what comes to the surface is ugly, revealing uncomfortable attitudes long-concealed. But much is also engaging, positive reactions that previously did not get the opportunity to be displayed.

There is some comfort in that. An outbreak that is making people all over the world sick is also throwing up instances of political healing.