How Israel Co-opts Palestinians to Enforce its Occupation 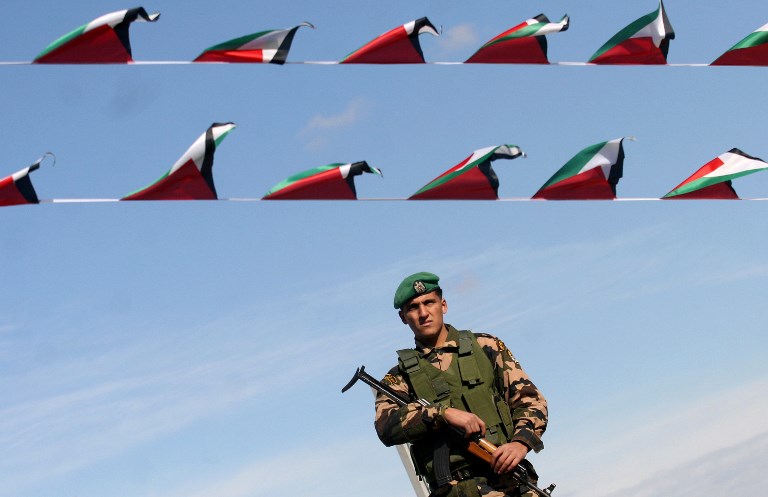 For all of the platitudes regarding the complexity of the Israeli-Palestinian conflict, its construction is remarkably simple. This is especially true with Israel’s decades-long military occupation of the West Bank and its control over the Gaza Strip, which is driven by a mix of economics and security consideration. Religious connection to the land might be a convenient talking point for rallying some fanatical elements on both sides, but it is not the motivating factor behind the largest state project in Israel’s history.

While violence between Israelis and Palestinians appears episodic on the surface – as in the case of the current Israeli army incursions into Palestinian cities and Palestinian attacks on Israeli settlers – there is, in fact, a constant cycle of violence required to maintain Israel’s unchallenged dominance over the entire area between the Jordan River and Mediterranean.

Maintaining a system of governance where some people enjoy full democratic, civil and human rights while others are subject to military governance, has never been sustainable in the long term. Throughout history, various regimes have certainly tried. From Apartheid South Africa to Rhodesia and to French rule in Algeria, the maintenance of these unequal colonial experiments has ultimately proven to be their undoing. As soon as one experiment fails, another pops up.

This is true for Israel even though the exact definition of Israel’s rule over the Palestinians has come under fire by partisans on both sides of the conflict. While many are quick to label Israel a settler-colonial entity, noting that its founding ideology originated in Europe and many of its early settlers emigrated from Europe, Israel doesn’t have a Western power that claims it as its own. Like the Afrikaners in South Africa, Israelis don’t have one home country that would take them back in the case of failure. As such, the settler colonial label might not be wholly accurate, but the connotation and behavior of the Israeli regime with earlier settler colonial experiments lines up.

With its close relationships with Apartheid South Africa and the former Rhodesian government, Israel watched closely as those two regimes crumbled under the weight of their colonial ambitions. The creation of the Palestinian Authority (PA), following the First Intifada and the signing of the Oslo Accords, were Israel’s attempts to ensure its occupation would not be undone in similar ways.

With its mass participation and largely unarmed character, the First Intifada shook Israeli military planners and politicians to their core. Nothing is more difficult to defeat in the court of public opinion than unarmed women and children. As such, Israel used the subsequent Oslo peace process to ensure the First Intifada would never be repeated. The Palestinian Authority was the crown jewel.

While it might seem unorthodox to think of the PA as an instrument of Israeli colonial statecraft, it is not a radical idea when viewed from the colonial perspective. Historically, colonial regimes have used surrogates to extend and entrench the power required for this type of domination. In layman’s terms, they create an elite from the colonized population and use them to oversee the controlled population.

From Maoist China to British India, dominant powers have separated the elite from the masses in order to prevent coordination between the core and the periphery and thus dismantle the essential component in successful collective action. By separating the elite from the masses in the West Bank through the creation of the PA, Israel has managed to prevent coordination across Palestine. Division increases by the day as Palestinians are separated by geography, class and political stripe. Such division ensures that the unity on display during the First Intifada will never return. Lack of unity makes the work of occupation and control easier.

What was meant to be an interim government that would prepare Palestinians for statehood in the West Bank and Gaza Strip, the PA is viewed by an increasing number of Palestinians to be an arm of the Israeli occupation. Underscoring this point, the Israeli journalist Amira Hass described the behavior of Palestinian security forces thus: “No Israeli soldiers are in evidence whenever armed and uniformed Palestinian troops are about. The reverse is also true: There are no Palestinian police in sight whenever Israeli soldiers raid a neighborhood, breaking into shops and homes, confiscating security camera footage and shooting at young people who throw stones at them.”

The recent wave of violence in the West Bank highlights the desperate state of the PA. With an ally in the White House, Israel has moved aggressively to entrench its hold over the West Bank through settlements and security infrastructure. At the same time, the Trump administration has cut off or blocked millions of dollars in vital aid to Palestinians. In so doing, Donald Trump is undermining the elite that Israel worked so hard to create (since most of the aid destined for Palestine ends up in elite PA hands in any case). The result is widespread discontent and the surging popularity of Hamas, which is seen by many Palestinians as fighting Israel rather than carrying out its bidding.

This impossible situation could continue for some time to come, but the PA’s days are ultimately numbered, as Palestinians are unable to reconcile its existence with their situation living under military occupation. However the next chapter in the conflict unfolds, we can be confident that the PA will not be a part of it as long as it serves as a major roadblock on the path to peace.