How Culture Can Fight the ‘Art’ Employed by Terrorist 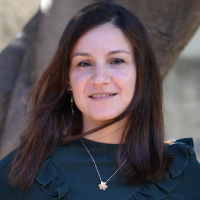 It is wretchedly painful to witness the destruction of antiquities and priceless art. But the sadness of this cannot compare to the horror of what man can do to his fellow man. Such was the shock and disgust I felt when I watched a video of the execution of the Jordanian air force pilot, Muath Al-Kasabeh, at the hands of ISIS in 2015.

This was pure, unalloyed barbarism. It made me think that all of us – regardless of who we are and what we do – must join the fight against the evil that men and women do to each other. That video was hard to digest, and it is only now that I am able to formulate my utter contempt for it and the people behind its production. For too long, I thought that as a woman working in the field of arts and culture, I could only be a bystander in the war against terrorism. I am not a soldier or a warrior. But I no longer think so. Terrorism is appropriating all areas of life for its wretched cause. Thus, it is only right and proper that we – in all areas of life – counter this toxin.

Like many, I came across the execution video not because I searched for it, but as a result of it somehow appearing in my inbox disguised as just another piece of video. But once I saw it – and was revolted by it – I had to watch it over and over again. Not because of some puerile fascination, but because I needed to study it for the way “creativity” had been hijacked in the service of man’s basest inhumanity.

As I watched the video, I tried to put myself in the mind of the person who filmed it, the person who directed the camera, who chose the angles and the music. I didn’t want to believe it at first, but the fact is that the filmmaker approached the making of this video just like any normal person would approach a creative project. Whoever he or she or they were, there is no denying the skill employed to manipulate the audience. These are skills nurtured through the practice of culture, but now employed in the service of barbarity. How did we get here?

Culture takes time – necessary time – to evolve; it takes years of investment to nurture artists, writers, dancers and so on. But the skills and tools needed to impart our highest virtues – as well as our tolerance of our wonderful differences – now appear to be the same ones used to propagate our lowest vices and intolerance. The tools of culture have become weapons exploited by extremists of the lowest common denominator.

For make no mistake, they are using creativity to spread fear and terror. They are exposing the most horrible images to impressionable minds today that will haunt generations tomorrow. A generation raised on violence – whether by experiencing it or witnessing it – will be desensitized to its harm. Meanwhile, some will be pulled to the dark side.

The German rapper, Denis Cuspert, who goes by the name “Deso Dogg,” gave up performing when he pledged allegiance to ISIS and became Abu Talha Al-Almani. Now, he uses his talent with video production to promote and praise Islamist extremism. One person who heeded his message was Arid Uka, a Kosovo Albanian living in Frankfurt. Uka killed two American servicemen and severely wounded two others at Frankfurt airport in 2011. When he was arrested, he admitted he was a fan of the rapper and had been greatly influenced by him.

In Tunisia, ISIS has been holding demonstrations disguised as theater, complete with the symbolism, movement and music found in traditional performances. In these demonstrations in public squares, they replaced the Tunisian flag with their own banner. From the subliminal, they then move on to the overt.

When the Taliban ruled Afghanistan, music was banned. Today, the Taliban distributes cell phone ringtones of songs that exhort its cause.

It is time for culture to fight back. But how? It won’t be easy. Many might even say it is naïve. Yet, culture is powerful in its own subtle way – precisely the same subtle way that the extremists exploit. So we must work to reclaim our virtues – our essential identity – and challenge the poisonous narratives of the extremists.

This includes, for a start, making culture a key part of the curriculum in every school, and not just as an after-school activity, an extracurricular afterthought. It should be seen to be as important to our soul as mathematics and the sciences are to our economy. Our highest virtues strengthen our resolve against base temptations, and inoculate us against falsities masquerading as religious universalities.

Then, there must be free access to culture. In substantive terms, that not only means free of charge but free from the most claustrophobic form of censorship, with the willingness and freedom to debate what is and is not acceptable, to discuss what is the absolute prudent limit of free expression. It means that governments must not instinctively ban everything, but instead must develop a reasoned approach to free the arts.

Indeed, the difference between a healthy culture and the toxic variety of the extremists is the employment of reason. And for reason to lead, we need the political will to create policies that ensure that culture – and all its power – is used to advance humanity and not to destroy it. By liberating culture through reasoned debate, we neutralize the poison that extremists hope to spread through their appropriation of the tools of the arts.

Reem Kassem is conducting research on how art and culture can be used to counter violent extremism, as a PhD candidate at the University of West Scotland and the Institute of Cultural Diplomacy in Berlin. She was previously head of performing arts at the Library of Alexandria in Egypt and a programming manager at the Abu Dhabi Music and Arts Foundation.