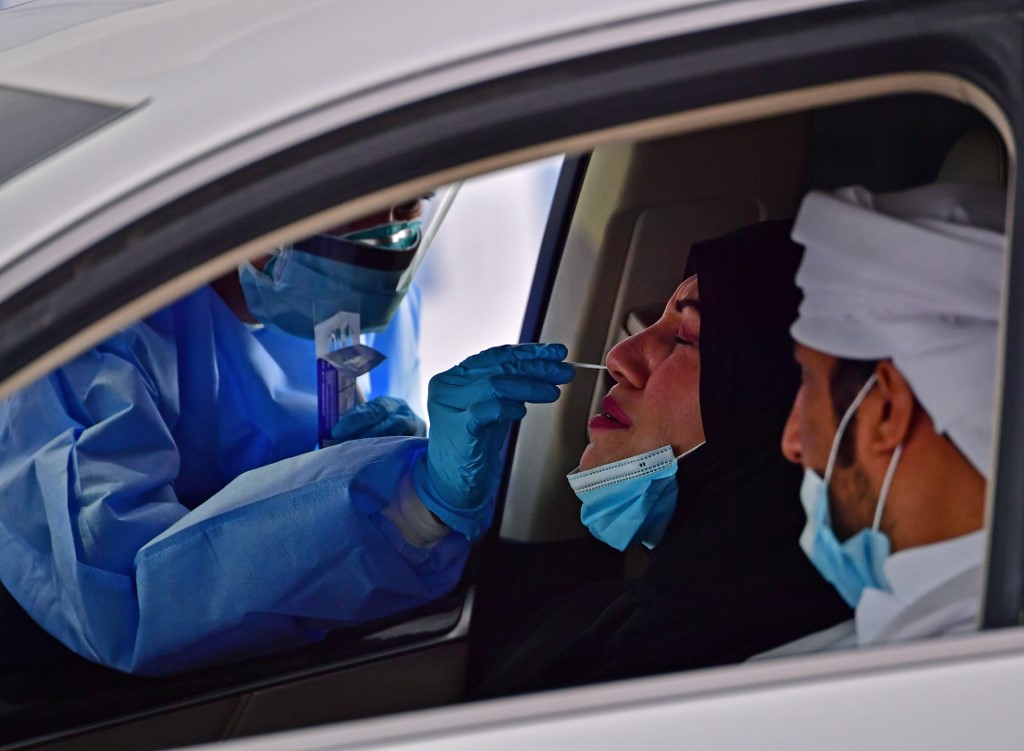 Ten months on from the appearance of SARS-CoV-2, and 42 million confirmed cases of Covid-19 and one million deaths later, it is time to ask why some nations have fared so much better than others in the battle against the coronavirus.

Among them is the UAE, and its record will be closely studied by researchers striving to prepare the world to cope better with the next microbial assault that inevitably will be coming our way.

Among the unexpected losers is the US, which has had by far the largest number of cases of Covid-19 in the world – 8.8 million, or 20 percent of the global total. Its tally of over 226,000 deaths is also the world’s largest. Both figures are out of proportion to the size of its population of 330 million. India has had almost as many cases, but among a population four times larger – and its death toll of 120,000 is just over half that of America’s.

Equally stark is the contrast between the impact of the pandemic in Western nations, particularly the US and the UK, and the Gulf. In the West, a fatal blend of political self-interest and dithering indecision has slowed and sabotaged timely responses. In the GCC states, unencumbered by unwieldy political systems, governments have been able to respond far more swiftly to the pandemic – and none more so than in the UAE.

The UAE saw its first infection on January 27. The number of cases rose steadily, peaking at 994 on May 23, and after that the daily rate fell, bottoming out at 164 by the beginning of August. Since then the daily case rate has continued to creep back up, to an all-time high of 1,538 on October 18. By October 20, the UAE had recorded a total of 117,594 cases and 470 deaths.

The rise in the number of daily cases is the product of two factors – increased testing, which has inevitably detected more infections, and the gradual reopening of the economy, which unavoidably has led to some increase in transmission. Crucially, however, the rise in cases has not led to a proportional increase in deaths.

But looking at only total numbers of cases and deaths gives a distorted impression of how a nation has fared. By this measure, with 117,594 cases by October 20, the UAE was the 40th worst-affected country in the world. On a table measuring mortality, its 470 deaths put it in 80th position.

Assessing just how effective a country’s response has been means looking at the number of cases, deaths and other statistics per head of population. With 11,846 cases per million of population, the UAE is in 41st position in the world, and with a record considerably better than four of its five GCC neighbors – including Qatar (the second-worst nation globally, with 46,280 cases per million). By this measure, only Saudi Arabia, in 55th position, with 9,806 cases per million, has marginally outperformed the UAE.

The number of deaths suffered by any country should also be seen in relation to the size of its population. The UAE’s total of 470 deaths by October 20 represents a rate of just 47 deaths per million head of population – far below the global average of 145. By this measure, the UAE has performed better than 105 other countries, including the US and all the major European states, and all five of its GCC partners.

Another useful tool for assessing the effectiveness of a country’s response to the pandemic is the all-important case fatality rate (CFR). This is the ratio between the number of confirmed cases and deaths. If a country’s CFR is 1 percent, then one out of every 100 patients will die.

As expected, all six GCC member states experienced spikes in their case fatality rates throughout March and April. But between May 12 and now, the UAE’s CFR has steadily declined, to a low of 0.4 percent, while those of the other five states are now showing signs of creeping back up.

This does not imply a criticism of the performance of the other GCC states – even Saudi Arabia’s current CFR of 1.5 percent compares highly favorably with the global average of 2.8 percent, and that of a range of selected countries, including the UK (5.9 percent), France (3.7 percent) and the US (2.7 percent).

What it does show, however, is that in addition to acting swiftly to limit the spread of Covid-19 within its borders, the UAE has consistently outperformed not only its neighbors but also much of the world in limiting the devastation caused by the disease.

How? One part of the answer can be found in the UAE’s well-developed healthcare system, blessed with world-class clinics and hospitals backed by an insurance system that ensures patients have access to the best expertise and equipment available. Even that, however, would have meant little had the UAE not acted swiftly and intelligently right from the outset to limit the impact of the pandemic.

In February all 18 countries in the region were subject to an external evaluation of their national pandemic action plans by the World Health Organization, and only one scored the maximum possible points – the UAE. That preparation has been evident in every timely step the UAE has taken throughout the pandemic. From the early imposition of travel controls to the closure of schools and workplaces, the UAE has been ahead of the game.

As the experience of the US, the UK and much of the rest of Europe has shown, when it comes to confronting an unprecedented threat on the scale of the coronavirus pandemic, countries with a political class focused – even in the midst of a global crisis – on the next election rather than on the common good are bad for their people’s health.