‘Game-Changing’ Gas Find Could Transform South Africa’s Economy – But at What Cost? 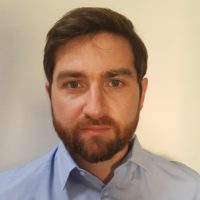 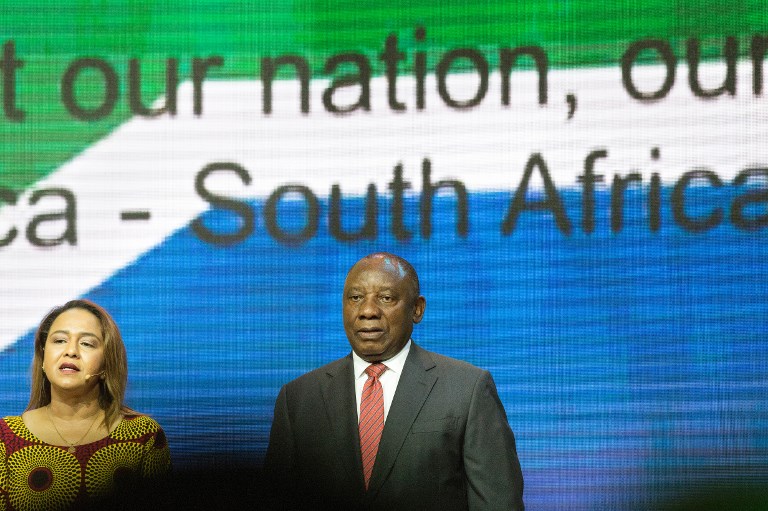 On the eve of his State of the Nation address last month, South African President Cyril Ramaphosa got some good news. “Last night, I received a call from Minister Gwede Mantashe, when he told me that the oil giant Total would be making a big announcement today about a new ‘world-class’ oil and gas discovery off the coast of South Africa,” he said in his speech, his smile barely contained.

So far, 2019 has been a tough year for Ramaphosa. Multiple commissions of investigation are exposing the deep rot at the heart of the previous, Jacob Zuma administration, in which Ramaphosa served most recently as deputy president; the economy is stalling; and years of financial mismanagement are catching up with state-owned entities like power utility Eskom and South African Airlines, which are both on the brink of collapse. Eskom’s travails in particular are casting a dark pall over the country in the most literal sense: rolling blackouts known as “loadshedding” have been implemented as failing power plants struggle to keep up with demand.

With an election looming in May, the president could use a fillip – and the gas find, 275 kilometers off South Africa’s southern coast, is exactly that. It has the potential to transform the country’s fortunes. As Ramaphosa said, “this could well be a game-changer.”

Total, the French energy company, says the find in its Brulpadda block could yield up to a billion barrels equivalent of “wet gas” – that is, natural gas containing a small amount of oil. It could be worth $1 trillion, according to optimistic estimates. A hefty chunk of that, in the form of a 28 percent corporate tax and a 5 percent hydrocarbon tax, will go straight to the exchequer.

Thus, Ramaphosa’s optimism is not entirely misplaced. Moreover, South Africa, uniquely in the region, is well-positioned to avoid the “resource curse” so often associated with major hydrocarbon discoveries. Angola failed to translate its massive oil reserves into meaningful development for its population; and in neighboring Mozambique, the government has already squandered much of its recent natural-gas discovery by taking on billions of dollars in dubious debt – even before production has begun. There are many more examples of this. South Africa, however, is no stranger to the extractive industries, having built its economy on gold and platinum mining. An extensive regulatory framework already exists, and new legislation – in the form of the Mineral and Petroleum Resources Development Act – is being tailored to respond specifically to the needs of the petroleum industry.

Furthermore, because the gas, for now, appears destined for domestic consumption, it will help toward balancing South Africa’s current account. This should support the rand.

The country already possesses the refining capacity necessary to process the natural gas. PetroSA, the national oil company, opened the world’s very first gas-to-liquids refinery in 1992, and it remains just one of five such refineries in the world. According to the company, it is capable of producing the equivalent of 45,000 barrels of crude oil per day. The location of the refinery could not be more convenient: it is in Mossel Bay, the city closest to Brulpadda.

Nevertheless, because the find is offshore, in deep waters in a treacherous patch of ocean, it could take a decade before production begins in earnest. But that doesn’t mean that Ramaphosa cannot begin to reap immediate benefits. “Authorities may see [the discovery] as leverage,” energy consultant Harriet Okwi told The Africa Report, a monthly magazine based in France. There is a chance that the new legislation in development could be used to increase taxes on all hydrocarbon companies, she says.

So far, so good for Ramaphosa and his beleaguered administration. But not everyone is convinced that the gas find is in the long-term interests of South Africa – or the world. “Greenpeace Africa strongly condemns Total’s reckless oil exploration off the coast of South Africa. Discovering yet more oil and gas is not something to celebrate when burning fossil fuels is driving potentially catastrophic climate change. This is essentially oil that we cannot afford to burn in the face of extreme weather conditions and recurrent droughts,” the environmental campaigners said in a statement.

Greenpeace has a point: the impact of climate change is already being felt across South Africa, in the form of severe droughts and below-average harvests, and the country is doing very little to curb emissions. In fact, it is the 14th largest carbon emitter in the world. A new energy policy, the Integrated Resource Plan, says that South Africa will reduce its carbon footprint by increasing the contributions of renewables and gas in its energy mix. This was drafted before the Brulpadda find, however, and the fear now is that a relatively abundant supply of cheap gas will make renewables unattractive in the short to medium-term.

What’s more, by the time the gas goes into full production, the world might have transitioned much of its needs away from hydrocarbon. Gas and oil will no longer be as valuable as they are today. Then, South Africa would be lumbered with a legacy energy infrastructure no longer fit for the age, and a resource increasingly unwanted by the world.

A decade ago, the discovery of up to a billion barrels of hydrocarbon off South Africa’s coastline would have been celebrated unconditionally. But given what we now know about the impact of fossil fuels on our environment, the cost of exploiting it may ultimately outweigh the immediate benefits for President Ramaphosa and his beleaguered administration. Not that this is likely to stop him.

Simon Allison is the Africa editor for the Mail & Guardian in Johannesburg. He is also a research consultant for the Institute for Security Studies, which has offices in South Africa, Kenya, Ethiopia and Senegal.