For South Africa, Covid-19 Has Ultimately Meant ‘Business as Usual’ – And that’s Bad News for the Rest of Africa 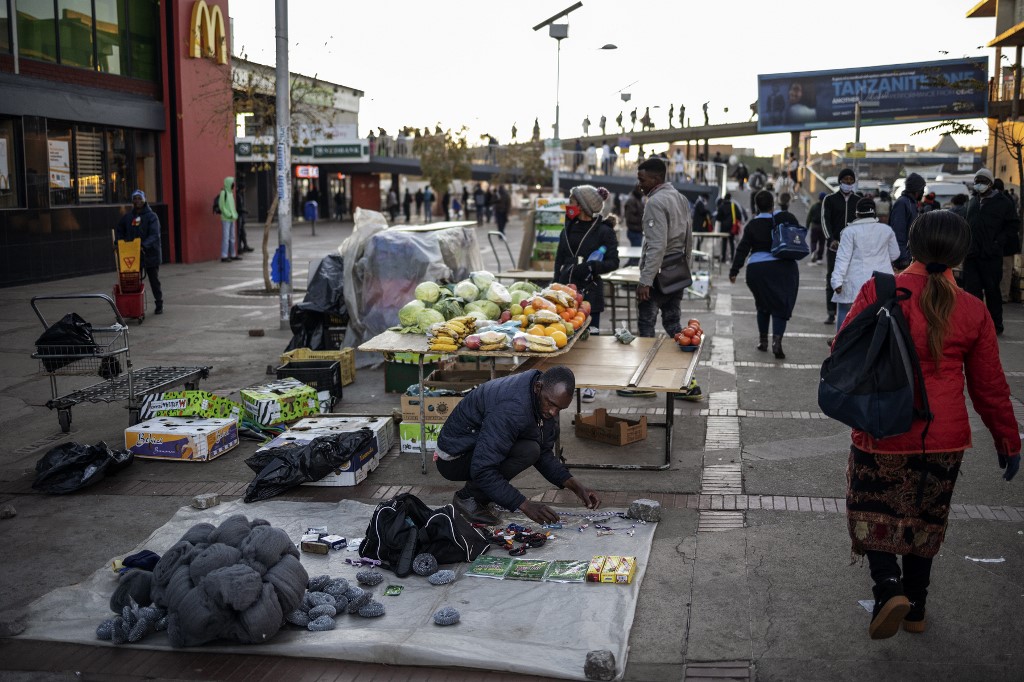 Covid-19 was slow to reach the African continent, but that hasn’t stopped it wreaking havoc. For while the delay afforded extra time for countries to prepare, early containment strategies now have fallen apart. This is thanks to mismanagement and poor governance. South Africa, the most industrialized country on the continent, is a case study of the latest missed opportunities. Instead of using the disruption from the pandemic to reset the status quo in favor of competent government, Covid-19 has allowed the most inefficient aspects of governance to reassert themselves. Often, where South Africa leads, the rest of the continent follows. Sadly, this might also be so in the case of Africa’s pandemic response.

South Africa, which chairs the African Union this year, led the continent when it enacted one of the strictest lockdowns in the world. Since he came to power two years ago, President Cyril Ramaphosa has tried to enact crucial reforms, primarily involving rooting out corrupt politicians and reforming the state entities run by those same corrupt individuals. Now, with the people united in the battle against Covid-19, was this not the moment finally to drive through such a change? One would think so. But alas, it was not to be.

On March 26, before a single death from Covid-19 was registered, South Africa closed down most economic activity. Citizen movement was prohibited for all but the most essential of purposes. Even e-commerce outlets were forced to sell only the most basic and essential of goods. In particular, the sale of alcohol and tobacco was banned. The restriction on alcohol sales was predicated on the necessity to mitigate health risks associated with alcohol, and thus free up space in the country’s hospitals to handle Covid-19 patients. Tobacco was prohibited because smoking weakens the respiratory system. In addition, the practice of sharing cigarettes among poorer people in the country was deemed a risk in spreading the coronavirus that causes Covid-19.

South Africa’s response and lockdown were widely praised as an instance of exemplary leadership by Ramaphosa. And as other countries followed suit, Africa’s response to Covid-19 was being hailed as among the best in the world. The Africa editor of the Financial Times wrote in April, “Many Africans have scant faith in governments and elites that too often have wielded power to enrich themselves. The response to Covid-19 is a glimpse – no more than that – of how things could be different.”

Indeed, a glimpse of the most fleeting kind is what it proved to be.

In South Africa, even when it became clear that the curve had flattened as much as was possible, Pretoria stubbornly and inexplicably refused to relax the lockdown – despite the fact that lives were being lost through sharply deepening poverty and starvation. Despite vocal opposition from the finance ministry and the country’s leading scientists, the National Command Council on Covid-19 (NCC) refused to explain its decisions. Glenda Gray, one of the country’s leading scientists and a world-renowned AIDS researcher, slammed the government for imposing “irrational” and “unscientific” regulations. Among the more bizarre of these was the decision to allow the sale of winter clothing but not summer clothes.

The initial support for Ramaphosa and his government now has all but evaporated. And under intense pressure from the public, many of the ad hoc regulations have been eased.

But the ban on tobacco sales remains, largely at the insistence of Nkosazana Dlamini-Zuma, the minister of cooperative governance and traditional affairs.

The minister publicly reversed the president’s decision to allow tobacco sales from early May, claiming that she had received “more than 2,000” messages from concerned members of the public asking for the ban to be continued. Whatever the truth of that, all it did was prompt speculation about corruption within the NCC and, more particularly, about the minister’s connections with Adriano Mazzotti, a notorious cigarette smuggler. Although Dlamini-Zuma has denied any relationship or impropriety, there remains reported allegations that Mazzotti contributed to her campaigns in the past. (Mazzotti has denied these allegations.)

Alcohol now is available again. But only Monday through Thursday. One justification for the weekend ban is that in South Africa, which has a high rate of violent crime, half of murders occur at the end of the week and more than half of victims have elevated alcohol levels in their blood. But the limited ban doesn’t mean alcohol isn’t available at all –just not legally.

The entire pandemic response and its aftermath has left South Africans baffled and angry as it all unravels into a mess of mismanagement, lack of communication and poorly justified regulations. Business as usual, in other words. The Johannesburg-based journalist, William Shoki, has accused the government of “using the crisis to avoid all oversight and transparency, hiding behind the experts – and even then, often publicly contradicting what their experts are saying.” With the economy in ruins and the healthcare sector still reeling, the biggest winners after two months of lockdown appear to be traders in contraband tobacco and alcohol.

President Ramaphosa was elected to stop the rot of corruption and put South Africa on a true path forward. At first, it seemed that the coronavirus pandemic presented an opportunity to deliver on his promises. Instead, it has turned out to be another opportunity missed in a sorry series of opportunities lost. And where Pretoria leads, the rest of Africa follows, so brace for it. That is the compounded tragedy of the Covid-19 pandemic.