Fake News? Iran Has Been at It Longer Than Russia 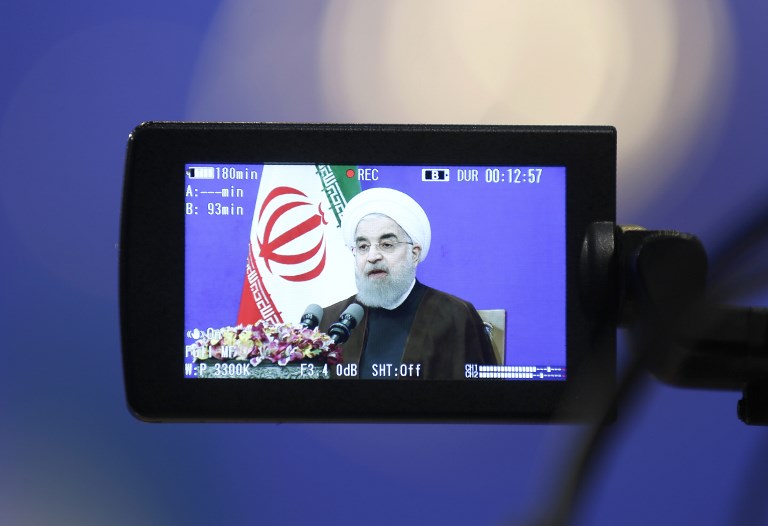 The past year has been notable for the attention “fake news” has received. In the Middle East, however, fake news is old news. And the master of this is not Russia, but Iran. Indeed, Iran’s mischief making in the region is not restricted to sponsoring foreign militias. It also includes funding, supporting or encouraging dozens of Arab media outlets — satellite TV stations, websites and social-media accounts — that are managed by Tehran’s allies. These outlets do not only push the Islamic Republic’s positions, but create an echo chamber that has become a parallel universe.

Their primary mission is to consistently hail Iran’s victories. Like in ancient times, when victory was perceived as a sign of divine reward — and because the Iranian leadership views itself as the shadow of God on Earth — Iran can never stop winning, or at least be perceived to be so. Thus, despite the fact that the late founder of the Islamic Republic, Ruhollah Khomeini, went on TV in 1988 to accept defeat by the Iraqis in their eight-year war, an act he likened to drinking poison, Iran these days celebrates its own vanquishment as the “Holy Defense.” Pro-Iran Arab media outlets last year reported on Iranian commemorations of the 38th anniversary of the start of that war by taking their cue from Iran. The Iraqi TV station, Alitijah, quoted Iranian General Yahya Safavi saying that Donald Trump was unaware of the Iranian victory over Saddam Hussein, for if he were aware he would not dare think of confronting Tehran.

In Lebanon, the TV stations Almanar and Almayadeen reported on Iranian President Hassan Rouhani’s speech in which he said that America should learn a lesson from Iran’s victory over Iraq. Similarly, the website of the Lebanese Islamic Center for Preaching posted a speech by Iranian Supreme Leader Ali Khamenei, in which he reminisced over the war, and called on supporters to write its history lest it be written by “the enemies.”

And because “Iran always wins,” pro-Iran Arab pundits go out of their way to depict US sanctions on Iran as ineffective. A common theme in Lebanon’s pro-Iran media is to pretend that the world is now living in a ”post-dollar era.” The fact that the Iranian currency has lost half its value since Trump reinstated sanctions in May is a fact that pro-Iran Arab pundits conveniently leave out, as did Ahmad Sheaito, in his Almanar website article entitled “From Iran to a Post-Dollar World.”

Iranian talking points expand their analysis to argue that the West has proven to be a paper tiger. In one of his Friday sermons, Tehran’s cleric, Kazem Sadiqi, saw an opportunity in France’s Yellow Vests protests to push the point that the liberal West has been a failure, and that the only true success is Iran’s Islamic model. France’s GDP per capita stands at $38,500, compared to Iran’s $5,400, another fact that Tehran’s pundits, both Arab and Iranian, conveniently sweep under the rug.

Pro-Iran Arab pundits also peddle the point that Iran has been a world leader in technology, manufacturing and agriculture. Writing in the newspaper of the Iraqi Islamic Daawa Party, Ali Khayyat argued that â€œIran is an industrial and productive country with modern technology. Despite its bragging, Tehran had to beg foreign companies to develop its energy resources, such as Pars 11, a gas field that French energy giant Total dropped after US sanctions. China’s CNPC then took over.

Contradictions also include Iran’s unresolved conflict between its wish to play victor and its attempts to depict itself as the victim of American “arrogance” and “unfairness.” Right before the last meeting between the foreign ministers of Iran, Turkey and Russia, in Geneva, Mohammad Javad Zarif said that the West had finally conceded and become willing to settle the Syrian conflict along the lines drawn by Iran. By the end of the day, pro-Iran TV Almayadeen and its website were reporting that it was America that obstructed a Syria compromise in Geneva. Hence, the West had both conceded to Iran in Syria, while at the same time obstructing a settlement.

In addition to their alternative facts and contradictions, Tehran’s media — both in Arabic and Farsi — selectively recognizes news. When the UN Human Rights Council issued a statement denouncing Iran’s “severe” human-rights violations, Iran’s media outlets ignored it. Then, last month, when a committee at the Iranian parliament responded to the UN report, Iran’s Arabic media went ballistic. Yet, they offered no uncomfortable background information that deviated from the standard script, so readers and TV news viewers had to settle for a story in which Iran rebutted a UN statement whose text and context remained unknown.

Like Iran itself, Iran-funded Arabic media lives in a parallel universe, often disregarding rules of journalism, disseminating propaganda and offering contradictory reports. The pro-Iran Arabic media outlets might be shinier than their state-run predecessors, but in terms of content, they offer the same controlled message that Tehran wants to spread, not only in Iran, but throughout the Arabic-speaking region.

In a year in which fake news became news itself, Iran has been ahead of the curve. Unfortunately, not nearly enough is being done to counter the corrosive effects of Tehran’s active media distortions. It would be useful for world powers to resolve this new year to do something about it.