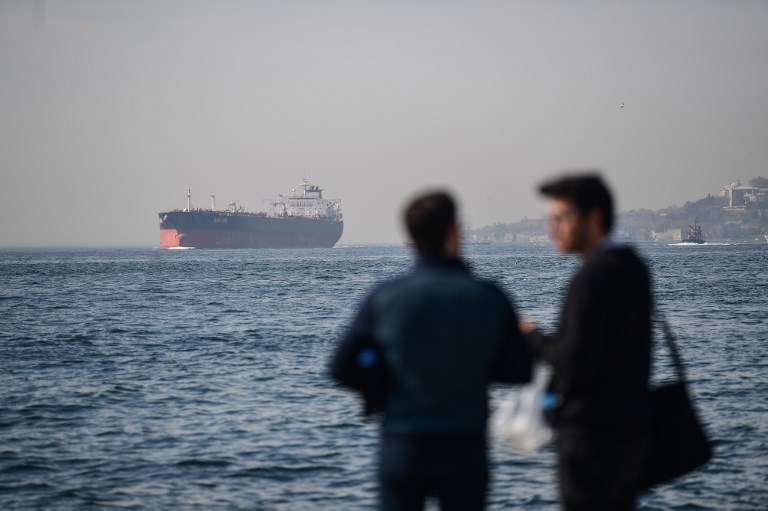 Turkey has sought to sit like a spider in a web of energy trade, marketing itself as the essential hub between the Black Sea and the Mediterranean, the Caspian, the Middle East, Russia and Europe. But now its financial crisis threatens to shake this delicate structure like a trapped fly struggling for its life.

Turkey hosts the Bosphorus Straits, one of the key routes for Russian and Caspian oil exports, and the Baku-Tbilisi-Ceyhan oil pipeline, carrying most of Azerbaijan’s exports. Ceyhan, on the Mediterranean, is also the terminus for the Iraqi oil pipeline that carries most exports from the autonomous Kurdish area, and would carry oil from the historic Kirkuk fields too when the Kurds and Baghdad can strike a deal.

Turkey also hoped to be a customer and transit country for gas from the Eastern Mediterranean fields off Israel and Cyprus, but its political intransigence over the divided island has blocked that plan. Pipelines from the region can only go to Turkey, to Egypt or a long way through deep water to Greece. But in February, a Turkish warship prevented Italian oil company ENI from drilling off the southeast of Cyprus.

Now, relations between the US and Turkey have sharply worsened. Donald Trump, tweeting that the situation was “not good,” doubled tariffs on Turkish steel and aluminium. Ankara and Washington are at loggerheads over the Kurdish role in Syria, alleged US support for the anti-Erdogan coup attempt in 2016 and an American pastor jailed in Turkey.

Turkey consistently runs a large current-account deficit, putting its currency under pressure. Seventeen percent of this is made up of energy imports. Rising prices and the threat of sanctions on Iran have worsened the situation, as Turkey gets 45 percent of its oil and 17 percent of its natural gas from Iran.

Turkey has called the renewed US sanctions “inappropriate” and vowed to continue trading with Iran “as much as possible,” as it did via state-controlled banks and the “gold for gas” trade during the Obama-era sanctions. Iranian gas supplies to Turkey’s south-east cannot be substituted by another supplier because of the limitations of the pipeline grid. But maintaining its trade with Iran will be more difficult if Ankara becomes a suppliant.

The impact of higher oil prices is magnified by the collapse of the lira. To cushion the blow for consumers, the government has reduced taxes on fuel, but this weakens it fiscally as well as preventing proper adjustment. With Erdogan’s son-in-law and former energy minister Berat Albayrak now running the economy, and the president resolutely opposed to interest-rate rises, investors worry about unorthodox and counterproductive government policies.

Turkey has been through such crises before. After 2001, it was heavily over-committed on contracts to buy gas from Russia and Azerbaijan, only resolved through lengthy negotiations and arbitrations with Russia and Iran. Demand fell more than 4 percent during the 2008-9 financial crisis, dropped again in 2015-16 as Turkey tried to diversify into other energy sources, but then soared in 2017 to reach almost 52 billion cubic meters (BCM), the fourth largest European market after Germany, the UK and Italy.

A lack of gas demand would be bad news for Azerbaijan, Russia and the Kurdish region of Iraq (KRI), all of which have targeted the Turkish market. The Trans-Anatolian Pipeline from Azerbaijan started operations in June, intended to send 6 BCM to Turkey and 10 BCM to Greece, Albania and Italy by 2020. The Turkish Stream pipeline under the Black Sea is meant to replace Russia’s route through Ukraine and the Balkans. And the cash-strapped KRI has long-hoped to export its gas to Turkey, with Turkish-British firm Genel Energy in the lead, and Russia’s state giant Rosneft signed up to build a 20 BCM per year pipeline.

Erdogan has ruled out an IMF bailout, estimated to be in the range $20-40 billion, and said the country will begin looking for “new friends and allies”. But who might these be?

Turkish Stream and the Kurdish pipeline are a notable two of the deals by which Russia has extended its Middle East reach. Russia’s state firm Rosatom is also building the Akkuyu nuclear power plant, Turkey’s first. There is certainly room for further cooperation. But Russia does not have the money to keep Turkey afloat.

Qatar has been grateful for Turkish support in its stand-off with Gulf neighbours Saudi Arabia and the UAE. Sheikh Tamim bin Hamad Al Thani visited Ankara on Wednesday and pledged $15 billion of investments, helping to support the lira. However, with $200 billion of foreign financing required each year, even Qatar Investment Authority’s $320 billion of assets go only so far.

China would be best placed financially to bolster Turkey. The Industrial and Commercial Bank of China pledged $3.6 billion of loans for the energy and transport sectors in July, and Turkish regional connections make it a pivotal part of Beijing’s Belt and Road initiative. But Chinese FDI in Turkey is still small compared to the EU’s, and China is wary, for now, of upsetting the US by becoming too entwined in a Nato member.

Eventually, Turkey’s geography may lead it to balance more between the US, EU, Russia, China and its Middle East neighbors. But for now, its desires for new alliances are at odds with the hard realities. Ankara’s self-inflicted economic and political woes are not good news for any of the players vying to use this bridge between the continents.