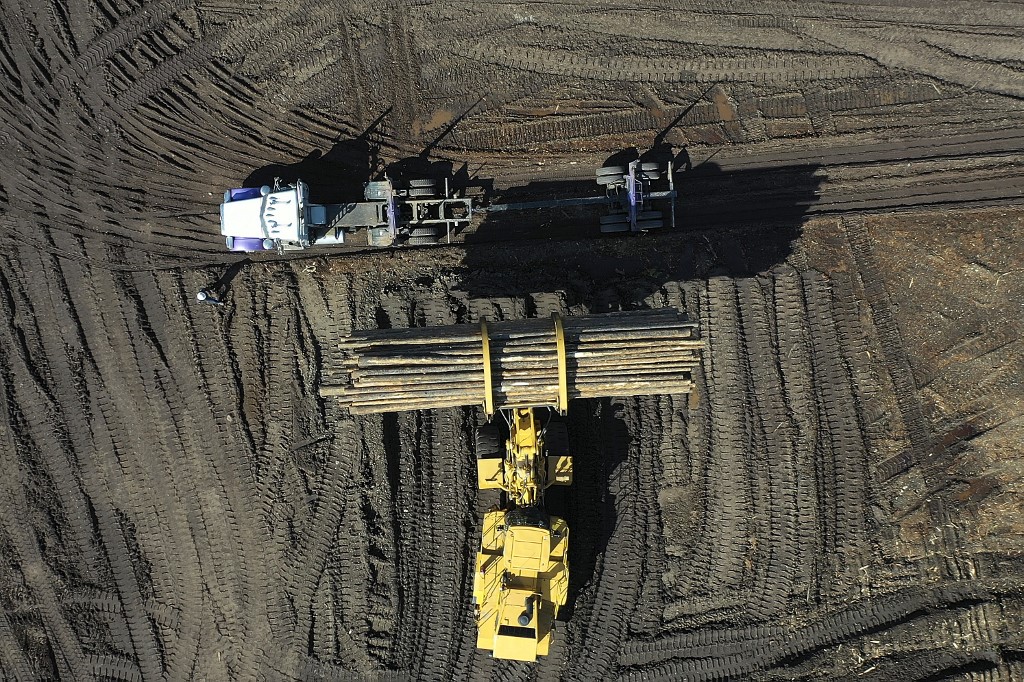 Your next trip to Starbucks might be an unusual one. The global coffeehouse chain is running out of cups. Due to supply chain bottlenecks affecting virtually every part of the worldwide economy, Starbucks is struggling to secure enough paper cups (and oat milk). This is worrying, because recovery in the post-pandemic economy won’t amount to much if there aren’t enough products for purchase and we can’t even get a cup of coffee from Starbucks. From semiconductors to lumber, the global economy is running out of everything. A fundamentally new approach focused on the effects of technological innovation to supply-chain economics is needed to get things back on track. More importantly, we need a deep rethink about production and our world.

Even before the Ever Given container ship got stuck in the Suez Canal, blocking trade flows for weeks, the world was grappling with a historic shortage of microprocessors and other essentials. Computer chips undergo a highly sophisticated manufacturing process in state-of-the-art facilities primarily located in Taiwan and South Korea. Because the process is so complicated and the manufacturers so few, the manufacturing slowdown caused by Covid-19 and the sharp spike in global demand has resulted in a worldwide shortage that analysts predict could last several years. Its knock-on effect already is being felt in furloughed automobile workers and higher prices for cars; delays in deliveries of laptop computers, cellphones and game consoles; and in anything else that depends on micro-processing – which is pretty much everything today in the age of the Internet of Things.

Chipmakers and foundries are rushing to add more capacity, but given the intensively sophisticated nature of fabrication plants, it will be some time before added capacity starts having an impact. But it’s not all bad news. Some technology experts think the chip shortage could drive a new spirit of innovation. Engineers are already thinking about new ways to make chips that do more, reducing the number of microprocessors needed in a product. Or leaning more on software to accomplish tasks traditionally assigned to hardware. This is the spirit we need to apply to address some of the global shortages.

Regardless of the innovation that will inevitably occur, the microprocessor shortage is just the tip of the supply-chain-bottleneck iceberg. The problem starts with the evolution of the global economy over the past several decades. In the wake of the 2008 world financial crisis and the resultant Great Recession, many companies in advanced economies restructured to handle sudden drops in consumer demand. Warehouses would hold little stock as sophisticated computer systems tracked and matched inventory with demand. Just-in-time manufacturing became just-in-time selling. In moments of stress, recessions ensue and having excess stock on hand didn’t make sense when consumers didn’t have enough money to make ends meet and weren’t buying.

Now, fast forward to 2021. Instead of another global recession to match the Great Depression of the 1920s, as everyone thought in the early days of the pandemic, something strange happened. Lots of people got laid off, of course. And GDP growth reversed direction. But fiscal pump priming of a magnitude never seen before now means that many Western economies are awash in cash. Meanwhile, consumers panicked by fears of another economic crisis, saved like mad if they could. Since last year, Americans have experienced a boom in savings to the tune of an extra $2 trillion. Now, some of that money is being unleashed on the market. The situation is particularly notable in the United States, where by one estimate consumer spending is growing by more than 10 percent on an annualized basis.

With all that cash floating around, it’s easy to understand why there are shortages. Take lumber, whose shortage is particularly dire. With so many people looking to build a new deck or buy a new home, there has been a rush on lumber across Europe and North America. In the US, lumber prices are up nearly 300 percent. The problem is that lumber stockpiles have never been particularly robust and once they are exhausted, trees take time to grow.

Labor shortages also are adding to this headache. American companies like McDonald’s and Amazon are boosting pay to attract new workers in the tight labor market – another anomaly in this economic downturn. The most convincing evidence of a labor shortage in the US is sustained wage growth, centered in the labor and hospitality sector. In May, data from the US department of labor found that hourly pay jumped nearly 9 percent in the past year for nonmanagerial workers in the areas of labor and hospitality.

Shortages aren’t necessarily dire, especially if we can use them to adopt a new approach to economics that focuses on innovation. This is relatively easy for chips, where engineers are rushing to find new ways to make microprocessors more powerful. But in terms of producing more, we must focus intently again on raising productivity, on how to make more out of less labor. That, too, will depend on technology. And finally, things like lumber. We must find alternatives – the silver lining here being that we would now look at sustainable and less carbon-intensive options. This, too, will involve technology.

The Covid-19 pandemic has been a once-in-a-lifetime phenomenon. It’s as though someone picked up the entire world and gave it a massive shake. Consequently, it has forced us to think in new ways, for example, about how we work and where we work – now we want bigger homes and need smaller offices. It has made us reconsider the implications of ballooning national debts – we stopped complaining about fiat currencies, but also, curiously, gave a massive boost to cryptocurrencies. This tumultuous period should make us ponder a new paradigm for industry. The economic boom of the 20th century was predicated on the notion of abundance, with technology the force multiplier that propelled civilization forward faster than at any other time in history.

The age of shortages will not have as long a tenure. But while we’re in it, we need to get serious about how we took abundance for granted. For a start, do we really need to build houses out of wood and concrete anymore?