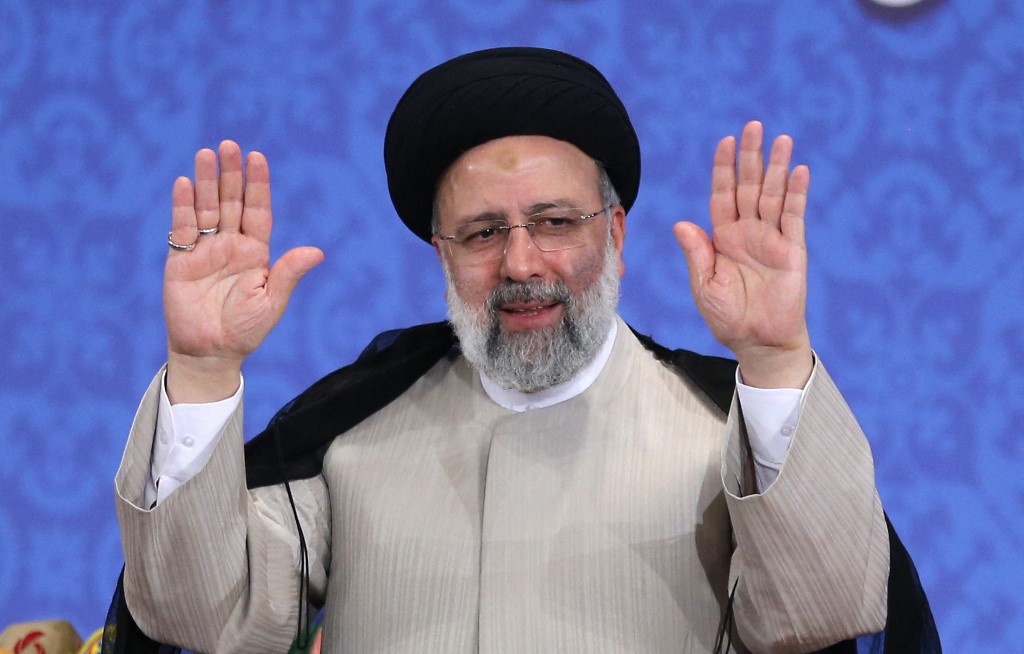 Ebrahim Raisi’s victory in Iran’s presidential election will make for a decisive shift in the country’s internal politics and foreign policy. Raisi won Iran’s least competitive presidential election in its post-revolution history with 62 percent of the total votes. Supreme leader Ayatollah Ali Khamenei and his conservative allies worked overtime to stage-manage this election. For a start, several candidates were disqualified by the Guardian Council, a body of 12 clerics and jurists controlled by the supreme leader. The reasons for all this lie in what is likely to unfold now that Raisi is president.

The 81-year-old Khamenei long has been rumored to be in ill-health. As he enters the twilight of his career, he wants to solidify his legacy by ensuring the conservatives control all the levers of power. Foremost among these will be his own post of supreme leader. Even before Raisi’s first – failed – attempt at the presidency in 2017, Khamenei has tried to ease his elevation. First, he made Raisi head of the politically and economically important Astan Quds Razavi foundation in Mashhad in 2016, then he appointed him judiciary chief in 2019 and finally orchestrated last week’s election to ensure his victory.

However, this does not mean the route to supreme leadership will be easy. Raisi could face several rivals. But as president, he can erect roadblocks in their path. For example, if Khamenei should die in office, the constitution allows for a leadership council composed of the president, judiciary chief and a senior cleric to play the role of supreme leader until the position is filled. Next, Raisi has built a reputation in the last few years as an anti-corruption crusader, launching probes against political rivals. He could continue down this path and use his new powers to stain his rivals’ reputations.

With all the levers of power finally controlled by conservatives, the country’s internal and foreign policy is prime for monumental change. By removing reformists from the polity and re-tooling Iranian institutions, conservatives had aimed for policy cohesion and ideological uniformity. Now, should Raisi use the presidency as a stepping stone to the post of supreme leader, Iran may see its last president.

There have been calls by conservative members of parliament recently to abolish the presidency and replace with it the post of prime minister, responsible only for the day-to-day running of government. In this case, all strategic policymaking will become concentrated in the supreme leader’s position and its allied theocratic institutions. This will remove the constant tension in domestic and foreign policy that has marked the soon-to-end Hassan Rouhani era. Indeed, the recent leak of an audiotape, in which outgoing foreign minister Javad Zarif complained of the Islamic Revolutionary Guard Corps working at cross-purposes to the administration’s foreign policy goals, is emblematic of this.

In foreign policy, a Raisi-led Iran will consolidate gains in Syria, Iraq and Yemen. In Syria, effort will be expended in shoring up the Assad regime and investment in maintaining clandestine military assets to build up deterrence against Israel. The regime also will focus on blunting the penetration by Israel’s Mossad intelligence agency into Iran’s nuclear sector. While Tehran’s security services have been unable to do anything about Mossad thus far, under Raisi there might be domestic witch hunts to demonstrate that the regime is “doing something.” Raisi has, in the past, shown himself to be a master at presiding over show trials.

In Iraq, with upcoming parliamentary elections and the looming succession to grand ayatollah Ali Sistani, Iran is likely to deepen its support of allied Iraqi militias and their political affiliates. Raisi will also steer Iran closer to Russia and China.

On the nuclear front, Raisi signaled his support for a revived deal during presidential debates, but only for a bare-bones agreement that is far less than what the Biden administration seeks. Raisi supports the deal only insofar as it adheres to nine conditions Khamenei had mentioned in a 2015 letter to Iranian negotiators. The letter sets out the outer limits of a deal acceptable to the supreme leader. Under a Raisi presidency, a revived nuclear deal will certainly not include curtailment of Iran’s ballistic missile program and of Tehran’s support for regional militias.

Economic policymaking too is less likely to be hampered by the transaction costs inherent in a fragmented polity. Depending on how much relief the Iranian economy gets if sanctions are lifted, the Raisi administration will focus on redistributive welfare and poverty alleviation targeted at low-income Iranians. This will help Raisi cast himself as a “messiah of the poor,” as he makes a play for the supreme leader’s job later.

In 1988, as a deputy prosecutor general, Ebrahim Raisi earned infamy by presiding over the mass execution of political prisoners. This was denounced by one of the regime’s senior-most clerics at the time as “the biggest crime in the history of the Islamic republic.” With such antecedents, the prospects for human rights and political dissent within Iran are bleak. Moreover, through last week’s stage-managed election, the regime has choked off all democratic avenues for the Iranian people to vent frustration.

While this may have given the regime policymaking cohesion in the medium term, it marks the beginning of the end for the “republican” part of the Islamic Republic.