Damascus’ New Law Has Made Syrian Refugees Give Up on Ever Returning Home. That’s the Point 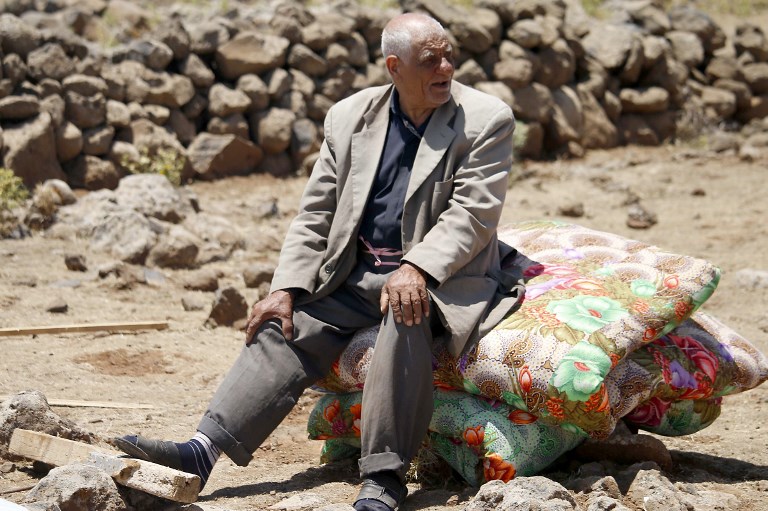 Since the start of the uprising against his regime, Bashar Al Assad has maintained that all those protesting and, later, taking up arms against the regime were “terrorists.” This definition was important because it situated the regime as part of a global war on terror, allowing it to kill and torture civilians with the fig-leaf of political respectability. Now, a similar attempt to hide brutal political goals behind a fig-leaf of legal respectability is underway.

In April, the government introduced “Law 10,” which forces those from an area designated for redevelopment to present proof of ownership within 30 days, or have that property confiscated and lose any right to compensation. Given that millions of Syrians are displaced, and given that returning to any part of regime-controlled Syria would expose many of them to possible arrest, torture or worse, the new law looks less like a policy to speed up the process of rebuilding and more like a naked attempt to confiscate the property of those who protested.

Humans-rights groups immediately reacted against the law, understanding it as an attempt to deprive millions of Syrians of their property through dubious legal means. And because the law will affect most strongly those in areas that rose up against the regime, it is also a political tool, a pseudo-legal means of social engineering.

Law 10 would matter even were Syria not at war. Land is one of the main depositories of individual and family wealth in the country, so any attempt at forcible land redevelopment or transfer is a cause for concern. This is especially so in a country with a creaking bureaucracy, where an estimated 50 percent of all land was not even officially registered before the conflict.

But coming as it does during the war, it is clear that the regime is up to something. Approximately half of all Syrians are displaced – 11 million of them – either internally in different areas of the country, or externally, many millions as refugees in perilous situations, without access to their documents or to the funds to enable them to file the necessary paperwork.

Law 10 has been interpreted as a land-grab by the Al Assad regime. And in part, it is. At a stroke, the regime will be able to seize land from its political opponents. Those languishing in Al Assad’s secret prisons, those who have died under torture or summary execution without appropriate documentation given to their families, those who are in hiding and those in exile – the property of all of these people will pass to the government as soon as it decides to develop those areas.

The Al Assad regime does not want the refugees to come home. Having opposed the regime’s control, by deed or by proxy, Damascus is quite willing to let millions of these people, its citizens, become someone else’s problem.

But it cannot simply strip millions of people of citizenship; to do so would be illegal under international law and would simply create a bargaining chip for regional countries in the future. Turkey, for example, would demand that the millions of Syrians in its territory have their citizenship returned before it would normalize diplomatic relations with Damascus.

Nor can the regime easily bar its citizens from returning. In the early days of the uprisings, the Al Assad regime passed a law allowing it to seize the assets of people who were convicted of, or wanted for, terrorism offenses. It could do something similar now, barring those wanted for certain offenses from returning – and, as leaked documents have shown, it currently has “wanted” lists stretching into the millions – but that, too, would bring a serious response from countries with many Syrian refugees.

The regime, therefore, cannot simply decree that millions of its citizens cannot return. It needs to find a way to persuade them never to return and never to even consider returning.

Law 10 achieves that, without overt coercion. By making millions of Syrians choose between returning to Syria to nothing or staying where they are and building a life, the regime has forced the hand of the refugees. For many Syrians, land and property were their main ties to their country. Without them, they have no wealth and no reason to return.

Law 10 goes beyond previous laws that targeted political opponents or those wanted for political crimes. Now the regime is using legal means to collectively punish those who dared to not merely oppose the regime, but to even imagine a life without it. The overwhelming majority of the millions displaced did not take part in anti-regime activity. They merely left to avoid being killed, often by the regime itself. Now Damascus is punishing them for that choice.

As far as Damascus is concerned, these Syrians turned their backs on the regime – and the regime is now seeking pseudo-legal means to turn its back on them.