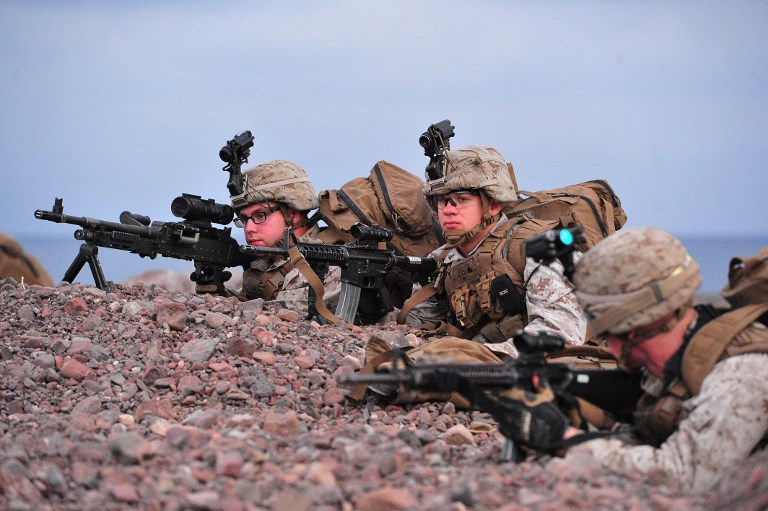 Despite its small size, Djibouti plays an outsized role in geopolitics. Some say the East African nation has the most valuable military real estate in the world. Situated on the Bab Al Mandeb strait on the Red Sea, between Yemen, Somalia and Eritrea, it is at the nexus of international trade and conflict. The Red Sea is the transit route for global commerce through the Suez Canal, and thus requires protection from piracy and the various flare ups along its shores and immediate neighborhood. But such protection, realistically, cannot be sourced from the littoral states. As a result, Africa’s third-smallest country is home to more foreign military bases than any other country. But are those bases going to stick around for much longer?

This question arises because of imprudent decisions being made by the Djibouti government, believed to be at the instigation of China (more on that later). For its president, Ismael Omar Guelleh, has set about undermining the rule of law through random seizures of property. Earlier this year, the government took over control of the Doraleh Container Terminal from the UAE operator, DP World. This was despite the fact that international arbitration in the United Kingdom and court decisions have ruled against the government’s interference in the port project, calling the move unlawful.

The actions of Djibouti’s government with regard to DP World raise serious questions concerning its myriad military relationships with countries that operate installations on its shores. How secure are these bases from confiscation? Are they at risk of getting the boot in a moment of populism? Guelleh, citing “foreign interference” for taking over Doraleh, now is appealing to a populist notion of nationalism to win political points. Will there be more ad hoc decisions that rescind contracts originally inked in good faith, for political ends?

The actions taken by Djibouti could hasten others to seek alternatives to its ports and other facilities. Of course, it is already happening. But the point is that the recent seizure could accelerate decisions to the detriment of Djibouti. After Eritrea became independent in 1993, Ethiopia found itself landlocked. Since then, Ethiopia has depended on Djibouti’s ports for access to vital trade routes. This was not always ideal, of course, because Addis Ababa does not want to be subject to the whims of Djibouti’s president, or any other political force, when it comes to securing vital trade channels. Thus, Ethiopia sought new port options in the de facto republic of Somaliland, in Kenya and in Sudan. Given its close proximity to Addis Ababa, the port of Berbera in Somaliland is unquestionably the best option, but operating in Somaliland is anything but straightforward.

Lacking the resources needed to create a massive port in an unrecognized state like Somaliland, Ethiopia turned to the Arabian Gulf for help. The UAE has a growing military and economic interest in Somaliland. In 2017, it began building a military base in Berbera, while DP World recently struck a deal to manage the commercial operations of the port for 30 years. Subsequently, Ethiopia gained a 19 percent stake in Berbera port, giving it an ownership interest and a measure of comfort.

Unless things change in Djibouti, military and commercial imperatives will force others to reevaluate their tenancy in the country.

Indeed, it is particularly because of Djibouti’s increasingly close relationship with China, which operates its only foreign military base there and has invested heavily in the country, that foreign parties are on course to find other partners. China is clearly most influential among all parties in Djibouti. (Whither its concern about “foreign interference”?) It has provided nearly $1.4 billion to Djibouti for major projects, equivalent to 75 percent of its GDP. Projects in the pipeline include new airports, a new port, an oil terminal, as well as new roads. China’s money in Djibouti – and the resulting indebtedness of Djibouti to China – creates massive leverage for Beijing. And as this grows, questions are rightly raised about how tenable are Djibouti’s other security relationships and how safe are these obligations on the part of Djibouti.

Not, apparently, in the West – or at least not overtly. Not yet. For remarkably, Western countries and others like Japan don’t appear to be swayed by recent developments in Djibouti as well as in the Horn. While European countries have scaled back military operations (maritime piracy in the area has declined), several European countries still share France’s bases in the country. The United States continues to use Djibouti to operate a fleet of drones from two air bases in the country. The US has yet to make any definitive comments on China’s involvement in Djibouti or the actions taken against DP World. While the balance of power is shifting in the Horn, the West has yet to clearly articulate concerns about the serious implication of this for regional security. It should. In fact, it should make clear to the authorities in Djibouti that it must abide by international law and by the contracts it previously endorsed.

The Chinese have constructed a dominant position in Djibouti on the heels of the Belt and Road initiative. Djibouti, however, might want to consider what good is served by being overly beholden to China, by alienating long-time friends who provide for its security and by frightening away prospective investors. Does any of this serve the economic wellbeing and security of Djibouti’s people?